One year after Parkwood housing protests, residents sceptical about promises made

Elaine Cupido is one of 12,000 people on the housing list in the greater Retreat area. She and others like her hope to be next in line for the new housing project announced in 2018. But they might have to wait another three years.

Cupido, who is unemployed, lives with her family in a small Wendy house in the backyard of a council-owned flat in Parkwood.

Walking through her home, Cupido described how difficult it is to care for her paralysed son. She has to take him to the bathroom in the main house because they do not have a toilet. “My two daughters sleep here on the floor and the roof above my son’s bed is leaking,” she said.

The Western Cape Department of Human Settlements told GroundUp last week that building approvals and planning for the whole Greater Retreat Housing project would be completed by March 2022.

“Construction will commence after this date,” said Muneera Allie, department spokesperson. “There are multiple sites for this project that all need to be investigated. Construction could start earlier on sites that have less encumbrances,” she said.

It’s been a year since hundreds of Parkwood backyard dwellers occupied vacant land off Prince George Drive, sparking a slew of protests and clashes with police in the area.

The group highlighted the lack of housing in the area that has resulted in overcrowding. They also complained of high rent, electricity and water costs in the City of Cape Town’s rental flats.

On 23 May 2018, Western Cape Human Settlements Minister Bonginkosi Madikizela visited the area in a bid to restore calm. In a meeting with protesters, he promised them a “lasting solution” to housing problems in the area.

Madikizela returned in August for a joint meeting with the City and residents, where he referred to several sites in southern suburbs areas, including Parkwood, Lotus River and Retreat, which had been identified for possible housing development. 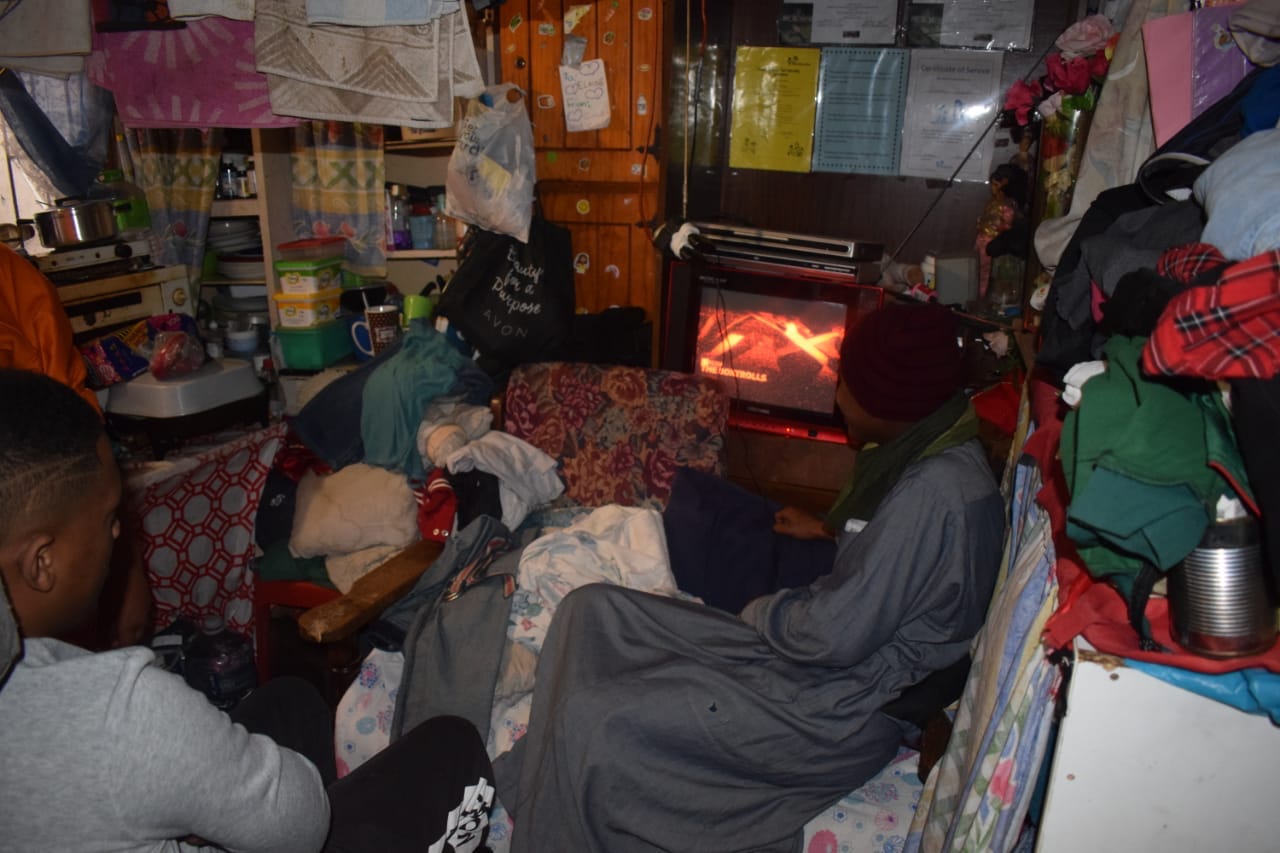 In cold weather Elaine Cupido and her family huddle around a makeshift fire. Photo: Shanice Appels

But if people like Cupido do get a house, it probably won’t be in Parkwood.

In December, a report by the project managers revealed that more than half of the 66 sites initially identified for housing “had encumbrances” which would make construction work harder or impossible. At the time only five of the 66 sites were in Parkwood.

Allie told GroundUp that so far only four of the 66 sites were potentially useable for the project. These sites are currently zoned for single residential homes and “could accommodate between 350 and 400 units should all approvals be in place”, she said.

She would not say whether any of these sites were in Parkwood.

Allie said the department was planning to be on the site around December 2019. This site will accommodate Breaking New Ground (BNG) homes for people earning below R3,500 a month as well as first-time home owners who earn R3,501 to R22,000 and who qualify for subsidies, she said.

Backyarders are sceptical about the department’s promise and have been demanding a timeline for when the project would be completed.

Chairperson of the Parkwood Backyarders’ Association Dominique Booysen said there was growing frustration among residents with the feedback from the department about the project.

“As community leaders we can’t control if a lot of people decide by themselves to protest because they are not happy.”

He said that at a meeting with the department on 3 May, department head Thando Mguli had informed the association that work would start in December, but had refused to reveal the location of the site. “They told us that all of the sites in Parkwood are wetlands so they will first build around us in areas like Plumstead, Ottery and Southfield. … We as the committee are trusting them and hope they will deliver in December,” he said.

Booysen said the names of 300 additional people from Parkwood had been added to the housing database earlier this year because people were “desperate for houses” in the area.

Next:  Cape Town’s hostels to be upgraded