Nazeema Jacobs was homeless for five years. She had never imagined herself sleeping beneath plastic.

Streetscapes sees itself as way to reintegrate homeless people back into society with new opportunities. Started in 2015, it now employs over 50 people, most of whom are homeless. It offers an array of work, including gardening and cleaning services.

There are three gardening sites in the city, four cleaning projects, and a safe house in Kuilsriver, which includes a garden and workshop where woodwork is done.

Jacobs started working in the urban gardening project three years ago in Vredehoek. When she started she “knew nothing” she says. All she did was clean the garden and water the plants, but now she is an all-rounder who also supervises and helps motivate staff. Finding some routine and a steady income through Streetscapes, Jacobs is back in touch with her family and is staying with her mother.

Workers get paid about R2,000 a month and work according to their own capacity. But “If you don’t come, you don’t get paid,” says Laitinen. 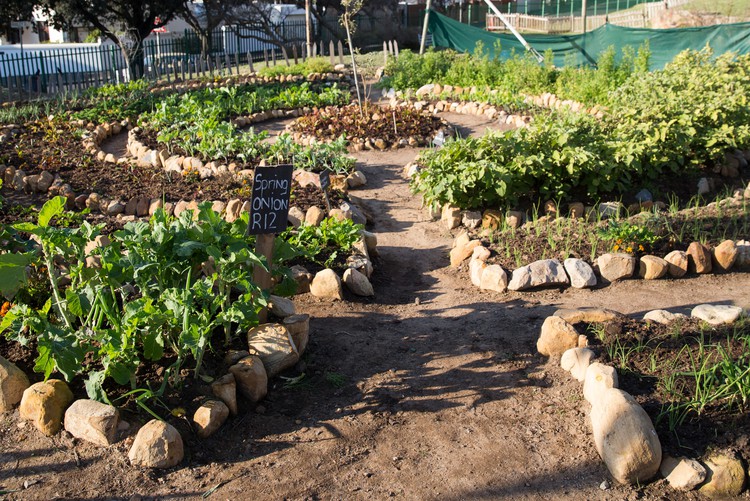 The urban garden in Vredehoek grows many vegetables depending on the season. These include kale, cauliflower, spring onion and beetroot.

Kaylin Mrbral dropped out of school in grade 7 because of problems with her family and drug use. For a number of years she found herself living on the street. Now at the age of 25 and working in one of Streetscapes’s urban gardens, Mrbral has found a new lease on life. Mrbral said that working again has changed her perspective. She feels that she has “taken a step forward … to be a better person”. She has been off drugs for almost a year.

Mrbral is now living in a shelter with her boyfriend. Although it has been difficult, she is starting to rebuild a relationship with her family. She could move back home to Manenberg to live with her parents, but she doesn’t want to. She says: “There’s gangsterism and violence.”

Laitinen said there was a need to create entry level work which gave people “meaning and purpose”.

Streetscapes depends on donations and the sale of its vegetables and services. The project is under the umbrella of Khulisa Social Solutions, a non-profit organisation, and it is a joint operation that includes the Central City Improvement District and the City of Cape Town.

Over 6,000 people are living on the streets according to a study concluded in November 2018 by the City of Cape Town. 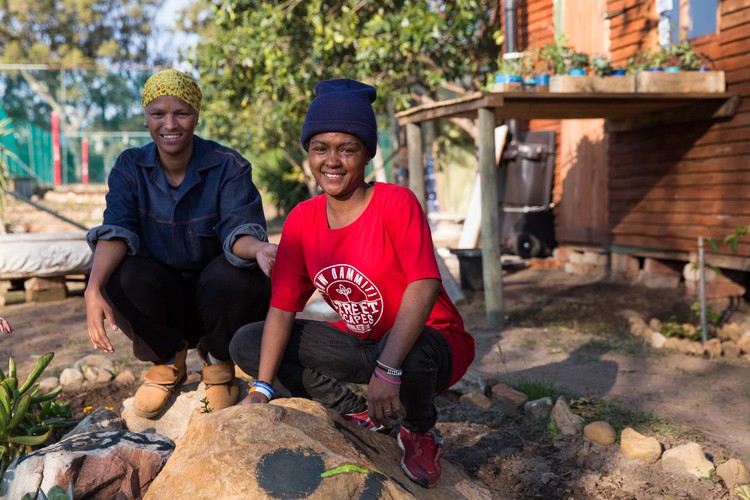 Nazeema Jacobs (left) and Kaylin Mrbral work at the Streetscapes urban gardening project. Jacobs was living on the street but is now staying with her mother. Jacobs completed matric and wants to study home-based nursing. “I love looking after old people,” she said. The only thing keeping her back is a lack of funds.

Previous:  A strike turned violent. The company fired the workers. Here’s what the Concourt ruled