The community has started to rebuild the structure 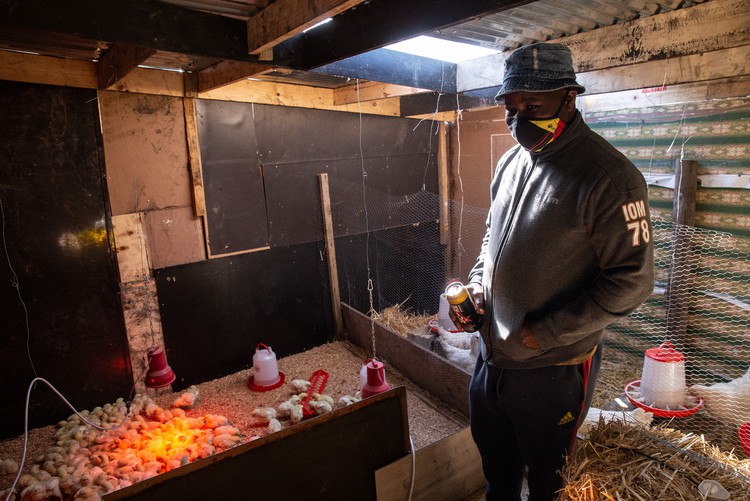 A chicken coop on Michael Khumalo’s recycling centre and farm. Another coop was demolished by the City’s Anti-Land Invasion Unit on Wednesday, leading a group of community members from Vrygrond to protest. Photo: Ashraf Hendricks

A group of Vrygrond residents took to the M5 highway in protest on Wednesday evening after a chicken coop was demolished by the City of Cape Town’s Anti-Land Invasion Unit.

The coop was part of a recycling centre and farm owned by Michael Khumalo, called “Michael’s Workshop”. Community members sell items for recycling and also farm on this plot. Khumalo said that authorities gave them 48 hours to remove the chickens before the structure was demolished.

When GroundUp visited on Thursday, community members were gathering to rebuild the structure.

Khumalo said that the coop was being used for a six-week programme to train youth how to farm chickens. The chickens could then be sold and the money used for starting their own coops. He said this initiative started about five months ago. The coop burnt down on 25 June and was rebuilt. The programme is now on hold.

Khumalo said that the City’s actions were “irresponsible” in the current economic climate. “What more should we be doing? You start a project that helps communities, they are against it. So everyone should just wait to get their R350 from the government?” he said.

In a statement, Mayco Member for Safety and Security JP Smith said that the protest was a response to the removal of structures that had been erected in violation of a court order. “The protestors then attempted to turn that to their advantage and use the opportunity to attack Capricorn Park, but they were successfully blocked by SAPS, Metro Police and Law Enforcement,” read the statement.

The City and Khumalo are in ongoing court proceedings over the closure of his recycling centre. 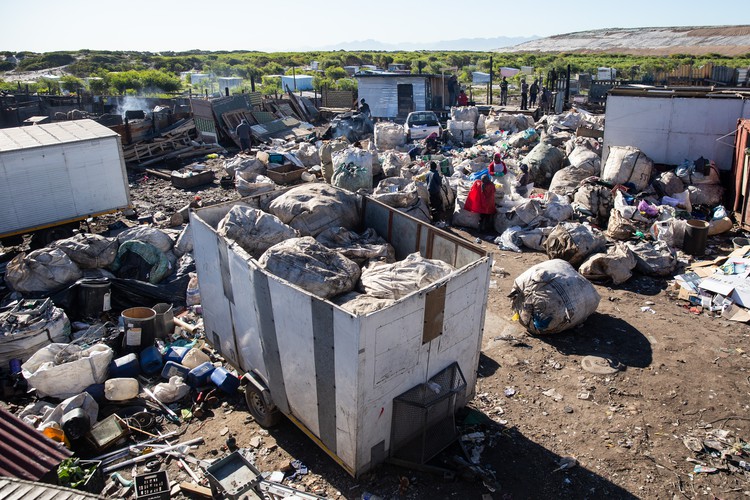 “Michael’s Workshop” is a recycling centre and farm run by Michael Khumalo that supports the surrounding Vrygrond community. He started it in 2011. Photo: Ashraf Hendricks 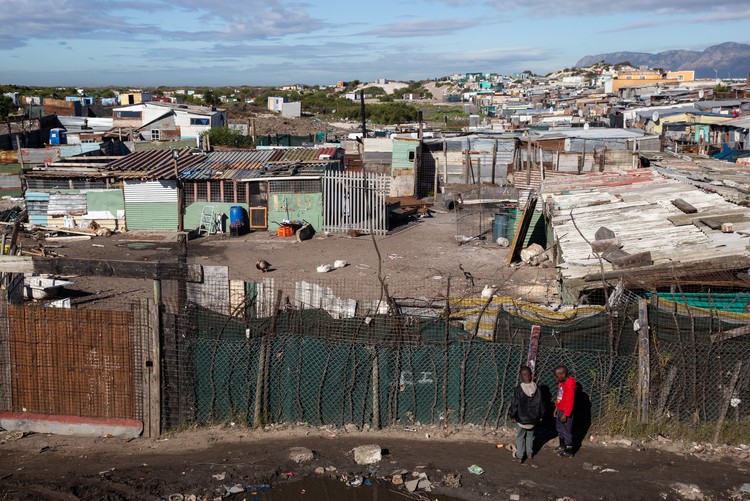 Xakabantu was home to over 1,500 people according to Nonkosi Fodo, secretary of the Vrygrond Community Forum. Photo: Ashraf Hendricks

But it wasn’t just the destruction of the chicken coop that led to the protest.

Nonkosi Fodo, secretary of the Vrygrond Community Forum, said that Xakabantu, an informal settlement surrounding the recycling centre, lacks many basic services such as water and toilets. She said that the community was already frustrated and the destruction of the coop was a trigger. Over the years, the Xakabantu community has seen many homes demolished by law enforcement.

Fodo said the City promised additional toilets and taps at a meeting in May but, to date, these have not been installed.

The City denied making such promises at the May meeting. Xanthea Limberg, Mayco Member for Water and Waste, told GroundUp: “The settlement currently has 30 chemical toilets, which were provided at the onset of the lockdown as part of the Covid-19 temporary emergency response plan. Water is also currently provided via the mobile standpipes. As the settlement is located on land with a court interdict currently in place, no additional taps and toilets to the settlement are provided.”

Fodo said the community is trying their best to follow regulations and stay at home but “they were very cross yesterday”. Fodo says that Xakabantu now has over 800 homes and over 1,500 people.

Tyhalibongo told GroundUp: “The site referred to as Xakabantu is on City-owned land and it is not eligible for housing as it forms part of the False Bay Nature Reserve. The City has had ongoing consultations with the group over a number of years about the ongoing attempts to illegally occupy this land.”

“I really hate what law enforcement did,” said Celiwe Mtyelwa, who has been living in Xakabantu since 2018. She has an eight-month-old baby.

Mtyelwa and a handful of other community members came to the recycling centre to help rebuild the chicken coop on Thursday.

Khumalo has 25 employees, and said that 300 waste pickers come to his recycling centre every day.

“It’s something that’s sustaining the community,” he said. Without it, he said, “You’ll be encouraging people to do crime, because these people have been relying on this as a constant source of income.” 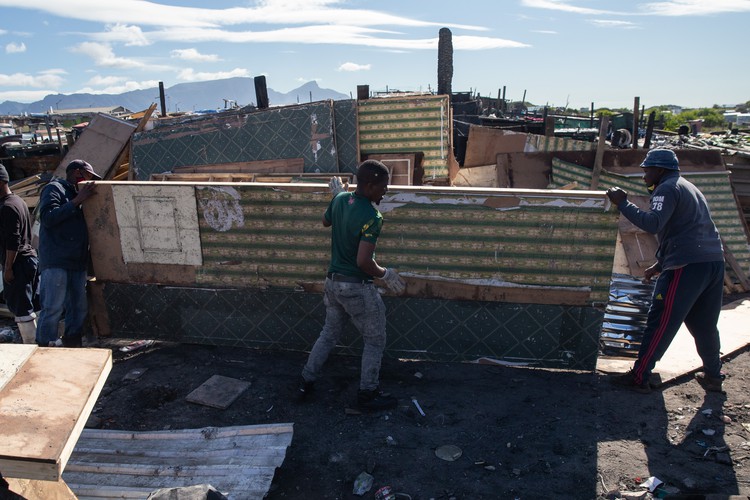 The day after the coop was demolished, community members came to assist Khumalo to rebuild the structure. Photo: Ashraf Hendricks

Next:  Formal inquest into Life Esidimeni deaths to start on Monday

Previous:  Khayelitsha’s toilets choked with filth despite mayor’s promise to clean up

I think Michael Khumalo is trying to help and train people during a hard time. He should be getting an award of community builder of the year instead of being chased out by law enforcement. The government is supposed to be supportive in this initiative as it is eliminating crime amongst the youth.