Formal inquest into Life Esidimeni deaths to start on Monday 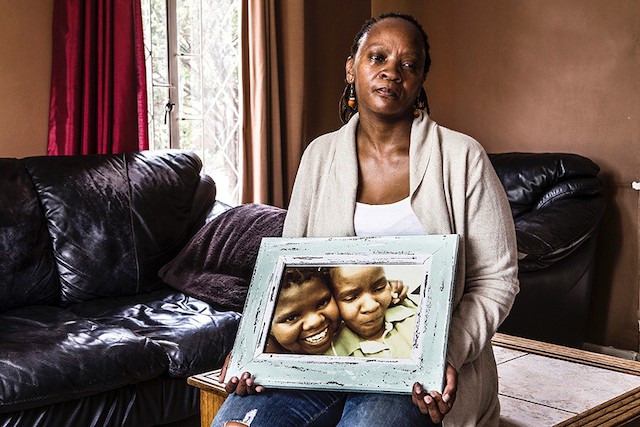 A formal inquest into the deaths of 144 Life Esidimeni patients with mental illness is set to start on Monday.

The inquest comes five years after the tragedy where 144 people with mental health problems died due to the negligence of the Gauteng Department of Health after they were removed from Life Esidimeni in 2016. Over 2,000 patients requiring specialised care for their chronic psychiatric issues were moved to small, unfunded, unsuitable NGOs.

The inquest will be heard at the Pretoria High Court, before Judge Mmonoa Teffo. SECTION27 will represent 44 families at the inquest.

SECTION27’s Umunyana Rugege said the inquest is to investigate the possible criminal actions by officials that led to the deaths. She was speaking at a joint briefing on Thursday with the South African Depression and Anxiety Group (SADAG) and the Life Esidimeni Family Committee.

“The judge, having listened to all the evidence, will have to figure out the identity of the deceased, the cause or the likely cause of death, and whether the death was brought about by any criminal actions or omissions.

“This will assist the NPA [National Prosecuting Authority] to decide if the officials were part of the cause of the deaths of the 144 people and will then proceed to prosecute. That will be a decision of the NPA, the judge will not direct if prosecutions will take place,” said Rugege.

Following the tragedy, Health Ombud Professor Malegapuru Makgoba was asked by the Minister of Health to investigate the deaths of patients.

In line with recommendations made by the Ombud’s report, former Deputy Chief Justice Dikgang Moseneke facilitated an Alternative Dispute Resolution between the government and the families of the deceased as well as survivors. The arbitration began on 9 October 2017, SECTION27 stated.

“The outcome of that arbitration was findings of unconstitutional conduct, but also importantly, compensation was awarded to the family and those affected,” said Rugege.

“That’s an important outcome because it really is a way in which the constitutional violations are recognised by a legal proceeding, and for the government to feel the pain. That compensation is also an important part of the continuum of justice that we are seeking.”

The NPA has about 30 witnesses to give evidence, said Rugege. She said post-mortem reports have also been made available and will be part of the inquest.

“The information that is really critical to understand is where mental health fits in the health system and the fact that mental health is a deprioritised issue within health,” said Rugege.

Christine Nxumalo of the Life Esidimeni Family Committee said families who had lost loved ones were hoping to get closure from the inquest, and hopes that those responsible will have to account. Nxumalo lost her sister Virginia Machpelah after she was placed in an NGO. “There have been 144 deaths, and those are only the ones we counted at a specific time. Many more died after that. To not have anybody held accountable would be nothing more than getting away with murder.

“We’ve walked a very long path as families to get to this point. We understand that the process has to link the evidence to certain individuals for them to be charged. So we are bracing ourselves, that hopefully, the evidence will result in them being charged and going to jail.”

In May 2021, family members along with health activists launched the Life Esidimeni Memorial Portal: an online memorial and advocacy platform which offers links to helplines and counselling services that offer referrals, information and support.

Author Harriet Perlman was part of the team that conducted interviews and visited the families to note their experiences over the last two years. “We want to keep the story alive. It’s very easy when people are lost in tragedies to think of them as numbers. But they are names, people, loved ones who died in horrific circumstances.”

Nxumalo said families will be launching a petition for a memorial to be built in remembrance of their loved ones. “We don’t just want a memorial that’s just a stone. We want a living memorial: A hospital, where people with mental illnesses can come and actually get the help they need.”