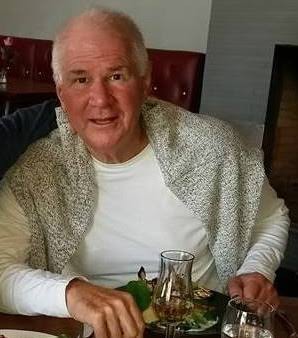 Diethelm Harck was cross examined in Tuesday for an upcoming case on the right-to-die. Photo supplied

A “crusader” for euthanasia who has been influenced by his palliative care doctor and co-litigator in a legal bid to legalise euthanasia in South Africa, is how Advocate Vas Soni, representing the ministers of Health and of Justice and the National Director of Public Prosecutions, who are all opposing the bid, characterised Diethelm Harck and Dr Suzanne Walterby.

Harck, who is afflicted with Motor Neuron Disease (MND), and Walter, who has multiple myeloma, have been giving evidence on commission before retired Judge Neels Claasen to be used when the matter goes to court.

Cross-examining Harck on Tuesday, Soni suggested that he might not have been properly diagnosed. He said the last time Harck had had tests was in 2013, and the diagnosis had been “presumptive MND” with a recommendation that he had further testing. This had not been done.

Soni said the defendants’ own palliative care expert, Baroness Ilora Findlay would testify about the importance of an accurate diagnosis. She would also testify that the attitude of the doctor treating terminally ill patients had a profound influence on the patient and how he or she perceived what lay ahead.

Harck started seeing Dr Walter in Johannesburg in 2016 and only stopped seeing her in 2018 when he moved to the Western Cape.

Findlay said most pro-euthanasia campaigns were conducted by people with “ strong personalities” who were emotionally vulnerable and feared a lack of care.

Hack responded: “I can concur that I have a strong personality. I do feel emotional and physically and psychologically vulnerable.

“I do feel the appropriate levels of support are missing. And those are medical assisted suicide and physician-assisted euthanasia.”

He denied being a crusader, saying: “I do believe the choice of death to be an individual and personal matter.”

Referring to the many different cultures and economic realities in South Africa, Soni said Harck was not seeking an exception to the law, but wanted to change the law for everybody. “And that is why the court has to take a wider perspective and not just the perspective of a particular group of people.”

Advocate Adrian D’Oliveira, for the Health Professionals Council of South Africa, which is also opposing the application, said he accepted Harck’s diagnosis, but he noted that it had been eight years since the diagnosis was made. Life expectancy with MND was usually two to three years.

Harck agreed that the disease’s progression had “thankfully” been gradual.

D’Oliveira said, just as when a patient is put under general anaesthetic, it is possible for experienced medical doctors, in the context of palliative care, to sedate patients similarly.

Harck said he agreed, but he had witnessed a dying person screaming in pain whilst heavily sedated.

D’Oliveira said it was possible that the patient had not been properly sedated.

“You have a legitimate fear of reaching a point where you fear living and being in that conscious place where you are unable to die,” said D’Oliveira. “But medical doctors at the moment can make you unconscious so you don’t have to experience anything. You will feel no pain. There is no need for the law to change to accommodate your needs to get out of that trap.”

The advocate said even in countries which permitted euthanasia, patients were rendered unconscious before they died “which is exactly the way it ends for someone who is terminally sedated.”

He said it was also possible to “call time” and ask for life-supporting oxygen machines to be removed, ask for sedation and die peacefully.

Harck said, “I understand the process. I don’t know if it’s peaceful”.

Next:  Covid-19 leaves immigrants desperate for help with food

Previous:  “Most of our members are at Nkandla”: MK veterans say they’re not behind Sunday’s attacks on immigrants