Gqeberha is losing the war on dumping 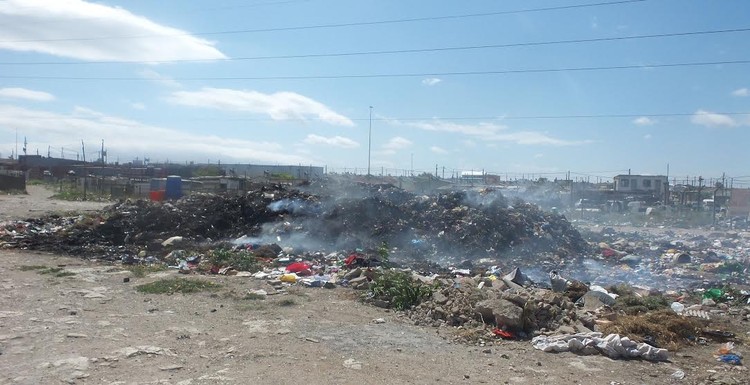 Families in some parts of Nelson Mandela Bay, like Powerline informal settlement have resorted to burning their rubbish. Photos: Joseph Chirume

The Nelson Mandela Bay Municipality is losing the war on illegal dumping.

Spokesperson Mamela Ndamase told GroundUp there are 1,973 illegal dumpsites in the municipality according to the latest audit. The municipality clears on average 125 sites a month. But with no budget for security to guard the cleared sites, rubbish is often dumped there again, and when municipal rubbish trucks break down, residents say they have no option but to dump their rubbish.

The dumpsite outside Mnqophiso Primary School was finally cleared this week after a GroundUp article, but residents are sceptical that the area will stay clean. 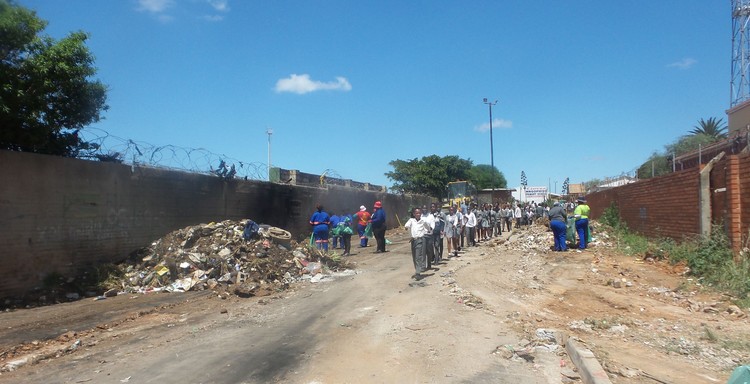 Learners from Mnqophiso Primary School celebrated when the dumpsite outside their school was finally cleared. But residents fear the area will not stay clean.

During the clean-up, Mayco Member for Public Health, Thsonono Buyeye, acknowledged the “massive backlog” of clearing dumpsites. Buyeye said breakdowns in rubbish collection had prompted illegal dumping but “this has since been resolved.”

Nomalungelo Mpompi, who lives near the school, said people who dump in the area come from other areas.

“People who are dumping outside the school don’t stay here. They come at night and we hear the sound of their wheelie bins. They are afraid of polluting their areas. The municipality should fence off the area,” said Mpompi.

Nozibelo Mtimkhulu, who also lives near the school, said she was sure people would dump rubbish there again.

“There is a need for a permanent solution to illegal dumping in this area. People will dump tonight in the same area and this will keep on going.”

She said the municipality should consider employing “peace officers” to guard public spaces. 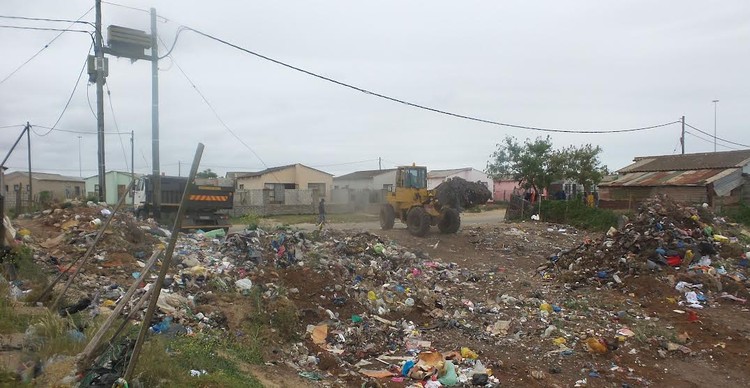 Ndamase said 42 peace officers had been recruited through the Expanded Public Works Programme for a period of five months, to enforce municipal by-laws at landfill sites and hotspots.

Ndamase said the budget of R12-million a year for clearing of dump sites and public awareness campaigns was not enough to include the hiring of security guards.

She said the main issue was to “change the mindset of residents”. 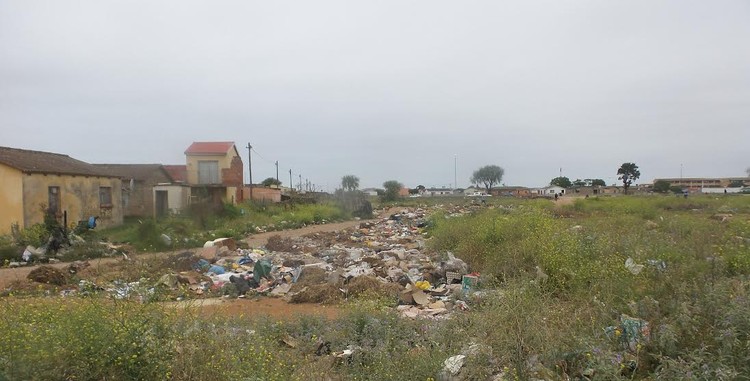 There are nearly 2,000 illegal dumpsites in the metro.

Next:  eThekwini flooded with sewage due to treatment plant failures