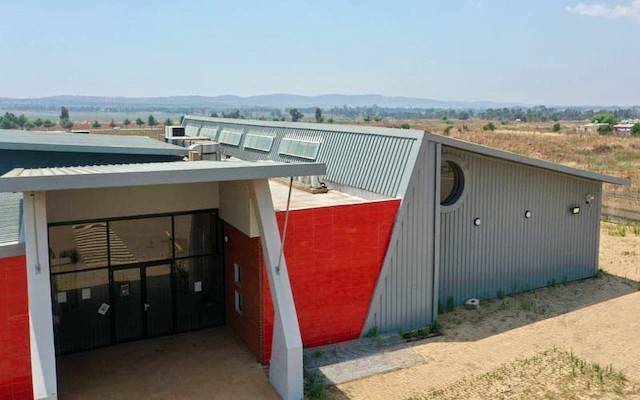 Work started on the Lehae Library in 2015. It has never opened. Photo supplied by Threshold Project Developers (fair use)

The City of Johannesburg has broken a promise to open the R23-million Lehae Library by July.

Construction started on the library in 2015 and it was due to open by 2018. The Johannesburg Development Agency and the City have blamed each other for the delays.

In January 2022, the City told GroundUp that the Lehae Library would be open by 1 April. This date came and went.

Disappointed youth in the community picketed outside the gates in June, demanding the library start operating. The City said then that the library needed repairs due to “extensive storm damage to electricity supply” and that it would be handed to the Community Development Department for opening before the end of the financial year, which ended in July.

However the library is still closed, while people spend money to travel to the nearest library some 30 kilometres away in Roodepoort.

“The youth have to spend money and travel to other communities to access library services. Many cannot afford data for their research assignments. It is painful. Young people have lost hope in the government. We are fed with empty promises,” said Bona.

He said the Youth Club has done door-to-door petitions and online petitions, calling for community support in their demand for the library to open. To date they collected 450 signatures in-person and over 600 via the online petition. “We have engaged the local councillor, and also asked some influential people to sign our petition…”

Bona said he fears that if the library stays closed the building might be vandalised.

City spokesperson Nthatisi Modingoane on Tuesday said that the City was not in a “position to give a date” for the reopening.

On Thursday, the Johannesburg Development Agency told GroundUp, “The completion of the project was delayed due to poor performance by the contractor. The JDA appointed a replacement contractor and can confirm that all construction has been completed.

“The JDA and the City are finalising the process of getting an occupational certificate. This will allow the library to be open for public use.”

Next:  Gqeberha is losing the war on dumping