Small-scale fisheries have been given a 15% squid quota 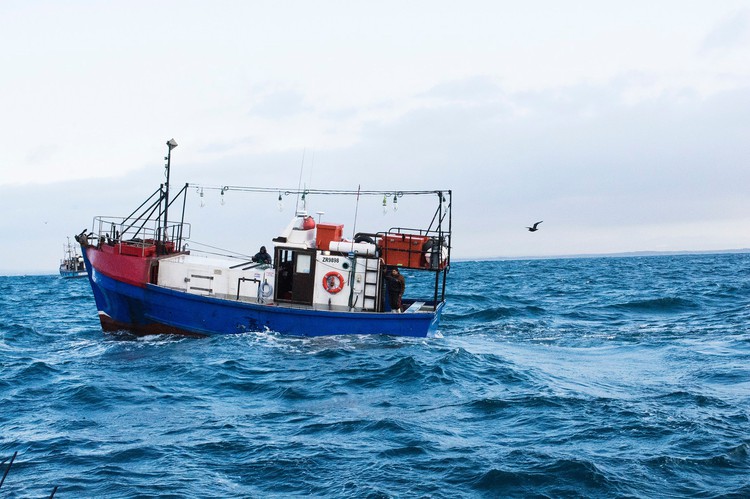 A fishing boat from an article on chokka (squid) fishers in 2017. Archive photo: Navar Classen

A group of 40 small-scale fishers in the Eastern Cape this week finally realised a long-held ambition to go to sea to catch squid. They were joined by their friends and relatives at Gqeberha port to celebrate the occasion.

The small-scale fishers are from a dozen fishing cooperatives in the province awarded licences to fish various species that have been the monopoly of large commercial fisheries. The Department of Forestry, Fisheries and Environment recently awarded them a 15% fishing quota. The fishers will operate a profit share scheme.

Nomthandazo Mzimkhulu said, “My husband has been a fisherman for more than 30 years. He has worked for various boat owners but our livelihood has never changed because black fishermen are exploited and paid meagre wages. It is now good that the government gave them the right to fish and sell squid on their own.”

Some permits were issued by Minister Barbara Creecy in 2019, but there were delays in implementation. There was disagreement between the ministry and the South African Squid Management, Industrial Association (SASMIA) over the quantity of squid small-scale fishers should be allowed to catch. The fishers also did not have their own boats.

Letap Fisheries, a commercial outfit, stepped in, offering them six boats and assisting them with marketing their fish for export.

Xola Ngcanga, chairperson of the Eastern Cape Black Fishers Association, said four boats set out on Tuesday and Wednesday. “We are glad that our dream of catching squid has materialised. We will be adding other species soon.”

“We have a membership of 92 people with twelve of them being women. Men go to the ocean to fish while women process the fish and package them. These women have vast experience in the processing of fish as they have worked before in commercial factories,” said Ngcanga.

In a statement on 17 June, Creecy said the 15% quota would help alleviate poverty in fishing communities. “Prior to this decision, squid was not in the basket of species available to the 15 cooperatives and 600 individual small-scale fishermen and women who operate in the areas of the Eastern Cape where squid is harvested. Across the world, small-scale fishermen and women play an important role in promoting household food security and providing livelihoods.”

Deon Spandiel, chairperson of Eastern Cape Khoisan Small-scale Fisheries, said, “Most of our members have vast experience in fishing gained after working for commercial fisheries.”

He said the squid season is very short but picks up in the summer season.

“The small-scale fishermen and women come from Jeffreys Bay, St Francis, Gqeberha and Kareedouw. This is a landmark relief offered by Minister Barbara Creecy who agreed that we should start on 1 July,” said Spandiel.

Mzimkhulu stays in KwaDwesi with her family of twelve. They depend on their grandchildren’s social grants.

Research by the Centre for Integrated Post-School Education at Nelson Mandela University on small-scale fisheries found that by 2018, small-scale squid fishers who were forced to work for big fishing companies earn as little as R2,297 for 17 days out on a boat. “For about four months of the year there is no work. Hence the small-scale squid fishers remain impoverished unless they can have the opportunity to catch squid themselves.”

Ngcanga said the fishers will spend 21 days at sea and as seasonal workers they will get R15 per kg.

Henry September, a member of the Eastern Cape Khoisan Small-scale Fisheries, said, “This is a very important step towards the empowerment of small-scale fishermen. They do all the dirty work but have never been allowed to fish squid and other lucrative species for themselves. Squid is the gold of the ocean and commercial fisheries are raking in lots of money from the monopoly.”