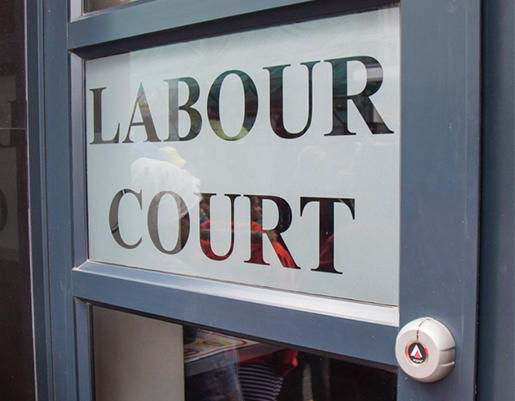 Three workers who were dismissed for refusing to take a polygraph test by their employer are heading to the Labour Court next month. Archive Photo: Ashraf Hendricks

Three workers who were dismissed for refusing to take a polygraph test by their employer are heading to the Labour Court next month. The workers are asking the court to set aside a Commission for Conciliation, Mediation and Arbitration (CCMA) arbitration award, claiming it was “grossly flawed”. The workers also want to be reinstated.

The problem for the workers began in January 2018 when the employer, Silveray Stationery Company, noticed stock losses of about R170,000. The company then asked 12 employees to take polygraph tests. This would be used as a “tool to assist investigations” and to “narrow or focus on a potential group or area to conduct investigations,” according to the testimony given during the CCMA arbitration hearing.

Three of the workers had repeatedly refused to take the polygraph tests. After receiving final written warnings, the workers were dismissed for breaching their employment contracts and insubordination.

The workers initially took the matter to the CCMA in 2019, which ruled on 15 April 2019 that the workers’ continuous “refusal to undergo polygraph test[ing] was serious, deliberate and persistent” and that their dismissals were fair.

Professor Colin Tredoux, a professor of Psychology at the University of Cape Town, testified at the CCMA that polygraphs are psychological tests and that they are scientifically unreliable.

Tredoux said to GroundUp that polygraph tests are unable to definitively detect whether someone is telling the truth or lying, since deception is not the only thing that could trigger a “lie” on a polygraph test.

“What they measure is physiological arousal. They measure anxiety; this is probably the best way to characterise what they actually measure,” he said.

The polygraph does this by measuring changes in sweat, heart rate, and breathing. Being anxious about losing your job, but still telling the truth, could easily cause an inaccurate polygraph test.

The workers’ application will be heard in the Labour court in August. According to the heads of argument submitted to court, the workers argue that the CCMA commissioner failed to consider the labour legislation on the reasonability of polygraph testing. They plan to show that the tests are prohibited under the Employment Equity Act which states, “Psychological testing and other similar assessments of an employee are prohibited unless the test or assessment being used (a) has been scientifically shown to be valid and reliable; (b) can be applied fairly to all employees; and (c) is not biased against any employee or group of employees.”

They also argue that the commissioner ignored relevant evidence given during the hearing, including that of Prof Tredoux.

In its court documents submitted to court, Silveray argues that “polygraph testing was important to prevent stock losses” and that “compulsory testing was a reasonable command”.

The company also said that if deception was detected on the three employers, they would not have been dismissed in the absence of further evidence.

Komnas Poriazis, a former legal officer for the General Industrial Workers Union of South Africa, who represented the workers, said that workers shouldn’t “be subjected to unscientific tests” and that they therefore “should be permitted to refuse to undergo polygraph tests”.

Silveray has opted to refrain from commenting until the case is finalised. It is due to be heard on 12 August.

Next:  As many as 750,000 children have dropped out of school during the pandemic