Bo-Kaap protesters in stand-off with crane

Four people arrested in clashes with police over new development

About 50 protesters gathered at the corner of Buiten and Buitengracht Street on Tuesday. Their aim was to prevent a crane from entering Bo-Kaap and making its way to a development on 40 Lion Street.

On at least two occasions, riot police officers forced them out of the street using shields and stun grenades. According to SAPS, four people were arrested.

“This protest was initiated by the community at large. We don’t want the [40 Lion Street] development to go further,” said Mishkah Samie, spokesperson for the Bo-Kaap Civic and Ratepayers Association. The development she referred to is a 12-storey apartment block being built by BLOK Urban Developers.

“Whether they have an interdict or not, we have the right to peacefully protest,” said Samie. BLOK was granted an interim interdict by the Western Cape High Court on 9 November preventing certain members of the community from interfering in any way with building on the site. 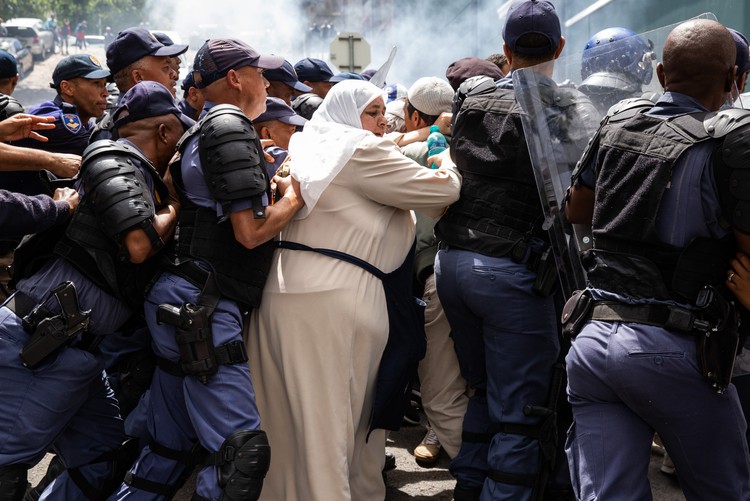 53 year old Fatima Isaacs was one of the protesters. Isaacs stayed in Bo-Kaap thoughout her youth.

“Today is a clear indication of how we were bullied by the police. They fired stun grenades at children and adults. We are just people fighting for our community. How dare they come and intimidate us like this. I’m absolutely heartsore. You don’t do that to a community,” said Samie.

“We don’t want that crane in here, to add to more gentrification and destruction of our community,” said Jacky Poking, an activist and Bo-Kaap resident. Poking said that Bo-Kaap is a community of families. “Not elitist. Not privileged. Bo-Kaap is about community.”

On one occasion residents stood firm praying before being forcefully moved into a side street. Then the crane made its way up the steep hill only to find itself stuck, unable to move further. Residents cheered every time smoke billowed from the truck’s wheels as it screeched, unable to make it up the hill.

A tow truck later arrived, but the crane still could not be hoisted up to the construction site. The crane then made its way back down to cheers from the protesters as it exited Bo-Kaap. However, after GroundUp left the scene, a crane was successfully brought back to the building site.

“I wasn’t violent. We weren’t burning tyres. It was just a peaceful protest. We’re fighting for our homes here,” said Razeem Diedericks, one of the protesters that was arrested.

Speaking from inside the police van, Diedericks said that BLOK didn’t care about the community. “BLOK threw the people out in Bromwell Street [in Woodstock],” he said. 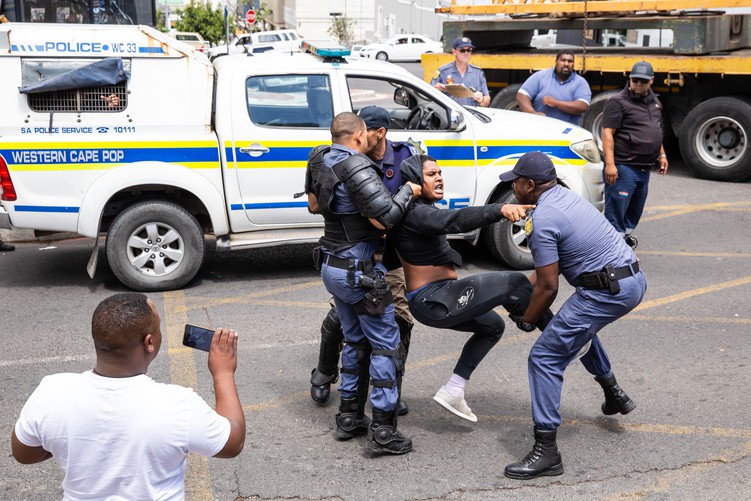 Diedericks has lived in Bo-Kaap his whole life and he would like his three children to do the same. “Thats where gentrification comes in. With all these buildings that’s going to come up, we won’t be able to afford our rates and that’s when they’re going to get us out.”

Asked whether the Bo-Kaap Civic is open to negotiating a compromise with the developers, Samie responded, “Absolutely not, it is not about negotiations. Our area has a housing issue. That land [40 Lion Street] could have been used for housing for people of our community.”

Samie said she looked forward to the court date on 6 December when the Western Cape High Court will hear arguments about making the interim interdict final. “The interdict was violated by members of the community interfering with the delivery of the crane,” said Lauren Fine, a lawyer at Norton Rose Fulbright who is representing BLOK in the matter. 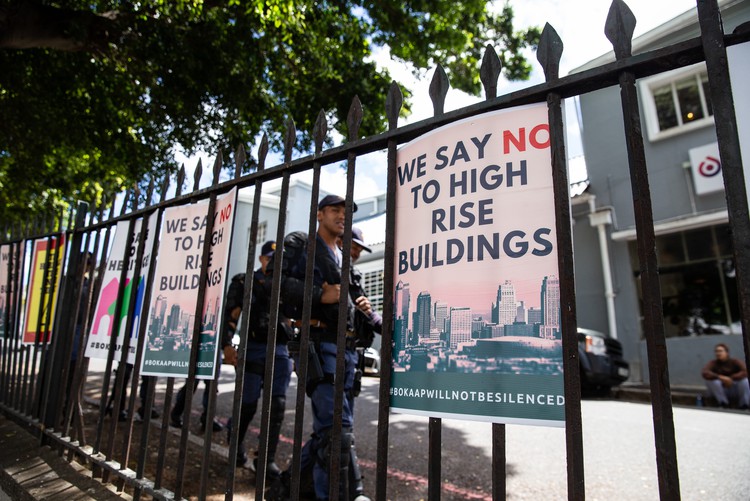 Riot police moved protesting residents in order for a construction crane to get to the site. 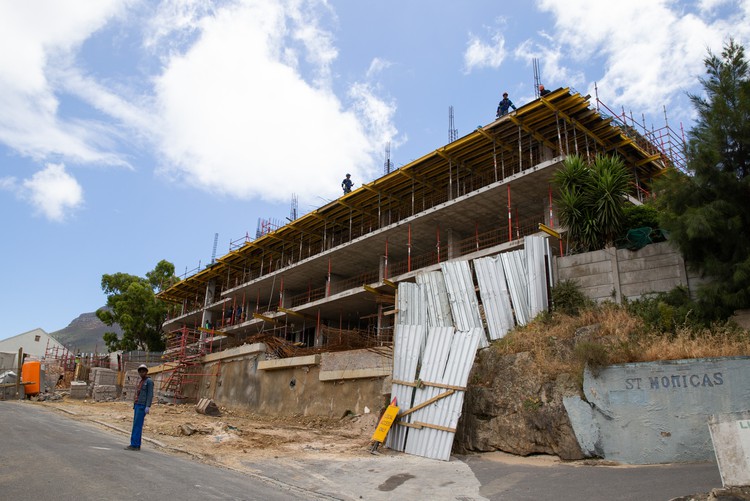 The construction site is owned by BLOK. 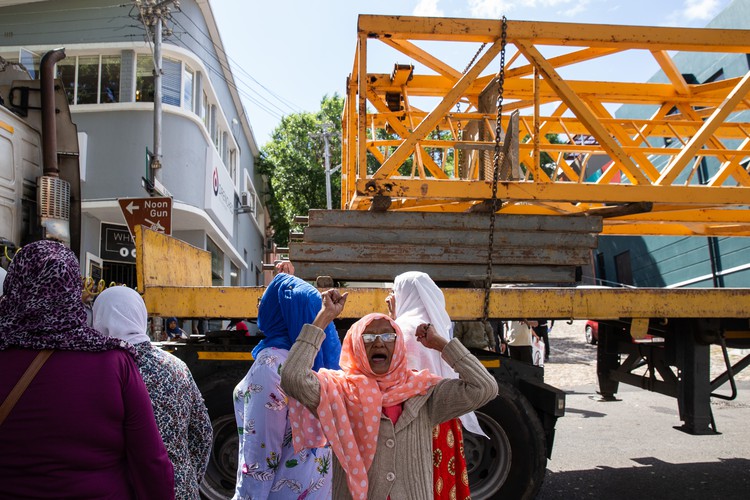 Residents cheered after the crane left Bo-Kaap, unable to make it to the construction site. However, later a crane was successfully brought to the site.

Previous:  Inside the Pietermaritzburg mortuary where workers are on a go-slow

Housing should be for the people, not for the few rich ones who want to use land to build a high rise developments. We see it here in Britain and it is disgusting how many homeless people we have while high rise flats go unsold. But as long as the developer makes their money they are happy.

People allowing this misuse of local resources are not doing their best for the people of the area and should think again.