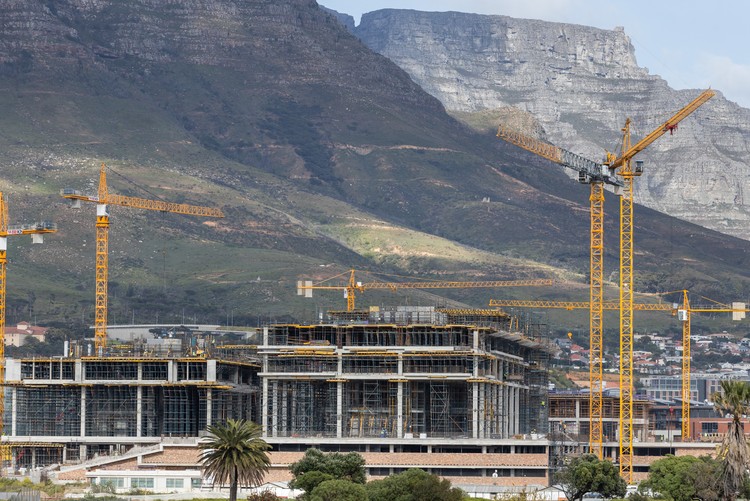 Construction of the controversial multi-billion rand development at the River Club in Observatory continues despite legal challenges. This is how it looked on Friday 23 September 2022. Photos: Ashraf Hendricks

Construction of the controversial multi-billion rand development at the River Club in Observatory continues despite legal challenges to the development.

Last week, an urgent application for an interdict was brought by the Observatory Civic Association (OCA) against the developers, Liesbeek Leisure Properties Trust (LLPT) for resuming work despite a court order to halt construction, pending the hearing of a contempt of court application.

After hearing the application on Friday 2 September, Judge Mokgoatji Josiah Dolamo determined that the OCA’s application was not urgent, and ruled in favour of the LLPT directors, who were cited as respondents in their personal capacity.

This was the second time the OCA had brought an urgent application to halt work on the site.

The first application, brought by the OCA and the Goringhaicona Khoi Khoin Indigenous Traditional Council (GKKITC), pending a review of the development authorisations granted by provincial and municipal authorities, was heard by Deputy Judge President Patricia Goliath in January.

Goliath handed down her judgment on 18 March, which ordered LLPT to halt construction. Judge Goliath said if work were allowed to continue, there was a danger of LLPT building themselves into an “impregnable position”, as the development, which is to also house the new Africa headquarters for Amazon Web Services, could be essentially completed by the time a review of the development authorisations would be heard.

She stated there had been insufficient meaningful consultation by the developers with indigenous Khoi and San nations who viewed the site at the confluence of the Liesbeek and Black Rivers as sacred.

Heritage assessments have determined the site to be of significance as it is where Dutch settlers first displaced the Khoi from their traditional grazing lands.

Judge Goliath rejected the LLPT’s leave to appeal her order, but the Supreme Court of Appeal (SCA) subsequently granted them leave to appeal. The LLPT resumed work on the site at the end of June. 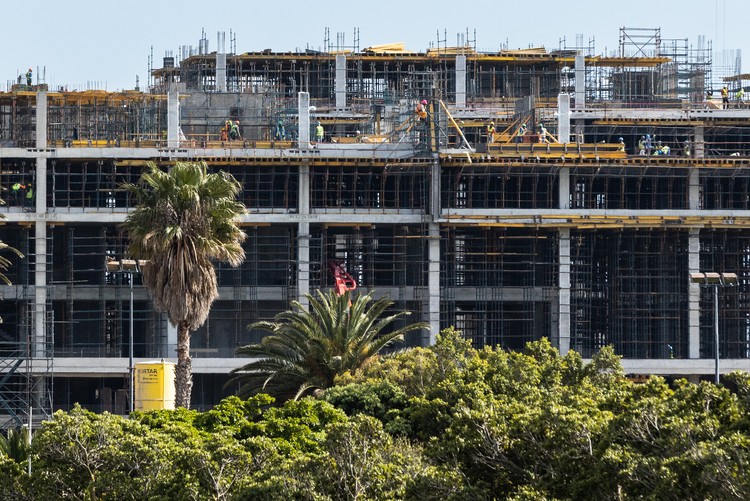 Construction continues at the River Club.

LLPT’s lawyers argue the appeal, which is set to be heard by a full bench of the Western Cape High Court on 11 and 12 October, nullifies the High Court order. Lawyers for the OCA, however, contend Goliath’s order was interlocutory, meaning it remains in place until or unless the court rules otherwise.

This dispute about the interpretation of Judge Goliath’s order led to the OCA filing a contempt of court application, which was supposed to be heard on 22 August. However, the contempt of court hearing was delayed and has still not been heard.

However, attorney Tim Dunn, on behalf of people claiming to be the legitimate representatives of the GKKITC, applied to intervene in proceedings on 22 August, the day of the hearing. Dunn’s clients claimed GKKITC Supreme High Commissioner Tauriq Jenkins, who had led the organisation in litigating against the development, had no authority to do so. An earlier attempt by Dunn to depose Jenkins on an urgent basis in July had been struck off the urgent roll by Judge Chantal Fortuin.

Dunn’s clients seek a rescission of Goliath’s judgement, claiming it was fraudulently obtained as Jenkins had no authority to litigate on behalf of the GKKITC. The rescission application is now set to be heard with the appeal before a full bench on 11 and 12 October.

In a joint statement, Jenkins and OCA chair Leslie London state it was Dunn’s failure to then file papers by 19 August in this regard that led to the contempt of court matter not being heard on 22 August. Jenkins and London state they are “disappointed he [Judge Dolamo] did not recognise this”.

With the contempt of court hearing being pushed back and construction continuing apace, the OCA, now acting alone due to the allegations against Jenkins, instructed attorneys Cullinan & Associates to apply for an urgent interdict to halt further work on the River Club site.

Judge Dolamo, however, ruled the application was not urgent, stating any urgency in the matter was self-created by the applicant, being the OCA. As a result, he did not rule on whether Goliath’s order was final or interlocutory, leaving that for the contempt of court hearings.

He also allowed the GKKITC, as represented by Dunn, to withdraw from the review of the development authorisations and be cited as respondent in the matter, rather than as applicant.

In a statement, the OCA said it was unclear what Judge Dolamo’s findings “regarding the individuals who claim to represent” the GKKITC means, as they did not apply for any relief related to appeal against Judge Goliath’s original order.

The OCA stated the contempt of court hearings were yet to take place, and the court could still find that resuming work on site had been illegal.

In a statement posted on Facebook, LLPT welcomed Judge Dolamo’s ruling, and stated the work on site “continues lawfully” pending the outcome of the appeal against Judge Goliath’s order to be heard on 11 and 12 October.

Next:  Hundreds march to Parliament, calling for action against climate change

Previous:  Vrygrond will have to wait more than five years for a police station