Just before 7am Malk Gabriel is wading through peak-hour traffic in the Cape Town city centre, pushing a heavily-laden trolley to an informal stall.

While making his way from a storeroom in Caledon Street to the Grand Parade, the trolley loses balance and Gabriel battles to keep it from veering into oncoming traffic. He eventually makes it to the Parade with some help from the stall owner.

Gabriel, 23, from Tanzania, has been in South Africa for seven years. He lives under a bridge in the city after relocating from Pretoria.

Finding a job as a homeless person is tough, he says. 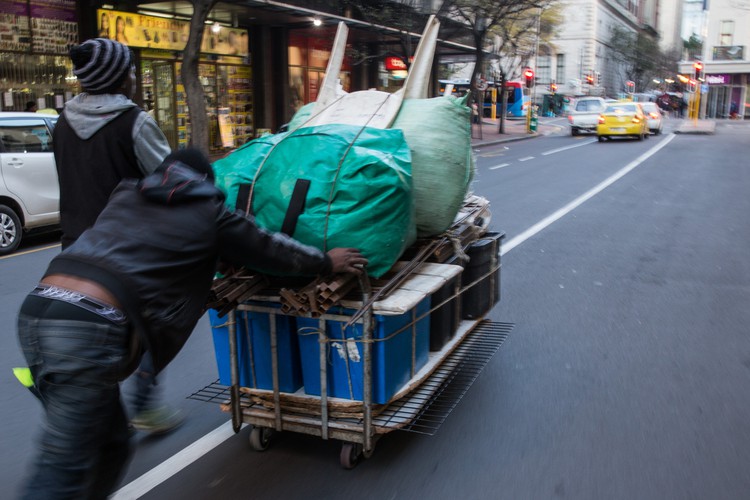 Trolley pushers have to work hard and competition is high

Sibongile Mpanbani, 26, pushes trolleys from the storeroom in Caledon Street for five stall owners. He gets paid anything from R10 to R30 per trolley. He can earn between R100 and R300 per day.

Between pushing trolleys in the morning and again in the evening, he helps carry people’s groceries at Shoprite and luggage from the taxi rank to the long distance busses.

Mpanbani moved from the township to the streets of the city earlier this year to be closer to work prospects. 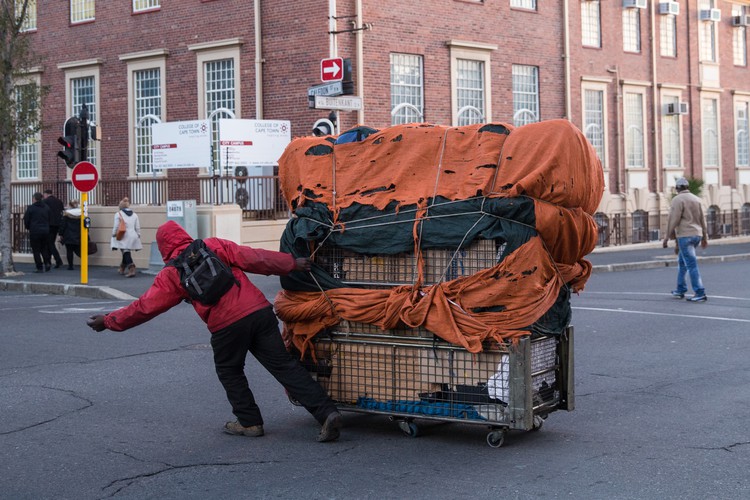 At the storeroom, trolley pushers wait for clients. Some take advantage of the morning rush and try to poach clients by getting to the trollies first. When Mpambani is challenged, stall owner Allan Kamau, from Kenya, tells the group, “I want him [Mpambami] to push, and I am only going to pay one person.”

Kamau’s stall is in Darling Street near Shoprite. Mpambami often helps to set it up and pack out the merchandise.

Mpambani moved out of his family home in Crossroads so as not to burden his widowed mother. His eldest sister is married and has her own stall at the Parade. He is the second youngest of five children and he dreams of starting his own business.

Kamau says he pays his helpers according to how much he makes during the day. “I’ve just asked [Mpambani] to accept R10. Yesterday, I pushed the trolley myself because I made nothing the whole day. If it’s a good day, I pay R30. He needs me and I need him,” he said. 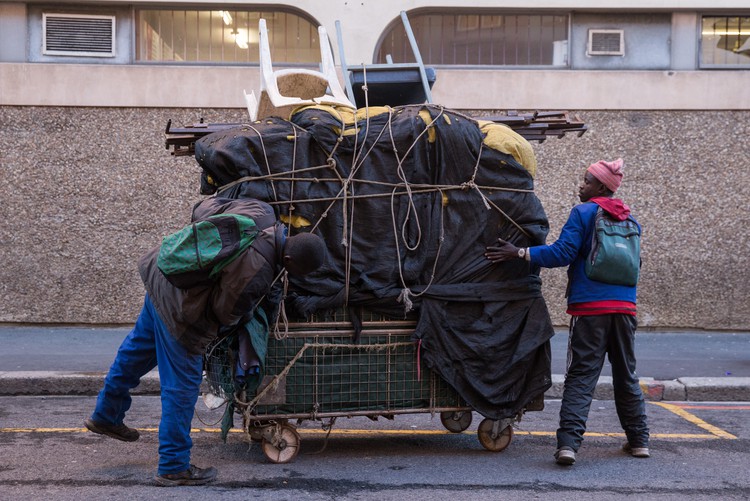 In Caledon Street, the room, filled with a variety of goods including books, cosmetics, crafts and clothes, is manned by one manager. He stands at the door as stall owners and trolley pushers collect their things.

The store manager says about 50 trolleys are packed in the room at night. “We just have to make sure the trolleys for those who come at 4am are in front and those who come later are at the back,” he said.

Julius Dienang, a stall owner at Green Market Square, has been pushing his own trolley for five years. He says that pushing a trolley is not an easy job. 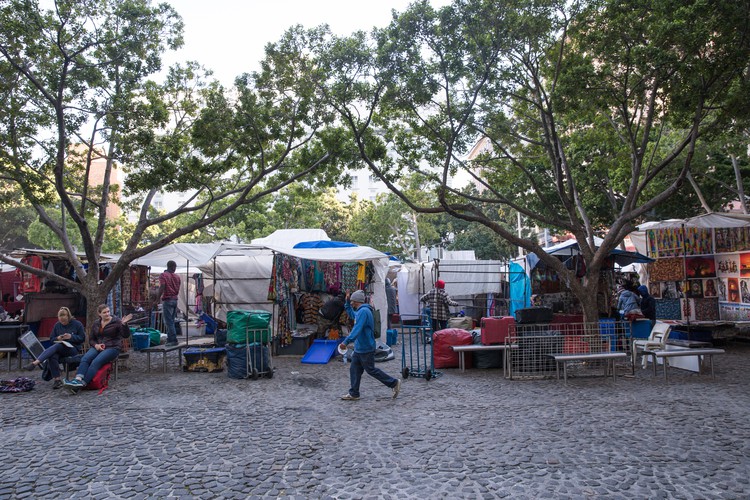 Trolleys are moved all over the city centre including Green Market Square, the Parade and Adderley Street

Previous:  Judge says roadside May family are “authors of their own fate”