On Saturday Lizzy Mathiso woke up to find the crèche she owns and runs in Lwandle in shambles. Two classrooms which cater for 54 children were destroyed.

She was one of many people living in Cape Town’s informal settlements to have their shacks destroyed or damaged and to find themselves without electricity after a severe storm made landfall in the Western Cape on Friday night.

“I do not know how I will be able to rebuild because the crèche was not insured,” said Mathiso.

Although there was no major flooding in the informal settlements, the high winds caused extensive damage. 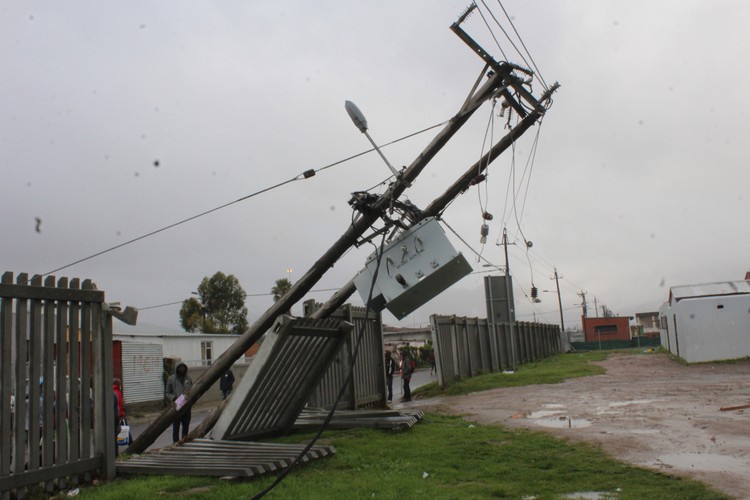 An electricity pole in Nomzamo blew over, causing power outages in the area

Electricity in Nomzamo was affected after electricity poles with transformers were uprooted by the north-westerly wind.

“Since Friday night just before 10pm we had no electricity,” said Anele Daki.

On Sunday morning, parts of Asanda Village in Nomzamo were still without power.

“The house was shaking and if I slept I knew I would be putting my life in danger,” said Moruti Masala. “I went to sleep at a friend’s place for the night and this morning [Saturday] the house was gone.”

He said that he would have to start building from scratch. 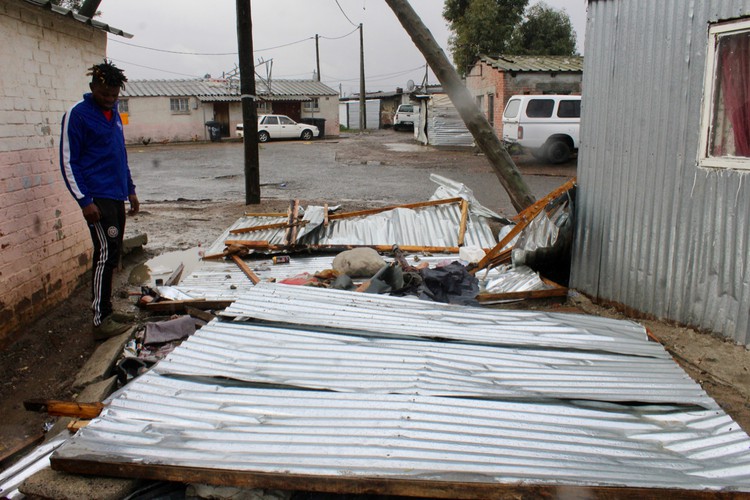 Ward 86 councillor Jongidumo Maxheke said, “We have informed disaster management and they are attending to some informal settlements. Due to the City’s policy, only people who live in informal settlements will get assistance. Others with RDP houses that are damaged will have to fix their houses themselves.” 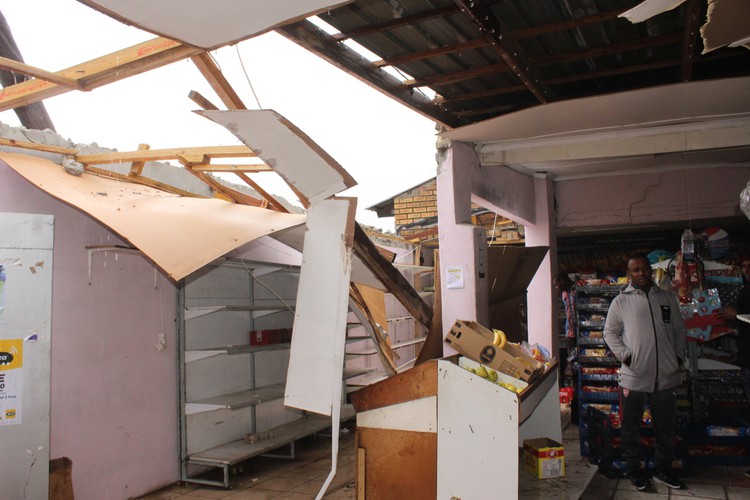 “The City’s Electricity Department is busy restoring the power and other City departments are busy with mopping up operations.”

A person died in New Village, Nomzamo, after being electrocuted while trying to restore electricity. The area has many illegal connections. 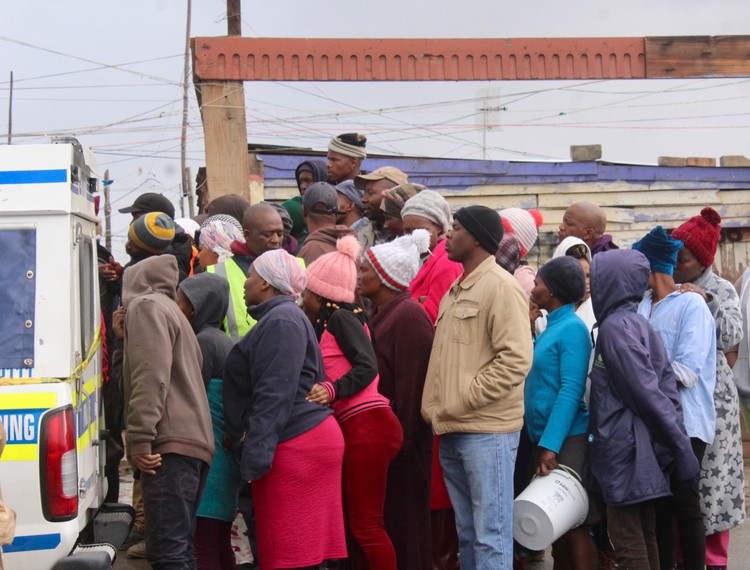 Onlookers gather after a man in New Village , Nomzamo, was electrocuted while trying to restore power to some shacks in the area