On an old military base in Cape Town, unlawful occupants are growing vegetables alongside the soldiers 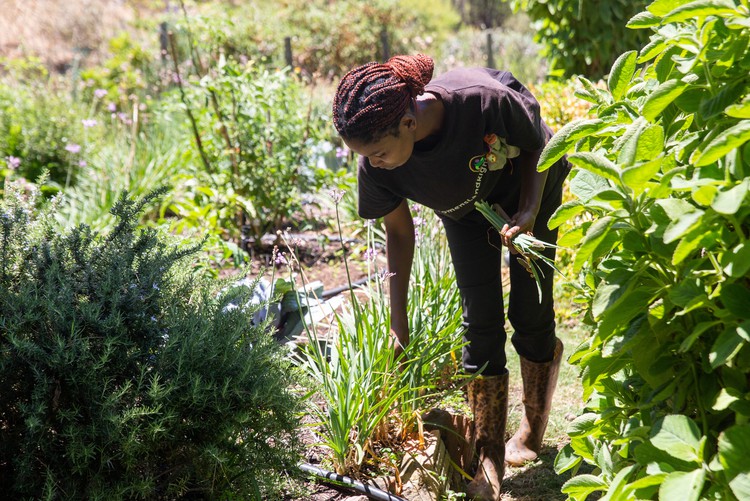 Zintle Hashe works in her vegetable garden on the old army base in Tamboerskloof.

On an old military base in Tamboerskloof, Cape Town, unlawful occupants are growing vegetables alongside soldiers of the South African National Defence Force. Some are living in the guard houses and sharing a toilet with the soldiers. But their future is uncertain.

The 20 hectare Erf 81 in Tamboerskloof, Cape Town, is the old Tamboerskloof Magazine Site. It has not been used as an operational military base since World War 2. Over the years, people have moved slowly onto the base. About 30 people now live in the buildings that are part of the old military base, and informal homes have been built on the north-east side of the property. The property is under the custodianship of the Department of Defence, and managed by the Department of Public Works and Infrastructure.

The local Tamboerskloof Residents’ Association went to court in 2019 to evict the residents, who were represented by the Ndifuna Ukwazi (NU) law centre. NU argued that only the owner of the property could evict the families. The association withdrew its application but in May 2021 approached the High Court to ask the Minister of Defence to indicate whether or not she intended to evict the occupiers. Since then, a new Minister has been appointed.

The Department of Defence did not reply to GroundUp’s questions on whether or not the new Minister had responded. 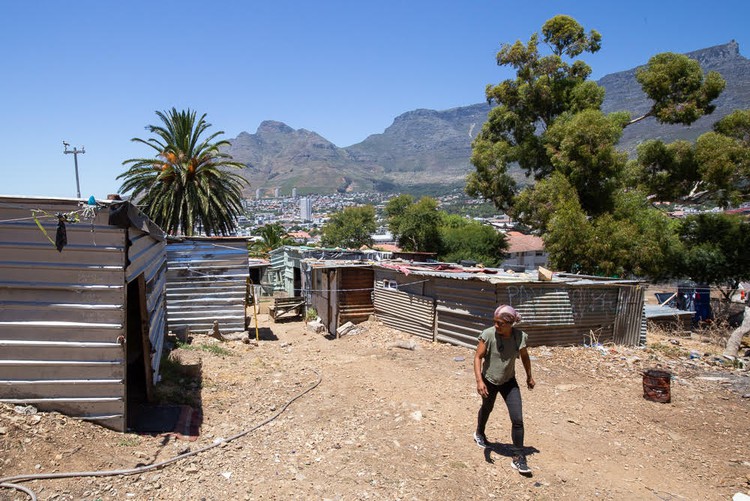 Some people live in the old military buildings, others have built shacks on the property.

Meanwhile, in early 2020, SANDF soldiers were moved onto the base.

Alongside the soldiers, the residents continue to grow their vegetables and keep animals, including chickens, rabbits and sheep. Dogs run up to greet visitors to the property. Scores of chickens roam around with chicks trailing behind them.

The gardens are lined with a mixture of cabbages, cucumbers, and peppers, and a variety of herbs and there are olive trees and apple trees. The name “Erf 81” is painted on a colourful mural. 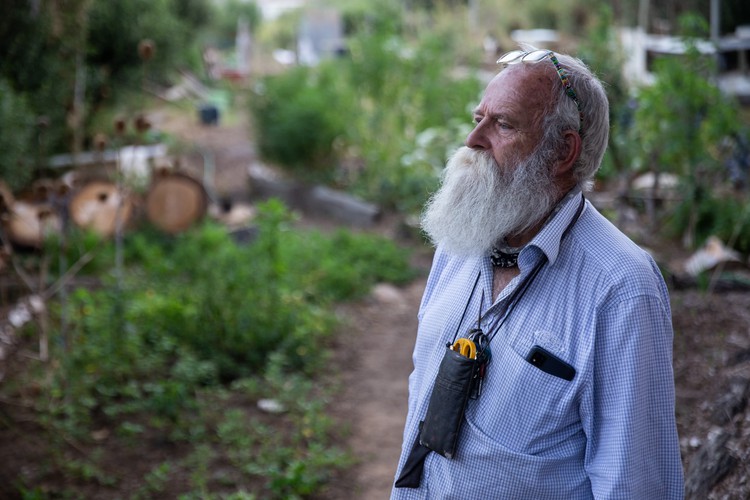 André Laubscher moved onto the property 27 years ago.

André Laubscher was the first to move onto the property, 27 years ago. He has now become the caretaker. He said that in 2013 other people arrived and helped out in the gardens and started selling at the weekend market.

Twenty-year-old Thimna Jack has lived on the property since she was four. She followed her older brother and sister there when her mother decided it was better for her to live there. She said the site was thought to be safer than the townships, and the children could go to schools nearby.

The residents used to hold a weekend market to sell their produce and interact with other Tamboerskloof residents. But Jack said it was shut down because of the noise, before the soldiers’ arrival.

Resident Zintle Hashe has been living on the property for six years and grows and sells boxes of fresh produce. “There are people that were born here, who don’t know any other home,” she said.

“We have come up with ways for some time now on how to sustain ourselves,” said another resident, Unathi Dyantyi.

Some residents have clashed with the soldiers and in April 2020 Hashe formally filed a complaint to the Military Ombud about noise and hostility from the soldiers. 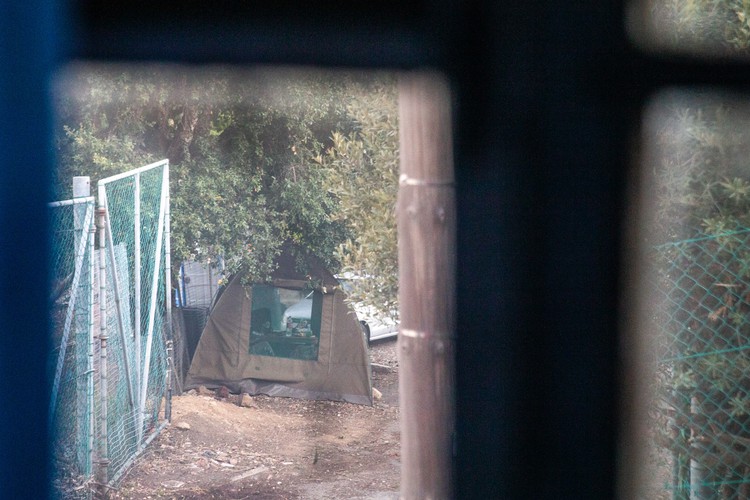 Members of the SANDF have been stationed on the property since 2020.

He found that the army had taken steps to minimise the noise and that a channel of communication had been opened between the residents and the soldiers to deal with future problems.

In his report, Masondo said the Minister of Defence had asked the army to protect and safeguard the property by putting soldiers onto the base. The task had been given to a platoon of the Autshumato Anti-Aircraft Regiment, which had been deployed on the property from 13 February 2020. The plan was to prevent further illegal occupation, to secure the boundaries of the property and to ensure that facilities are repaired to be used by SANDF members in order to make the site suitable for permanent occupation by the army, the Ombud said.

Army officers had explained that they had taken steps to ensure that the noise caused by military trucks was kept to a minimum, and had arranged the guards’ shift rotations “in such a way that they do not interfere with the community while sleeping”. 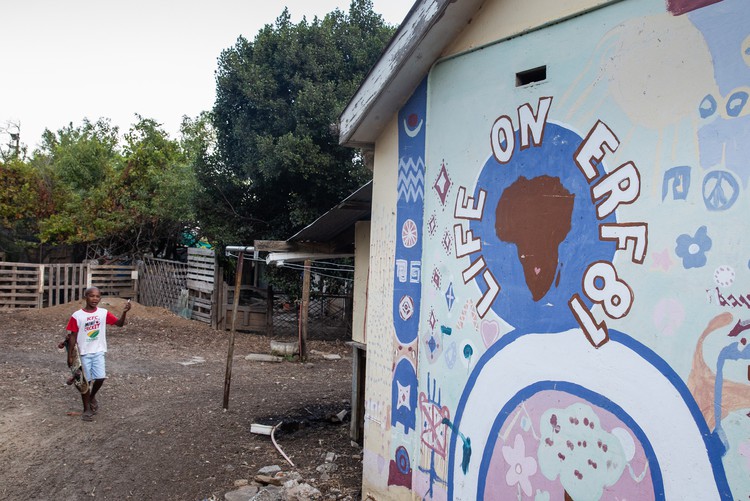 The old military base had not been used for operational purposes since the second world war.

Hashe and Dyantyi said the meetings held with the army after the complaint weren’t fruitful. “Our problems didn’t stop,” said Dyantyi.

But not all the residents are opposed to the soldiers’ presence on the property.

The soldiers are “making sure we’re treating the place well”, said Jack.

Next:  SAPS probes notorious cop and his former boss in test case for police accountability

Previous:  In this township parents wear gumboots and carry their children through the sewage