Solitary confinement is illegal. So why is it happening in South African prisons? 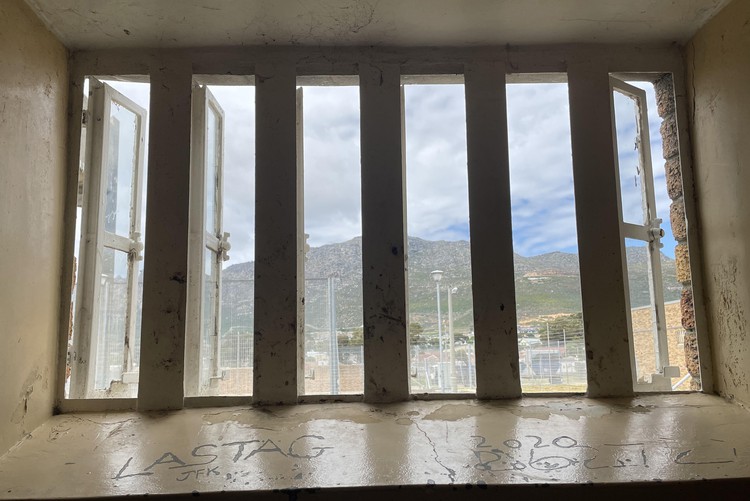 Is solitary confinement imposed in South Africa? The Judicial Inspectorate for Correctional Services (JICS), the prisons oversight body I head, has found so – sometimes for protracted periods.

This violates statute law, the Constitution, and the UN’s internationally-embraced Nelson Mandela Rules for the treatment of detained and incarcerated persons.

Then, last month, we released a public statement – at the same time, invoking Parliamentary oversight. We released the reports to the Chair of the Parliamentary Portfolio Committee, Gratitude Magwanishe. The Committee has the power to release these reports to the public and, in doing so, to grill the Department of Correctional Services (DCS) about its practices.

JICS’s findings should trigger disquiet and debate because solitary confinement is repugnant. Let me explain why.

How did we get here?

Solitary confinement has particular resonance for South Africans. It was used to throttle opposition during the grim apartheid years. Two decades ago, the Jali Commission rightly cautioned against it as “a product of our past”.

The Mandela-era Correctional Services Act of 1998 (CSA) originally countenanced solitary confinement, but in 2008 excised it. Instead, it envisaged a softer form of isolation – dubbed “segregation” – with strict preconditions and safeguards.The statute’s shift made the law clear: solitary confinement is not permitted.

But have things changed? During the early years of democracy, public fears pressured politicians to show they were doing something to combat crime. We as a country embraced grossly misdirected strategies. One was creating the ultimate security prison.

A state-of-the-art facility was built in Kokstad, KwaZulu-Natal: Ebongweni Super-Max Centre opened to fanfare in 2002. And Pretoria Maximum, after being converted into a C-Max facility in 1997, was closed for refurbishment in 2011 and then reopened in 2019 as a maximum security unit.

These centres are designed for the most hardened, violent and dangerous inmates.

Humans are inherently social. We understand ourselves, our lives and our place in the world through others. What happens when we isolate a person in a small space for long periods, away from any human contact? The Vera Institute noted severe health consequences.

These include long-term psychological harm (anxiety and depression) – plus exacerbation of pre-existing mental illness; and increased risk of self-harm and suicide.

The practice also has a physiological impact – putting its victims at risk of long-term health problems.

And of course solitary units are expensive to run – bad for taxpayers.

The toll of solitary confinement extends to the mental health and wellbeing of correctional officials who enforce it.

Outside prison, the communities of those in solitary confinement are hurt – they can make fewer phone calls and visits.

All these pointers compel a question: is solitary confinement torture? Torture is one of the worst abuses a human being can inflict on another. If DCS intentionally isolates inmates, thereby causing severe mental or physical suffering, in order to punish or coerce or intimidate them, this may be considered a form of torture. Both the UN Convention against Torture and our own Torture Act specify this.

Yet the practice is not without defenders. A necessary evil, some say, for the safety, security and good order of correctional facilities. But “necessary evil” acknowledges evil.

In striking down the death penalty, former Chief Justice Chaskalson wrote that it was difficult to conceive of any circumstances where torture “could ever be justified”. Equally, the Jali Commission concluded that incarcerating inmates in this way cannot be justified under the Constitution, CSA, regulations or departmental policies.

Second: who goes to solitary? Not always “the most dangerous”

Though these centres are designed to house the most dangerous inmates, JICS’s findings are that, in practice, the system of transfers and admissions is flawed. Some get entangled by mistake. Whole groups of inmates are transferred because of long sentences (a major worry because of our growing population of lifers). When violence erupts, some non-violent inmates are put into solitary, too.

And inmates are sometimes transferred for disciplinary reasons, like possessing cell phones or drugs. Once inside, parole may be delayed or adversely affected.

Another administrative wormhole is this. Some inmates are transferred from Pretoria C-Max to Ebongweni Super-Max, or vice-versa. This may entail years of prolonged solitary.

Third: solitary confinement does no good

There is little evidence that solitary confinement changes behaviour by decreasing violence or reducing re-offending.

Recently, the mother of an Ebongweni inmate wrote to me, poignantly questioning how we can expect people “to be reformed when they are treated worse than animals” or “to fit back into society after they are released from a life of torment.” Her cry left me silent.

And inside our correctional centres?

At these centres, inmates sit alone in a single cell for 22-23 hours a day. They are deprived of all stimulation and human contact. There is an hour of exercise – not with other inmates, but alone, in an isolated exercise cage with limited natural sunlight. There are no contact visits. Food is provided through a slim post-box sliver.

Mangaung has no single cells, except in its separate segregation unit, “Broadway”. Some inmates ask to be placed in Broadway for their own safety, mostly to avoid gang-related violence. Despite their wishes, JICS is concerned, since inmates spend months and years there. The unit may in fact function as solitary confinement.

When we visited these centres, inmates, eager to engage, kneeled down, peeping through their post-box slivers, calling to us for attention.

Inmates complained plausibly. At Kgosi-Mampuru II, they said they lost count of the days and nights. One complained about his mental state and sense of humanity and dignity. He lamented that it was as if he had “committed the worst crime in the entire world”. Don’t forget, he begged, that “I am a human being”.

At Ebongweni, an older inmate was struggling to answer JICS’s basic questions. Did this man constitute a threat to the general prison population?

He showed some of his artistic sketches. One was inscribed, “I’m sorry for 2017”, the year of his crime. Was his psychological state linked to his heinous crime? Or did his time in solitary diminish his mental state?

An inmate who was transferred back to Westville Correctional Centre told JICS that, at Ebongweni, he became depressed and tried to hurt himself. He reported he now has high blood pressure and is on medication for depression.

DCS officials were also struggling. When they could, they would try to help. One Ebongweni official helped a sick inmate. Another at Kgosi-Mampuru II was trying to improve the quality of the food. Their good deeds and intentions are up against a daunting system.

What do we do?

Worldwide, prisons are closed-off; few can penetrate. JICS’s job is to ensure transparency and accountability. Part of this means ensuring that the public know what is being done in their name.

JICS has urged DCS to confront conditions in these institutions and to change treatment of inmates sent there: more exercise, more contact, more reading material, more education and more rehabilitation programs. These are basic rights the statute and the Constitution guarantee.

In January 2022, DCS responded to the 2019 Ebongweni report and JICS awaits DCS’s responses to these recent reports.

I make no excuses for those who have committed gruesome and violent crimes. I fear them, as do all in South Africa, in townships, suburbs and rural areas.

My point is that we have a violent crime problem, one frightening in its dimensions, and (to go by the latest crime statistics) getting worse. Our solution? Lock more and more up.

Yet, violence is not abating. Harsh sentences and harsh prisons have not made us safer.

Then, once inside, we lock the most violent in solitary confinement. We keep them far away from the public and the rest of the inmate population. But this is pointless, if not counterproductive.

We care enough to deal with symptoms, but fail to address the causes. After nearly 28 years of democracy, harsh sentences and punitive penal policies alone have proved ineffective.

It is time for a radical re-think.

Finding practical and effective solutions to violence is an achievable though long-term goal. It asks us to tackle underlying causes of violence, to invest in communities, in job creation, education and, vitally, to restore effective police intelligence and policing, so as to ensure follow up, detection and prosecution. These are the strategies that reduce crime.

And in pursuing that attainable quest, solitary confinement in South Africa must end.

Edwin Cameron is a former Judge of the Constitutional Court and heads the Judicial Inspectorate for Correctional Services (JICS).

Previous:  Mthatha flood victims waiting since 2013 to be relocated