The questions PRASA failed to answer

South Africa’s commuter rail service has been looted. There is no sign it will stop 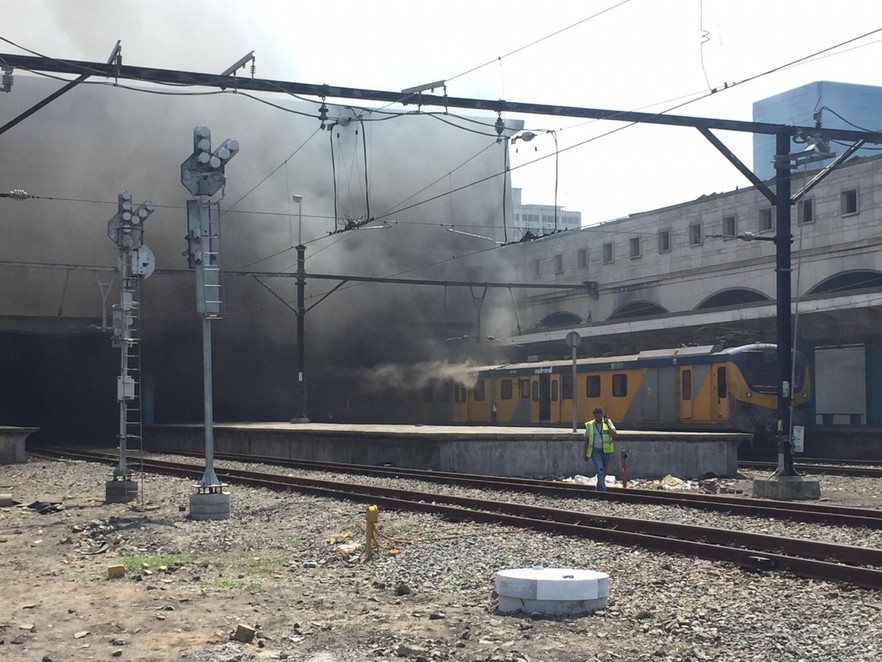 Cape Town’s train carriages have been regularly burnt while PRASA has been looted over the past decade. Archive photo: Ricardo Afrika

The dismissal of Martha Ngoye from the Passenger Rail Agency of SA (PRASA) is deeply troubling. Ngoye had for years been attempting to stop the rot at the state-owned company responsible for the country’s commuter train service. And, as our article on Tuesday explained, she had considerable success.

Instead of the situation improving at PRASA, the corruption continues. There have been few prosecutions of the looters and there appears to be little political will on the part of either the Minister of Transport or the President to address the situation. Meanwhile millions of working people who depended on the train service are left with a thoroughly broken system. There is little prospect of it improving anytime soon.

PRASA board chair Leonard Ramatlakane said Ngoye and two others, Nkosinathi Khena and Pearl Munthali, had been fired because they had overstayed the five-year terms of their contracts. He also said PRASA would take legal action against Ngoye for “unlawfully approving payment of R58 million to SA Fence & Gate when she had no authority to do so”, and against Khena, for “financial loss it suffered due to unlawful conduct of Mr Khena”.

In an attempt to get answers, GroundUp sent a detailed list of nine questions to PRASA.

We asked whether management had engaged with the three executives before terminating their contracts. We also asked if other people’s contracts had been renegotiated, and why other people who had also served on contract for more than five years had not also been dismissed. We asked for a full list.

We also asked PRASA to explain what “unlawful action” Ngoye had taken, since the explanation given by PRASA - the unlawful extension of a contract to SA Fence and Gate while she was acting CEO - did not seem to hold water. Ramatlakane’s statement that she had been “lawfully suspended” by then CEO Lucky Montana skips over the fact that it is public record that she was in fact unlawfully fired, that this was challenged, and that suspensions were issued. Nor do the records of investigations by the National Treasury and by Werksmans attorneys make any material findings against Ngoye with regard to the extension of the contract.

Anyway, it seems that she only approved the extension on the recommendation of the Bid Advisory Committee, that she was within her rights to do so; as acting CEO she had the authority to sign off on contracts up to R100 million; and that the Board itself approved the payment, on 4 April 2016. Here is this board resolution, signed by then-Company Secretary Lindikaya Zide: 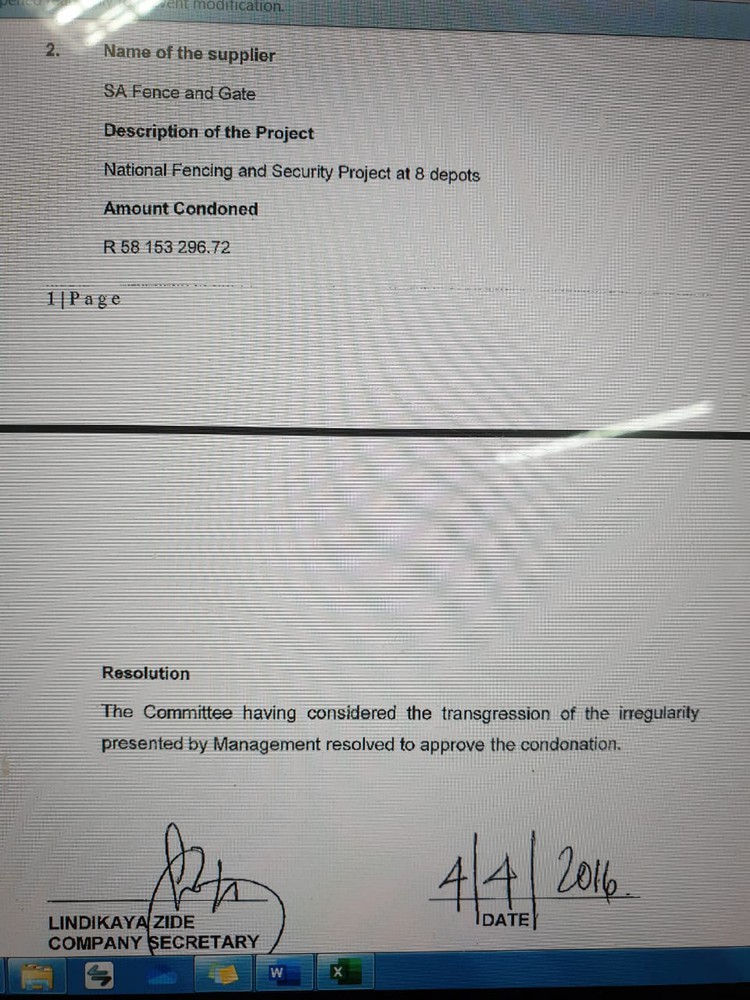 If that were not enough, PRASA has instituted legal action against SA Fence and Gate, presumably led by Ngoye as head of Legal Risk and Compliance. From our understanding, it was former PRASA executive Palello Lebaka who led this deal and its extensions under Montana, and Josephat Phungula who pushed this extension after Lebaka was fired for corruption.

We asked PRASA: Is this evaluation correct, and could you please clarify exactly what unlawful action Ms Ngoye took?

And we asked: Will PRASA be suing Mr Montana, Mr Lebaka, and Mr Phungula, whose roles in this particular contract were more central?

So far, PRASA has not answered any of these questions.

Next:  Man burnt to death for stealing a cellphone

Previous:  No classes for thousands of children because school cannot meet Covid-19 requirements