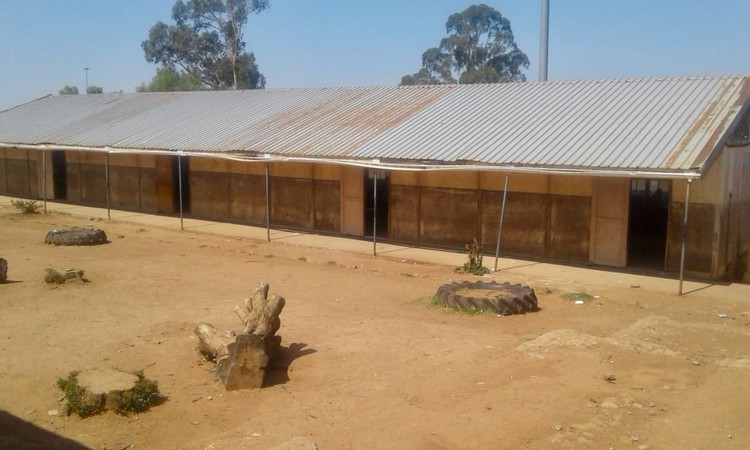 With schools set to reopen in less than two weeks, close to 2,000 learners from ET Thabane Primary School in Ugie, Eastern Cape, may have to look elsewhere for a place to study.

Parents and teachers say they are still waiting for the Eastern Cape Department of Education to inform them what arrangements have been made for the learners.

It is the only primary school in Ntokozweni location.

Vuyiseka Mboxela, spokesperson for MEC Fundile Gade, said the department is currently engaged in a program of rationalisation in which some schools may be merged “for purposes of using the little financial resources we have”.

District municipality spokesperson Mandla Gceya said, “With the condition of the school, which includes poor infrastructure, the school cannot meet the Covid-19 regulations. We have advised the school to call the department [of education] for new mobile classrooms.”

The school was built by parents in 1986 using donated planks.

School governing body chairperson Sikoti Ceba said at one stage the department had promised to build a new school under the Accelerated Schools Infrastructure Delivery Initiative program, but that never happened. He said the department had been promising to send mobile classrooms for the past seven years.

According to the national minimum norms and standard set by the national education Minister Angie Motshekga in November 2013, all schools built out of wood, zinc, mud and asbestos should have been fixed or replaced by November 2016.

Ceba said there is not enough space for the number of learners.

“Honestly, this is not a school but a disaster waiting to happen. These [plank] classrooms can collapse any day. We are always in fear when it is windy that the wind might blow all classrooms away,” he said.

“Last year we had 300 grade R learners … The district told us to close the grade R class because we didn’t have an alternative classroom,” said Ceba.

After six teachers and a learner contracted Covid-19 in November last year, the municipality closed the school.

“That was during exam time. Our children almost didn’t finish writing, but we had to beg the district to let us open until the exams were finished, and the department also promised to bring us more classrooms but that never happened,” said Ceba.

Last week Friday, the provincial department’s spokesperson, Malibongwe Mtima, promised to look into the matter and get back to us. At the time of publication, he had not yet done so.

Next:  The questions PRASA failed to answer

Previous:  More than half the vehicles at a Uitenhage police station are not working