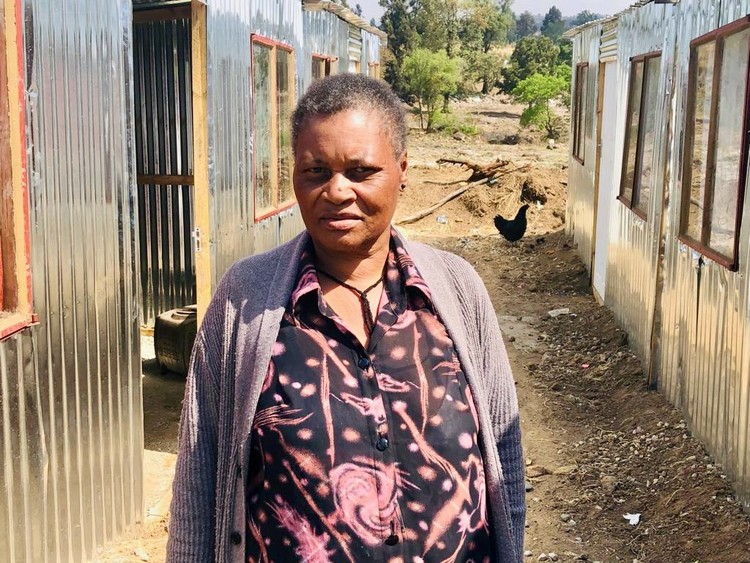 Maria Kwapeng, long-time resident of Tilly’s farm, who arrived with her three-year-old daughter, Merium, in 1982, standing in a lane between temporary shelters built by a property company on court orders. Photos: Kimberly Mutandiro

“We will not go anywhere. We earned the right to live on this land when we worked for free as labour tenants after arriving on this farm in the 1980s,” says Margaret Makgomola, a resident of Tilly’s farm in Mogale City.

Hers is one of 15 families that have stuck it out on Portion 77 of the farm Nooitgedacht after their homes were bulldozed by a property developer in July.

MaxxLiving, a Dutch-South African property company, acquired the land two years ago. CEO Arthur Bezuidenhout said he offered all residents an alternative piece of land and structures on another plot in the area, prior to demolitions.

According to community representative Moss Sekobane, there were shacks as well as brick and mortar structures housing over 450 residents. Most of these families relocated.

But the legal eviction process was not completed. And 15 families claimed Extension of Security of Tenure Act (ESTA) rights and refused to move. The company had demolished their homes as well, leaving the 15 families, including Makgomola, sleeping in the open on a piece of land 200 metres from their flattened residences.

In court papers, the families also said their toilets were removed and their water and electricity cut off in an act of “constructive eviction”.

They went to the Land Claims Court, which ordered on 22 July that new brick homes be built for them by the property developer within 90 days, and that they be provided with temporary housing units with water and toilets in the interim.

The court also ordered compensation of R100,000 to be shared amongst the families. 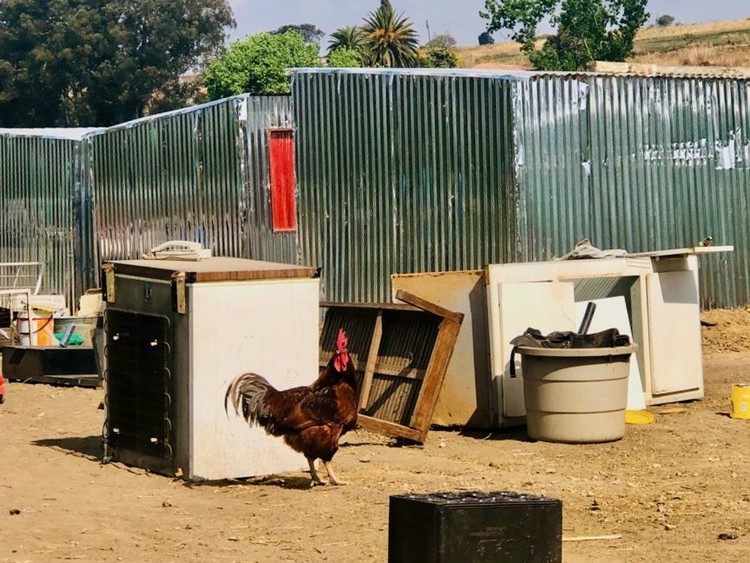 Temporary structures were erected for the 15 families remaining on Tilly’s farm.

Mogale City Municipality was included as respondents in the matter. It was to assist with the provision of services to the families. But a month since the order was granted, the families say they are still battling with the developer and the municipality to get basic services as ordered by the court.

The developer also took its time providing temporary structures and an urgent contempt of court application was filed on 9 September. Lawyers for Human Rights (LHR), who are representing the occupants, say 30 shacks have now been built to be shared by the 15 families, but only one pit toilet was provided and the water tanker is currently and often empty.

“The respondents remain in contempt and we intend to hold them accountable for failing to do what they agreed upon,” said David Dickinson, candidate attorney at LHR.

There is no sign yet of the brick homes the court ordered to be built. LHR says it will return to court on 13 October.

The order granted on 28 July said the respondents – property developers MaxxLiving and its affiliate Crimson King, and the municipality – were required to uphold the applicants ESTA rights until such a time as the applicants may become owners, either individually or through an appropriate legal entity.

Furthermore, insofar as the new structures may fall within a housing estate to be developed the developers were to ensure that the ESTA occupiers did not become liable for levies to any homeowners’ association or similar body corporate.

Mogale City Municipality has distanced itself from any responsibility and blamed the property developers.

“Mogale City did not evict the said occupants. We are not property owners who are required to provide services. It is our understanding that the landowner, MaxxLiving, is the one ordered to provide services for the remaining residents and not the municipality. The other residents were also relocated by MaxxLiving,” said Tefo Kelebonye, municipal human settlements manager. 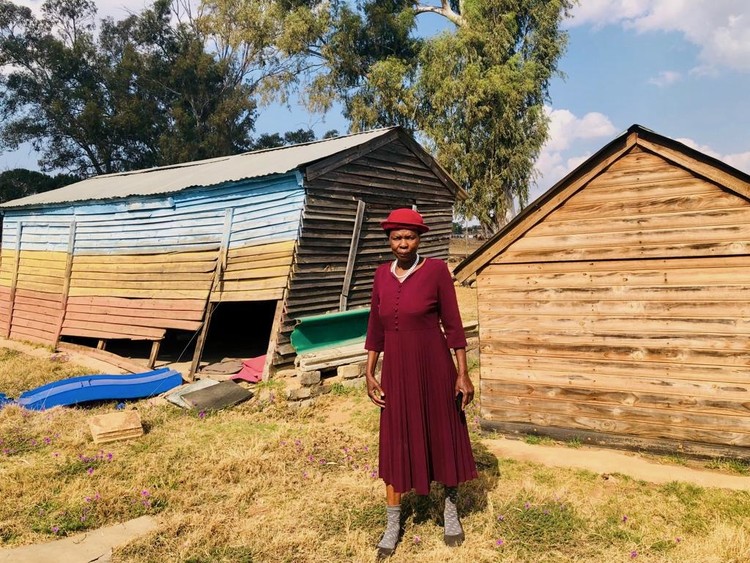 Margaret Makgomola used to run the community Maphuthaditshaba crèche, which can be seen behind her, before the demolitions.

“Being chased away was painful. All we want is to have our homes rebuilt. This is the only home we know,” said Margaret Makgomola.

She arrived on the farm in 1988 and worked in its kitchen and as a cleaner. Her four children were raised on the farm. At the time of the demolition, now grown up, her children had also built homes.

Merium Kwapeng arrived on the farm in 1982 and worked to earn her keep. Her children were also raised on the farm but they joined the relocation to plot 80 before the demolition. Her demolished home had been a brick structure.

“Destroying our homes was a violation of our rights. We worked on this land and earned the right to live here,” said Kwapeng. “It was not easy to lose a home where we have grown up and raised our family. We made so many memories there.”

The MaxxLiving flagship housing project is currently under construction, but Bezuidenhout says the company has lost over R20-million due to the court case and delays. He said most of the people they had relocated had occupied the land illegally.

He claimed the company had created 100 job opportunities for residents and had provided school transport for children.

He said the company was weighing its options as to whether the project should continue or not. He said resistance from community members was making it difficult.

“Such things are scaring away foreign investors,” he said. 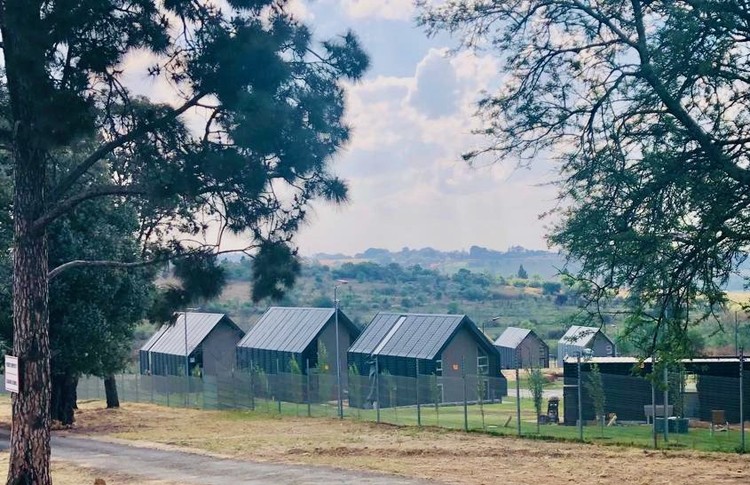 Previous:  Maitland residents refuse to be “squeezed” into temporary structures