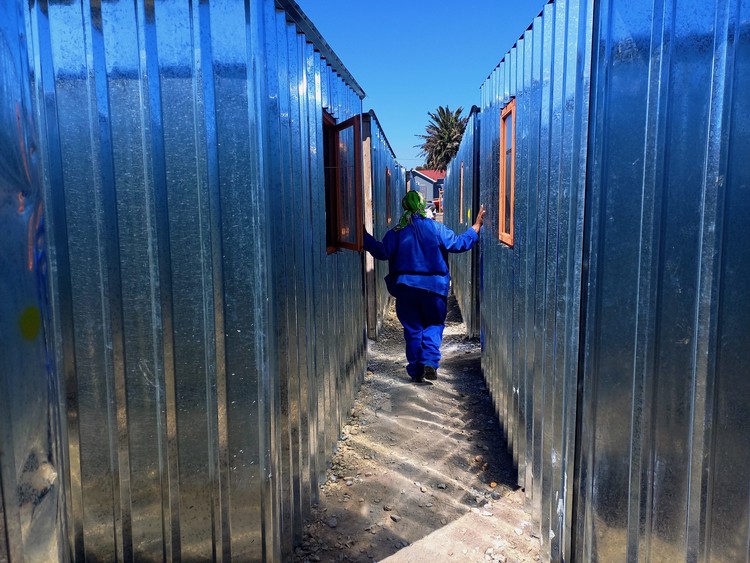 Residents of Maitland Royal Road informal settlement have expressed concern about the temporary housing units being built so close together. They say there is also uncertainty about which families will receive units and which will not. Photos: Marecia Damons

Residents of the Maitland Royal Road informal settlement in Cape Town have mixed feelings about temporary housing structures being built for them by the City.

“They want to squeeze us into a three-by-six-metre structure,” said Jesica Fortuin, who shares her home with ten other family members. She is refusing to be moved.

The settlement, located across from Maitland Secondary School, is home to 24 households. According to the City it has to be reconfigured (reblocked) to make space available for a new community day centre to be built.

Mayco Member for Human Settlements Malusi Booi said the land belongs to the province. “The Western Cape government and City have identified an area on the same site, which will be used as a Temporary Relocation Area in order for the development to proceed,” said Booi.

The City will accommodate 15 families with three extra units to accommodate the larger families.

However, “some residents will remain in their existing structures due to their current location in the established TRA,” he said.

He said the City will also provide full flush toilets, water and electricity.

The settlement currently has one outside tap, three portable toilets, and a container for residents to dispose of their waste.

“It is important to note that this settlement has been in existence for many years. The development of the TRA will enhance the appearance of the settlement and will provide services to the residents of the informal area,” said Booi.

But Fortuin and about eight other households are unhappy with the proposal. She said the new units are too small and too crowded together.

Fortuin has lived in Royal Road for ten years. She said discussions with the City began in 2018 when there were only 17 households.

“I was told that if I accepted the structure, they would accommodate my sister and her three children. But these places are too small. So, I would have to move into a structure with seven people. That’s impossible,” she said. 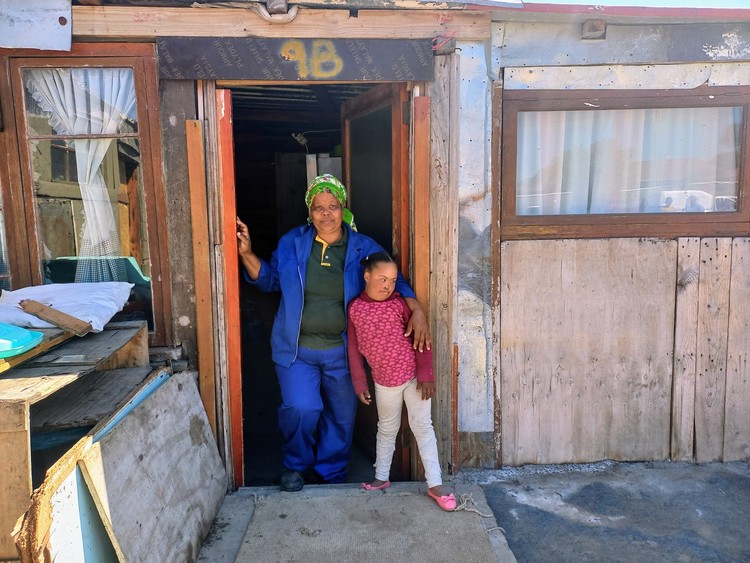 Anna Soldaat, 54, is refusing to move into the temporary units. She currently shares a home with her daughter, Zaybia. “Why must we move out of our structures which are suitable for us and move into a place where I must wash in front of my child and where we must share one bed?” Soldaat asked.

Meanwhile Willem De Wet is keen to move. He is unemployed and lives alone in a small, makeshift structure. A new unit would be “so much better” he said, but he is uncertain about how structures will be allocated

“I’ve been living here for more than 17 years … I was so happy when I saw them building structures, but now there are people who have been here for barely a year and they are being promised a place, but I’m not,” he said.

Theodore-Anthony Moses, who was also at first excited to see the new structures “finally” being built, said, “These places are far too small for us. There isn’t even a yard or any place to hang your washing. We cannot live this way, especially those of us who have been here for so many years.”

Moses lives with his wife and four other family members.

Kashiefa Achmat, from the Housing Assembly, criticised the temporary relocation area as unsafe in terms of fires.

Jandré Bakker, spokesperson for Western Cape public works, said the development is still in the planning stages and there is not yet a fixed date for when construction will begin on the community day centre. 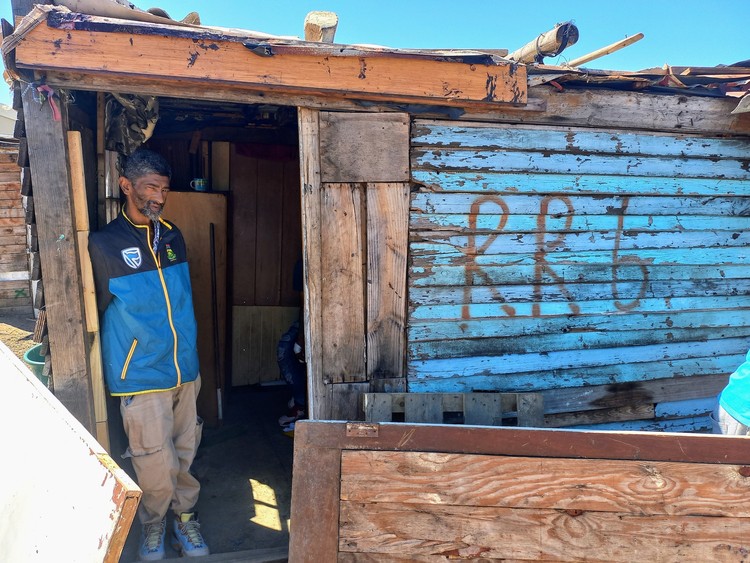 Resident Theodore-Anthony Moses, 50, said he was hoping the new units would be more spacious. “The ventilation there is also poor because the structures are on top of each other. We cannot live like that. What happens if one of these structures catches fire?” he asked.

Next:  Property developer forced to rebuild homes it demolished