“Without a functioning train service, we are trapped here,” says Kliptown resident 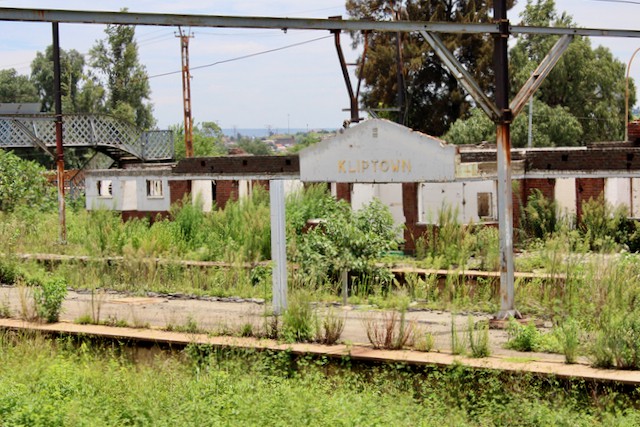 A faded sign is about all that is recognisable of Kliptown train station. Photos: Masego Mafata

We report here on some of the train stations that PRASA has let fall into ruin in Johannesburg. In the past year, we have reported on train stations in Cape Town stripped bare, such as the Mitchells Plain station; stripped to the bone, such as Netreg station; stations abandoned and vandalised in the Eastern Cape; stations reduced to rubble on the East Rand; and stations crumbling on the Pretoria-Pienaarspoort line. Currently trains no longer run at all in the Eastern Cape.

Rubble and crumbling walls are all that is left of several Metrorail stations in Johannesburg and Ekurhuleni. Stripped bare by vandals and people looting materials, the station buildings are mere shells.

Mike Mashaba, a trader selling snacks and sweets outside Lindela train station in Katlehong, Ekurhuleni, has watched the station deteriorate. Lindela station is part of the Kwesine to Germiston line. At least four stations on this line – Kwesine, Pilot, Lindela and Katlehong – left inadequately guarded or completely unguarded - have met a similar fate.

Mashaba, who has been an informal trader for 15 years, said cable theft had disrupted train services in Katlehong before trains were suspended at the beginning of lockdown in 2020. He said he used to trade on the trains until 2019, taking home between R200 and R300 a day.

“People started stealing overhead cables in 2019 and the train between Lindela and Germiston was suspended. Train services returned in early 2020, but there were no security guards, so the cable theft continued. It got worse when lockdown [March 2020] started,” he said.

Standing outside the overgrown, abandoned and unguarded station, Mashaba said that if he made R50 it would be a good day. “I just come here because I don’t want to sit at home the whole day,” he said.

For many people, trains were the only affordable means of transport. Joel Mpofu, who commutes between Orange Farm and Mayfair, said he caught the train for eight years until Stretford station closed. Mayfair station, where we found no sign of security, has piles of garbage between its graffiti-strewn walls.

Now Mpofu has to take three taxis and it costs him R64 for a return trip. He said that adds up to about R1,500 a month. Before the trains were suspended, Mpofu – a carpenter and a builder who relies on piecemeal work – paid just R200 for a monthly train ticket. 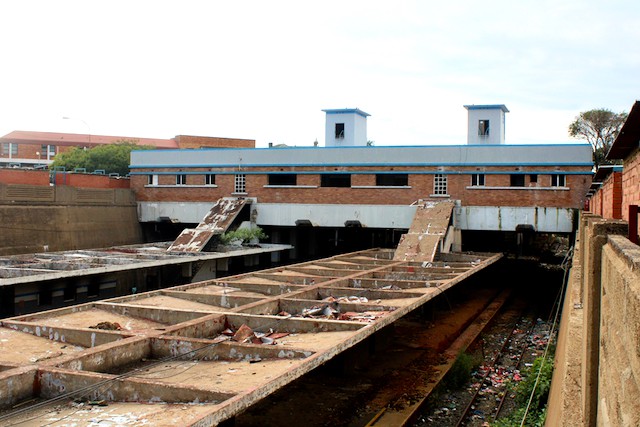 To fix up Jeppe train station will cost R9 million.

Jeppe train station, which is four stations away from Mayfair, reeks of excrement and urine. Most of the station buildings are still intact but some windows are broken and the floors are strewn with rubbish. A Jeppestown resident who used to work at the station’s ticketing office said she doesn’t know when she will be able to go back to work again.

At Kliptown, a few kilometres from Walter Sisulu Square where the Freedom Charter was adopted in 1955, only a faded yellow “Kliptown” sign makes the station recognisable. We found a security guard sitting in a windowless and doorless structure, but he said he was guarding the phone tower nearby, not the station.

A resident, who asked to not be named, said the state of the station was a true representation of how “the development of infrastructure in Kliptown is forgotten”. He said poor service delivery and “empty promises” had become the norm.

“Without a functioning train service, we are trapped here because other forms of transport are just too expensive. Unemployment is high. There are no job opportunities in Kliptown so we have to pay more than R50 for a taxi to town [central Johannesburg] and back to look for jobs. The train was better because it cost R23 for a return trip,” he said.

Currently, there is a train that runs from Naledi to Johannesburg in the mornings. The train returns to Naledi in the evenings. Vuyisile Gqozo, a trader outside Phefeni station in Orlando West, Soweto, said he was looking forward to the return of the full train service. Phefeni station is part of the Naledi–Johannesburg corridor.

“I used to work for a shop outside Phomolong station but when the trains stopped working in 2020, the shop closed. I’ve started selling magwinya along this main road outside Phefeni station because at least the train comes past here twice a day so there are customers,” he said. 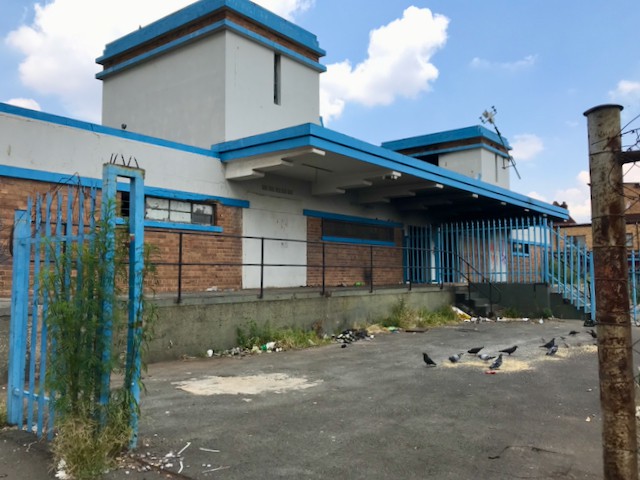 We found no sign of security at Mayfair train station.

PRASA spokesperson Andiswa Makanda said PRASA has “taken a phased approach” to the refurbishing of train stations and lines across the country, with seven lines in Gauteng identified for urgent recovery.

The Naledi to Johannesburg corridor is one of the southern lines prioritised for reconstruction. Makanda said reconstruction and maintenance work on this corridor is expected to be completed in the next financial year.

Questions about when the upgrades will start went unanswered.

Asked about the lack of security, despite an announcement over a year ago by PRASA’s board that 3,100 security staff have been hired, Makanda said PRASA cannot elaborate on the guard deployment plan “because it is sensitive information”.

“We currently have an armed response doing rounds. We are, however, working on deploying static security within the next month [March 2022] throughout our various regions as part of our redeployments and business rehabilitation plans,” she said. 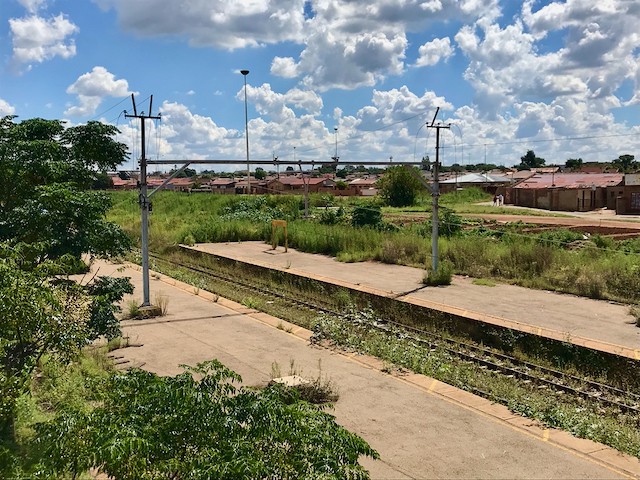 Lindela train station is overgrown with weeds and grass.

The article originally stated that the Naledi to JHB corridor would resume full service in April this year. On PRASA's request we changed it to state that work on this corridor is expected to be completed in the next financial year.