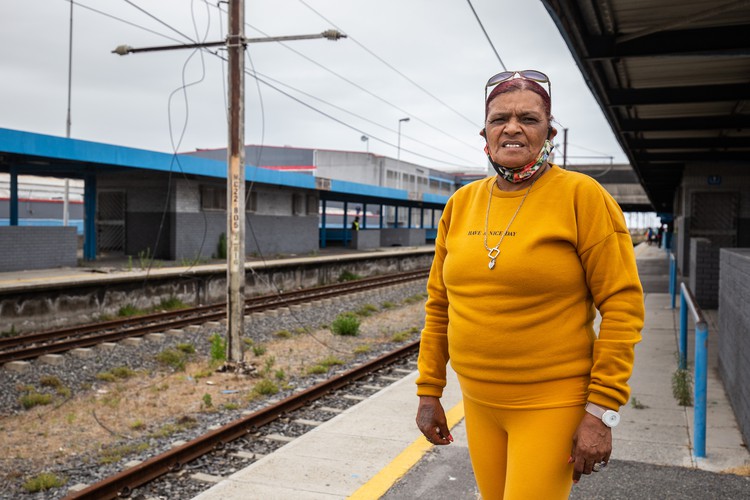 Mitchells Plain resident Bonita Wood is one of 20 people hired by PRASA as safety officers. She monitors and patrols the stations in her community during weekdays in a bid to deter further vandalism and theft.

The ongoing closure of Metrorail’s Central Line in Cape Town has left thousands of people who live along this route with very few options to get to work and school. Over two years of lockdown, stations and infrastructure on the line have suffered devastating pillaging due to a lack of security personnel.

This train line and its stations, once the busiest in the city, have become a shadow of what they were in the 2000s. Metrorail spokesperson Nana Zenani has told GroundUp that the organisation is prioritising upgrades for 21 stations on the Central Line.

According to News24, Transport Minister Fikile Mbalula said that Metrorail’s Central Line will be operational again by the end of July 2022.

But it is unclear how PRASA plans to rebuild and replace all of its stolen infrastructure worth millions of rands, like overhead cables, signal poles and station buildings, over the next five months. 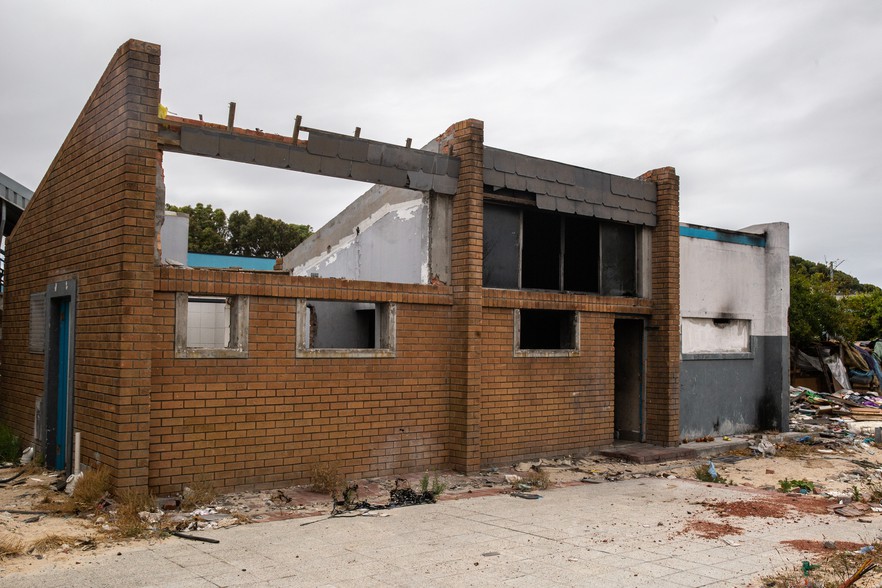 All of the buildings at the stations we visited were badly vandalised, with missing doors, windows and other infrastructure.

We recently visited two stations in Mitchells Plain along the Central Line.

One security guard was stationed at the entrance to Mitchells Plain Train Station. The station is completely ransacked. The PRASA-branded turnstiles were broken. A stack of copper cables, apparently confiscated from thieves, lay near the entrance beside an upside down signage board. Broken overhead cables dangle from poles. The once-bustling station’s ticket office is now a badly vandalised room covered with rubbish. 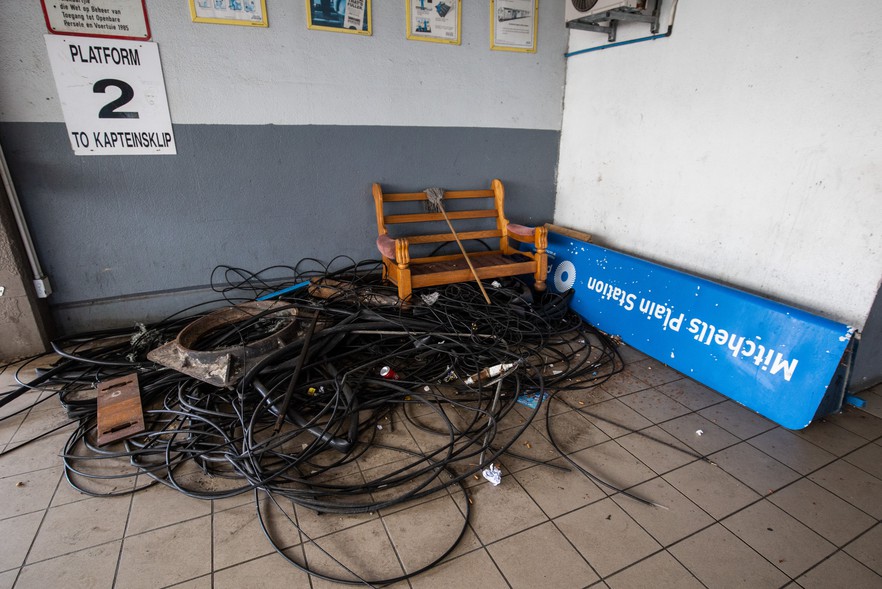 PRASA safety officer Bonita Wood said that the discontinuation of trains at the station has had a major effect on her community. She said trains are “the cheapest transport that people can afford” and without them, people are struggling to travel out of the area.

Wood said buses and taxis are more costly. She added that many people had lost their jobs because of transport issues as well as the lockdown due to the pandemic. She said the Mitchells Plain train station has become a hotspot for gangsterism and other illegal activity. 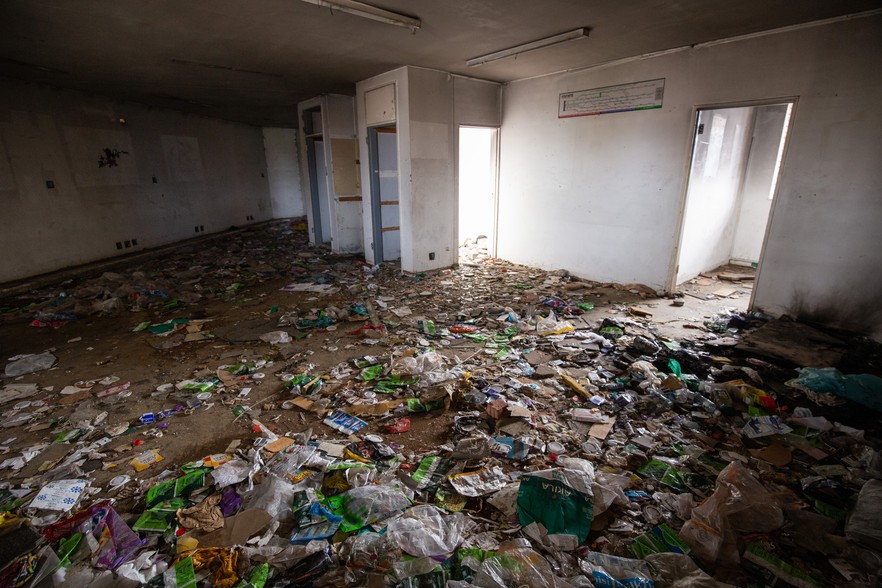 For over a year, Wood has been part of a group of 20 people employed by PRASA to patrol and monitor train stations between 7:30am and 4pm weekly. “When we started it was havoc,” she said. She blamed the vandalism on criminals from the community.

Wood said that workers have been cleaning the station and installing cameras to bolster security. “We just hope and pray that our community keeps it that way,” she says. “For the new trains to work it needs the help of our community.” 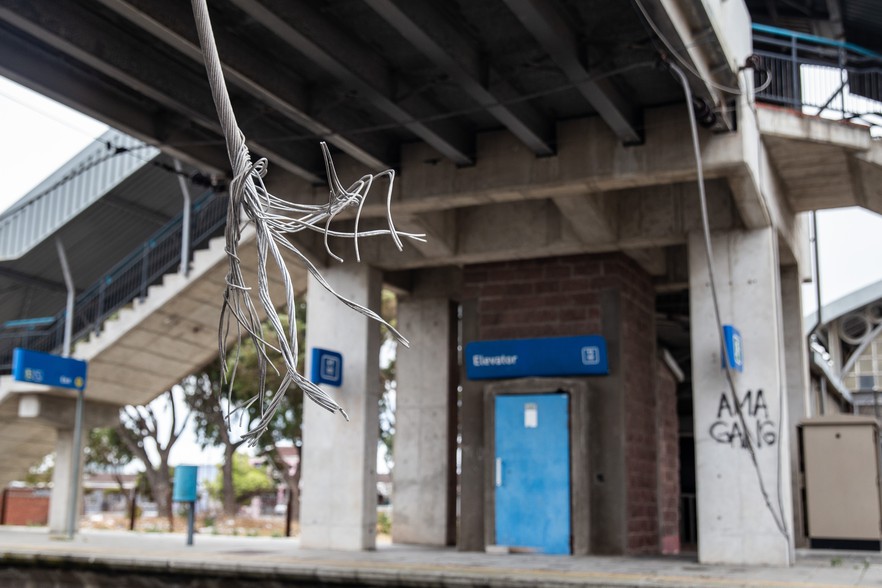 We also visited the Lentegeur Train Station, which was in a far worse state. Wood said that gangsters were using the station as a hub to sell drugs. There were several homeless people sleeping near the entrance and using the dilapidated ticket booth to cook food.

Inside the station, thick copper cables hang from poles. Around the station, gang signs like “sexy boys” have been sprayed across pillars and doors. 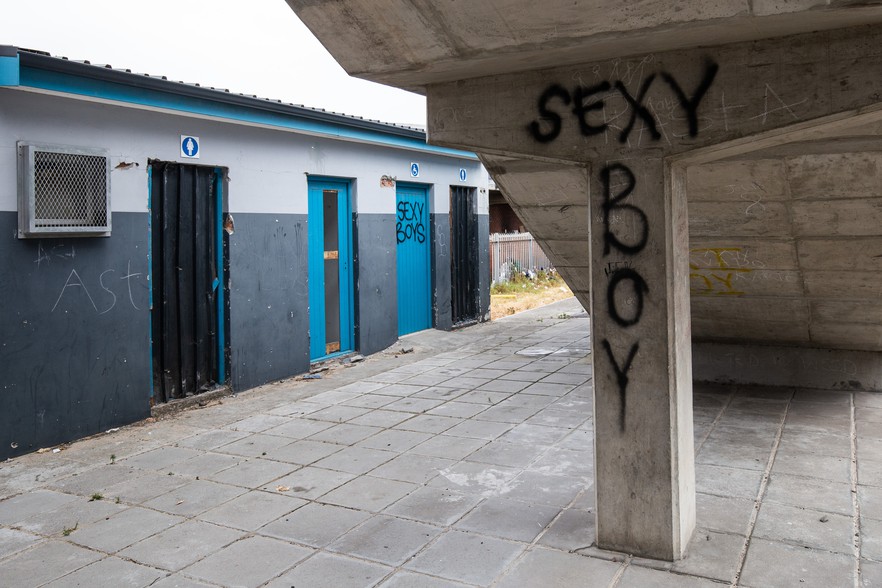