About 200 farmworkers supported by the Women on Farms Project marched to the offices of Agri-Western Cape in Paarl on Tuesday.

The workers, from Simondium near Stellenbosch and surrounding areas, were calling for better wages, an end to forced evictions and harsh punishment for farmers who do not adhere to health and safety regulations.

The group of mostly women marchers were dressed in red T-shirts and held up colourful posters which read “No toilets equals crap wine” and “Stop farm evictions”. Dozens of onlookers were peering out of office windows, some cheering on the marchers as they sang struggle songs through the streets of Paarl.

Earlier on Tuesday, the group met with representatives from the Commission for Conciliation, Mediation and Arbitration (CCMA), the provincial minister of Economic Opportunities and a representative from the labour department’s inspectors. The meeting was held at the Simondium Community Hall.

Outside the offices of Agri-Western Cape, several farm workers were given an opportunity to voice their grievances directly to the organisation’s CEO Carl Opperman.

“Our parents are suffering on farms. The wages are not enough. When someone gets sick on the farm, we have to hitchhike or walk to the clinic. That’s not right … would you want that for your family?” said Sinethemba Ntshweza. The 19-year-old from Klapmuts told GroundUp that he had no choice but to get part-time work after matric in order to help his father who still works on a farm in the area. Ntshweza is studying education part-time at Unisa.

Louisa Warries said women farmworkers were often forced to relieve themselves in the vineyards or nearby bushes because there are no toilets for workers. “We are not animals. We need to be treated with dignity and humanity by the farmers,” she said.

Another farmworker showed Opperman a small piece of paper with R302 written on it. “This is our payslip,” she said. “Farmers are getting rich from our hard work and we have nothing to show for it,” she said.

In a memorandum handed to Agri-Western Cape, Women on Farms said its 2016 survey had found a number of “gross violations” on several farms in both the Western Cape and Northern Cape.

The organisation said there were “major gender disparities” in terms of employment for farmworkers. “The majority of men are employed as permanent workers while women are mainly seasonal for a period of four to six months,” said the organisation’s Roseline Engelbrecht.

She said that the Department of Labour was “too slow” or did not “follow up” when cases of misconduct and safety violations were reported by workers.

Among the demands to Agri-Western Cape, the workers asked that:

Opperman invited representatives from Women on Farms to meet to discuss specific complaints. He said action had been taken against members who contravened the law.

But, he said, it was the responsibility of workers to bring “truthful facts” when laying a complaint. “Come to me with facts that I can follow up. Don’t come with stories that aren’t true,” he said. 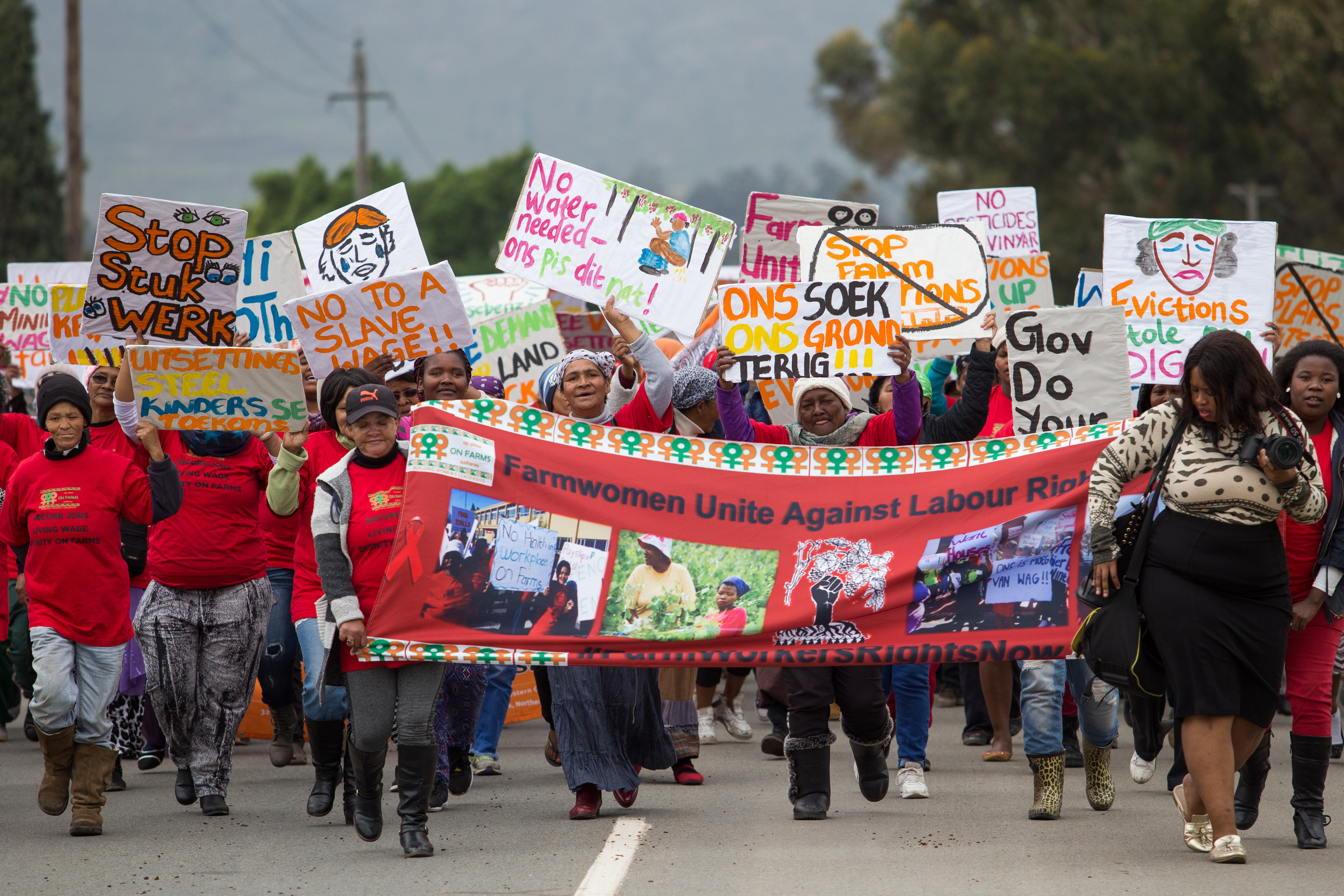 Next:  Woman faces eviction after 51 years on a farm