New full-time Lotteries boss to be appointed early next year 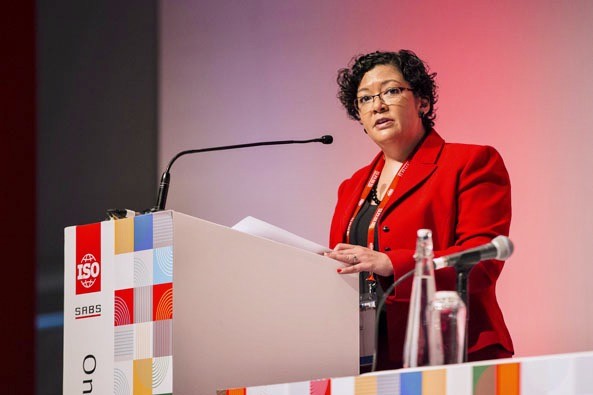 Jodi Scholtz will take over as Commissioner of the National Lotteries Commission next year. Photo: DTIC website

Chief operating officer Jodi Scholtz of the Department of Trade, Industry and Commerce (DTIC) will take over as Commissioner of the National Lotteries Commission early next year. Her appointment is yet to be officially announced, but GroundUp has confirmed it with three different sources with knowledge of the appointment.

Lionel October, a former DTIC director-general, ended a three-month contract as acting commissioner at the end of last month. Mary-Anne Nkuna Tintswalo, NLC executive manager for regulatory compliance, will act as Commissioner until Scholtz takes over.

Scholtz takes over as NLC Commissioner at a time when the NLC is facing a credibility crisis and is under investigation by the Hawks and the Special Investigating Unit (SIU), which recently told Parliament it is probing dodgy Lottery grants worth over R14-billion.

The entire NLC board has been replaced and the former Commissioner, Thabang Mampane, resigned with immediate effect in August, just weeks before her term ended. Her resignation came shortly after GroundUp revealed that money from a grant to build a school in Limpopo had been used to buy a home for her in a luxury North West golf estate.

Former NLC COO Phillemon Letwaba resigned with immediate effect just over a week after Mampane quit, and shortly before he was due to appear before a disciplinary hearing to answer charges of abusing his position to enrich himself and his family.

Several senior staff members have also been suspended and will face disciplinary hearings early in 2023.

Scholtz, who has worked for DTIC since 2002, is well-qualified for the task of repairing the damage caused to the NLC by years of rampant corruption.

SABS was placed into administration in July 2018 by then-minister Rob Davies after he lost confidence in its directors. Davies axed the entire board for “underperformance”, saying they had “failed effectively to exercise the fiduciary duties imposed upon them”. Local industry had also suffered because of poor performance by SABS, Davies said in a statement at the time.

In a CV published on LinkedIn, Scholtz said that since her appointment as SABS Lead Administrator in February 2020, she had taken over the leadership and operations of SABS as the accounting authority.

She says in the CV that she also developed and is “currently implementing” a revised turnaround strategy for SABS, focused on cost reduction and revenue generation to ensure financial sustainability, with a new operating model and organisational structure.

“I am a motivated, resourceful, and results-driven … with a proven strategic ability to efficiently prioritise and manage multiple projects and lead C-level executives in fast-paced, high-pressure environments.

“I have proven myself able to behave in a courteous, professional manner while proactively aiding my co-workers and seniors.”

Next:  Parliament silent on MPs implicated in PRASA corruption