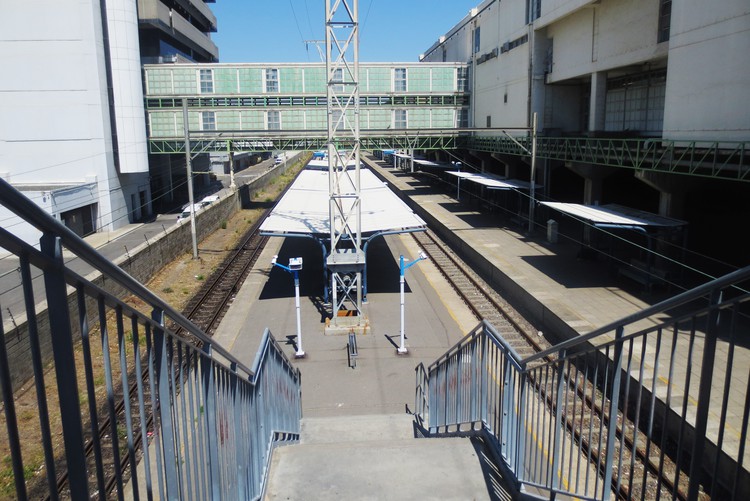 The tide is turning at the Passenger Rail Agency of SA (PRASA), transport minister Fikile Mbalula told Parliament on Tuesday. But the passenger rail agency is still in a financial mess, with its capital budget mostly unspent, in spite of the need to replace trains and infrastructure.

Appearing before the Standing Committee on Public Accounts, Mbalula took pains to insist that PRASA had turned the corner, defending the work of Bongesizwe Mpondo, the recently-dismissed “administrator”, whose appointment by Mbalula was declared unlawful by the Western Cape High Court. He told the committee that “the tide is turning” at PRASA.

However the picture presented to SCOPA suggests a sea of problems to come.

In her presentation to the committee, newly-appointed Acting Group CEO Thandeka Mabija described the causes of the poor audit performance found by the Auditor-General for the 2019/20 financial year: inadequate oversight, leadership instability, poor record-keeping, lack of compliance monitoring and enforcement, poor financial management, and a general lack of effort.

Mabija said that since the period under audit, PRASA had appointed a number of people to key leadership positions, and was in the process of finding a suitable permanent Group CEO.

SCOPA was told that the Special Investigating Unit (SIU) had seconded four members to PRASA to probe issues raised by the Auditor-General and by the Public Protector in her 2015 report – Derailed. The SIU would complete its work at PRASA by the end of March 2021.

Mabija told Parliament that PRASA had an out-of-date fixed asset register, meaning that the rail agency does not know what it owns. Steps were being taken to change this, said Mabija. Without the asset register, PRASA did not know for certain the cost of the widespread theft and vandalism that has gutted the rail network.

SCOPA was told that PRASA had fired a number of employees for misconduct.

According to Mabija, PRASA could not take delivery of the blue “People’s Trains” made by Gibela, as its major depots were at capacity and had not been upgraded. In a briefing to the Standing Committee on Appropriations later in the day, Leonard Ramatlakane, chair of the newly-appointed board of PRASA, said the agency hoped to resolve this crisis within six months.

Group Chief Financial Officer Krishna Govender’s description of PRASA’s financial state raised worries among some committee members. Fare revenue declined by half a billion rand to just over R1 billion. By comparison, in 2015, PRASA’s fare revenue was R2.9 billion. Now, PRASA’s largest source of revenue is the approximately R1.5 billion it gets in interest from its unspent capital budget – some R23 billion. In 2019/20 alone, PRASA only spent R2.4 billion of its budgeted R10.2 billion. In the previous financial year, R2.3 billion of a budgeted R12.5 billion was spent.

Mabija, Govender and Ramatlakane each pointed to a shortage of adequately skilled staff at PRASA, as an explanation for the failure to spend the capital budget or to deal with the vast engineering backlog. Nevertheless, PRASA increased staff costs by R100 million in 2019/20.

Among the key line items in PRASA’s presentation was the plan to buy locomotives for long-distance train routes. In March this year, GroundUp reported on these efforts by PRASA, led by the minister, to buy (again) 23 too-tall locomotives, held in Valencia’s port and controlled by Stadler Rail. Stadler is the Swiss company that bought out Vossloh, manufacturers in the infamous Swifambo contract.

SCOPA was told that PRASA had a draft commercial agreement in place expected to be concluded by the end of December this year.

The DA’s Robert Lees found this peculiar and pressed PRASA on the details, including whether these were the same trains that were considered too-tall for much of South Africa’s long-distance rail system. It was confirmed that these were the same trains, and that a “tripartite team” from PRASA, Transnet and the University of Stellenbosch was still checking whether these trains would be able to operate on some sections of track, and that this report would only be ready at the earliest at the end of January next year.

Lees pressed further, as no explanation was given as to why PRASA was looking to pay for locomotives that they had already spent R2.6 billion on. Ramatlakane promised to provide a comprehensive report on the process and costs. SCOPA chair Mkhuleko Hlengwa (IFP) set Friday 27 November as the deadline.

Next:  Granny was the “true parent”, court rules in inheritance case

Previous:  City of Cape Town in spat with Public Works over refugee camp