During protests over a lack of services in Marikana, Phillipi East, at least five vehicles, including a Golden Arrow Bus and two trucks from Goal Supermarket, were torched on Monday. The supermarket was looted.

Hundreds of people started to protest around 5am blocking several roads with rubble and burning tyres.

Public order police and City law enforcement arrived and used teargas and rubber bullets to disperse the protesters, who retaliated by throwing stones.

There was chaos as clouds of teargas spread through the settlement and residents, including children, were forced to flee their homes. 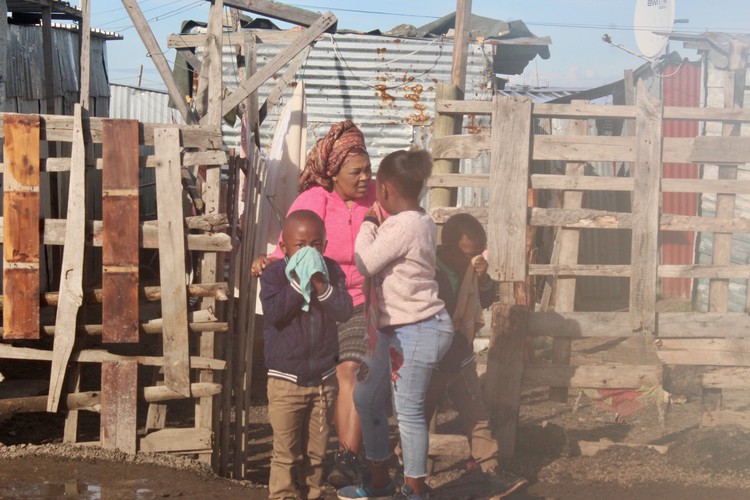 Thembinkosi Tsham, who was carrying a loud hailer, told GroundUp that residents demanded electricity and an improvement to conditions in Marikana informal settlement.

“We were flooded when it rained, and we have been speaking with the municipality about electricity. The municipality first said we were not approved in 2016 and we waited. Till today there is nothing happening.”

Marikana was established around 2014 in the face of numerous demolitions. Residents have for years demanded the City of Cape Town buy or expropriate the private land so that it can install services. In 2017 the Western Cape High Court ordered the City to obtain the land. The City is appealing that decision. 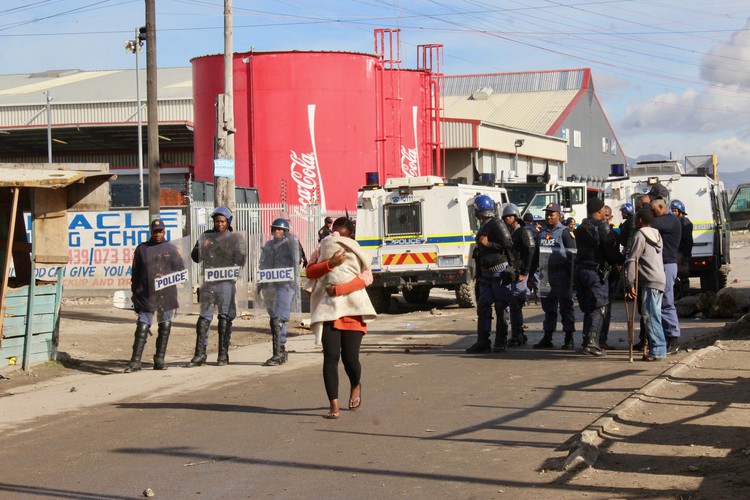 A mother walks past police to her home in Marikana. She was returning from the clinic

Resident Roney Lantyisi said, “People risk their lives connecting electricity illegally and we have submitted memorandums. The mayor must come here to tell us when are we getting electricity.”

He said that the absence of street lighting made crime worse, and residents were being “terrorized by criminals”. Last year, 11 people were murdered on one weekend.

Mongezi Sibhidla said he has been living in Marikana since 2016 with his wife and two children. They use firewood for cooking and candles for lighting. He said they did not use the toilets at night because it was not safe. “The City of Cape Town has been ignoring our calls for a meeting and our demands for a long time, that’s why we are very angry.”

Jacko Nel of Goal pleaded with the crowd. “We hire people from this community and today our two trucks were torched … What will happen overnight? What guarantee do we have that our businesses will not be [further] looted?” 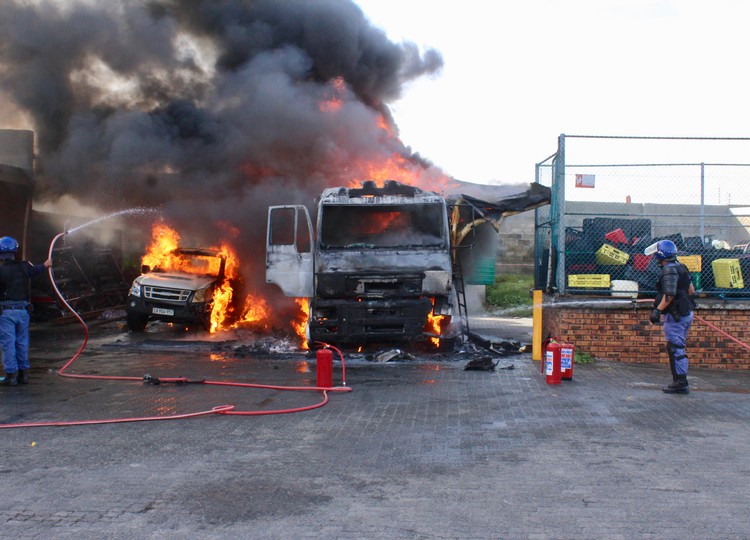 During protests over a lack of services in Marikana, Phillipi East, at least five vehicles, including a Golden Arrow Bus and two vehicles from Goal Supermarket, were torched

“Three people were arrested for public violence and they will appear in court once charged,” said Rwexana

Golden Arrow Bus Services spokesperson Bronwen Dyke-Beyer said the bus was first surrounded and pelted with stones. After the driver and passengers fled it was set alight.

Bus services were being diverted.

She said the company “condemns this callous attack in the strongest possible terms … Burning a Golden Arrow bus achieves nothing and serves only to inconvenience passengers dependant on public transport and to jeopardise their working life and safety.” 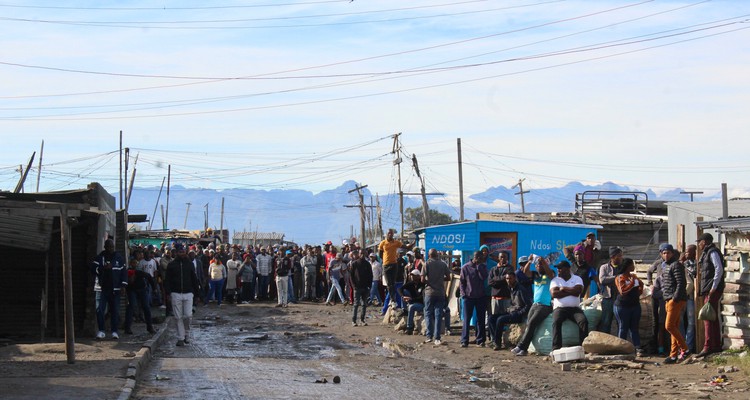 Tens of thousands of people live in Marikana without formal services

“In light of humanitarian concerns, the City has installed taps and container toilets on the City-owned land within the road reserves and on the edges of the settlement, and is providing a refuse collection service, to provide some relief to the community while the court case surrounding the land invasion is underway.”

Bianca Capazorio, spokesperson to Premier Alan Winde, replied that representatives from the Office of the Premier had been in telephonic contact with the Marikana leadership.

“Given the leadership’s willingness to engage with the state in such a constructive manner, as indicated in their correspondence, we are therefore surprised that the community has now indicated that they are unhappy with the response they have received and resorted to protest action, which has resulted in the unlawful destruction of property and disruptions in the city.”

The correspondence Capazorio referred to included Winde’s request for a meeting with the City of Cape Town in order to see how to take the matter forward with them, the national Department of Human Settlements and with the private land owners.

“He requested that the leadership of the Marikana community give him time to schedule and hold these engagements and committed to provide updates once the meetings have taken place,” she said.

Capazorio said in response, Chairperson of the Marikana Informal Settlement, Daluxolo Naki wrote back thanking Winde and stating: ‘”We acknowledge and appreciate your willingness to work with us in finding solutions for Marikana and we trust that ours will be a fruitful relationship.”

“Mr Naki requested that the leadership of Marikana be invited to attend the engagements and to be allowed to make meaningful contributions,” said Capazorio.

Next:  “The ANC has fooled us enough. They must deliver” says Pietermaritzburg protester