Lighting for Marikana at last

Residents of Marikana informal settlement in Philippi have welcomed the switching on of the first high-mast light which they hope will reduce crime in the settlement.

The 30 metre high-mast light in Sheffield Road was switched on by Cape Town Mayor Patricia de Lille on Wednesday, and is one of five to be installed in the area. Residents had been promised about 10 months ago that lights would be installed as the lack of lights was a big contributor to crime.

De Lille said the delay was because the City had to get permission from the Airports Company as the light was in the flight path of aircraft.

“The City has put aside R2 million and we have to install four more lights,” she said. But, De Lille added, some people would have to be moved to make way for the lights. 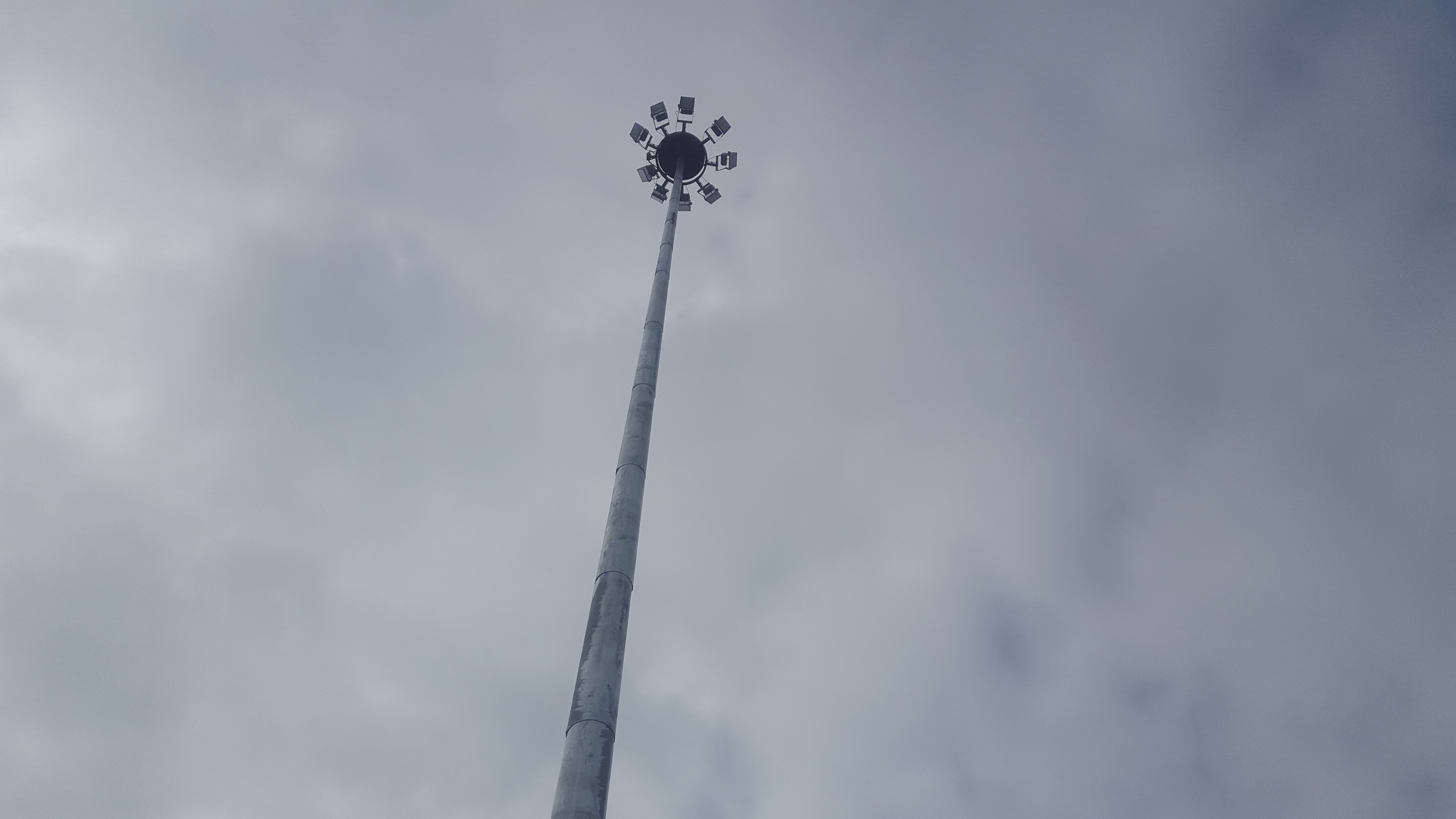 The high-mast light had to be lower than usual because it is in the flight path of aircraft to and from Cape Town International Airport. Photo: Mary-Anne Gontsana

Resident and community leader Daluxolo Naki said leaders had spoken to the residents and they were willing to move but they wanted to know where they would be moved to.

De Lille said the City had identified land in Macassar.

Residents also urged De Lille to address their demands for electricity in the area and in their homes for more toilets and standpipes.

De Lille said the land was privately owned and the City could not install services. “As we switch this light on today, I am aware of all the other problems that you are facing, you want more standpipes, more toilets. We can bring those onto City-owned land around Marikana. There are nine private owners that own this land and if we can sort out the question of the land, then we can electrify all the structures.”

Theliswa Ngantweni, who lives in a shack with her three children, one grandchild and her husband, said she was extremely happy with the switching on of the lights. “But I pray that these criminals do not steal the cables. We are very strict these days when it comes to crime, we deal with these criminals.”

Ngantweni, who has been living in Philippi for 15 years and in Marikana for four, said the lack of electricity and of water was a problem. “There are no taps and we have to cross the busy Sheffield Road to get water from taps in Lower Crossroads. Many children have been knocked over by cars in this road. We use pota-potas as toilets but we need flush toilets.”

Naki said, “The City must buy this land. They must come up with the solution. We are living in darkness. I am afraid of night. I wish there was no night time.”

It's great that the first high-mast light was switched on. It will assist in curbing crime in that area as criminals don't like to be seen.

De Lille says that they were waiting for permission from the Airport company but what for what? Because height of the high-mast light is 30 metres compared to the altitude of the plane which is about several kilometres at Marikana.

She also says that services can't be installed here because this land belongs to private owners. But the High Court gave the City of Cape Town the instruction to buy the land being assisted by the Provincial or National government. Or to expropriate it if there's no agreement with the owners.

That means it's in the City of Cape Town's power to install services but De Lille's answer pretends it's not. I do not like this attitude towards destitute and vulnerable people.