Heavy rainfall this week has caused flooding in informal settlements across Cape Town. About 700 homes have been affected according to the City’s Disaster Risk Management spokesperson Charlotte Powell. However, no evacuations have taken place. Plastic sheeting was issued to fix leaking roofs. 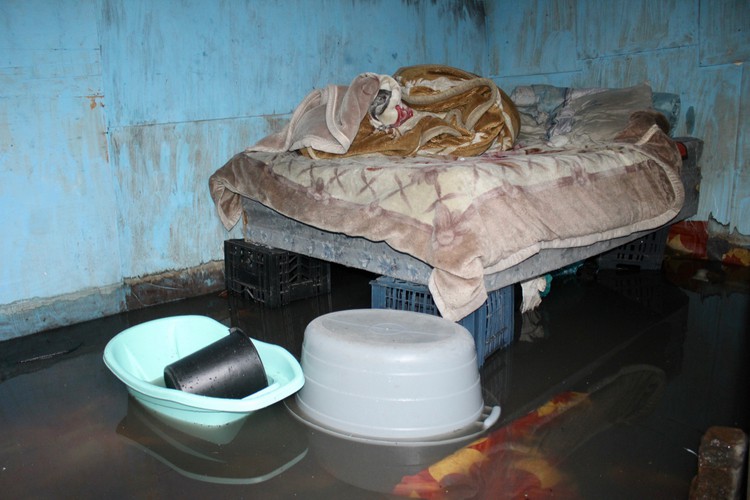 This home in Philippi was abandoned after it flooded

In Philippi’s Brown Farm, Nokubonga Mali, who collects metal and cardboard, braced the cold and wet to make her way to the scrapyard. “I am not working, and my two children will go to bed on an empty stomach if I do not go to the scrapyard.”

But Mongami Gushu in Marikana, Philippi, showed GroundUp an abandoned home. “They have a family close by. They left due to the flooding,” Gushu explained. 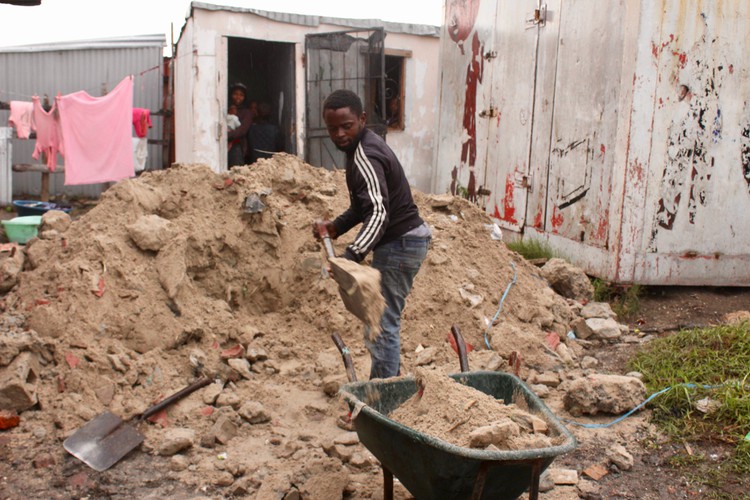 Trucks delivered sand and gravel for flooded roads. People used the sand to create barriers to keep their homes from flooding.

Resident Lulekwa Hlekiwe said, “Before the elections, you journalists came with them [the politicians], but today you come alone. Maybe we should have voted for you [journalists] because you do come back!” 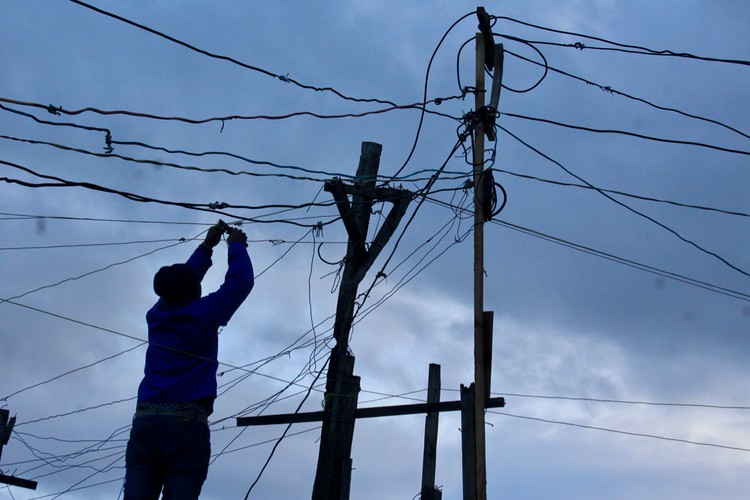 GroundUp found a man working on illegal electricity connections. Asked why he was risking his life in the wet and without safety boots or gloves, he replied: “I will not sleep in darkness when I have both my hands and can fix this.” 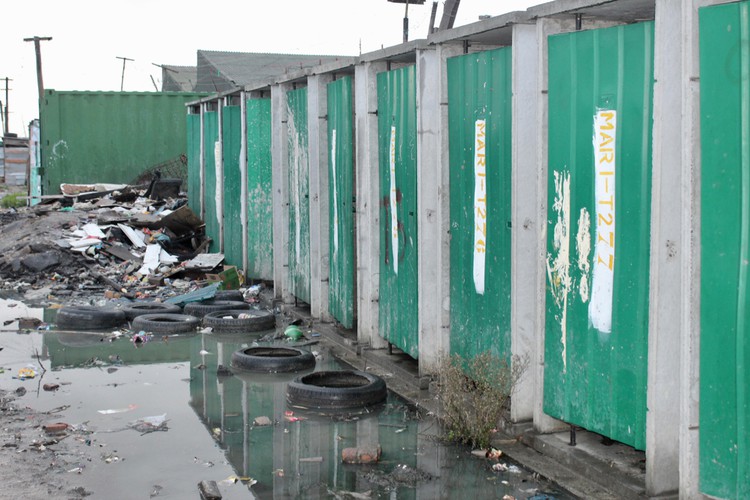 On Wednesday night, Powell said officials had completed assessments in informal settlements in Khayelitsha, Strand, Gugulethu and Crossroads. More flooding is expected in the coming days. 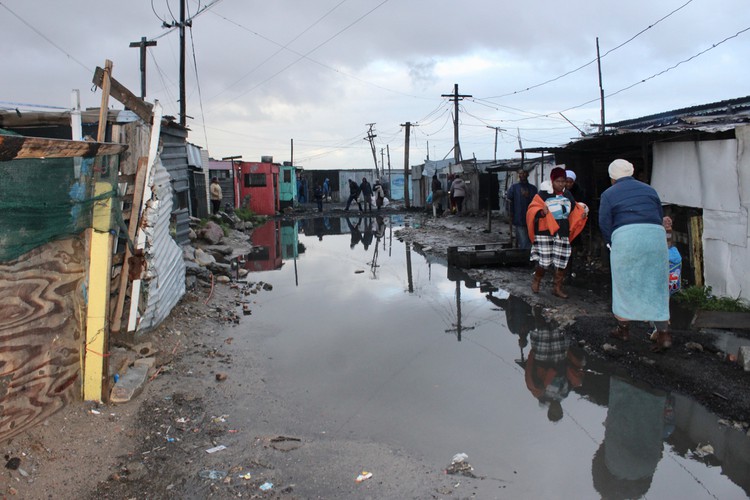 Roads in Marikana, Philippi, were deep in water on Wednesday after the rains earlier this week

Previous:  Breaking the cycle of poverty in Louis Trichardt