Immigrants must be given health care even if undocumented, health department confirms 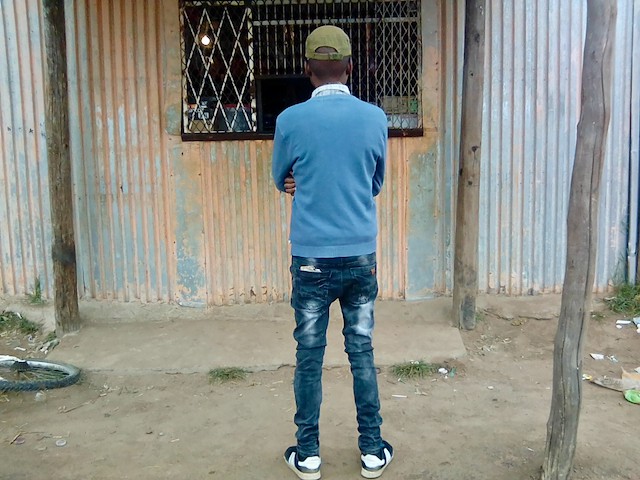 Several immigrants in Makhanda say they have been turned away from local clinics when their permits to be in the country have expired. Photo: Loyiso Dyongman

A number of immigrants in Makhanda say they have been denied health care because their permits to be in South Africa have expired.

Eastern Cape health spokesperson Sizwe Kupelo says immigrants have a right to get health assistance even if their permits have expired. “They have a right to medical care with or without documentation,” said Kupelo.

But a number of immigrants have told GroundUp they have been turned away at several clinics in Makhanda.

A man, from Zambia, who owns a spaza shop in Extension 9, said he went to Joza clinic in December. He had a clinic card, but he was asked where he was from. When he said, Zambia, he was asked to produce his permit.

“They then told me that it was expired and I can’t get assistance. I left and decided to visit a special doctor … doctors are very expensive,” he said.

“It is not that we don’t want to renew permits but sometimes you don’t have enough money for that,” he said.

Permits have to be renewed at the Visa and Permit Services Centre in Port Elizabeth or Durban.

A man from Pakistan, who owns a spaza shop in Joza location, said he went to Settlers Day clinic last Friday and was turned away because his permit has expired.

He said this was not the first time and it had happened to him in 2018 as well. “I was swollen and could not even eat but they turned me away. I ended up taking Panado and doing a mixture of other things to fight the pain.”

A man from Bangladesh, said he was also turned away at the Settlers Day clinic in February.are

Meanwhile a Zimbabwean said he had no problems visiting Raglan Road and Settlers Day Clinics last year. “I was sick and visited the clinics. Maybe these people who turn away foreign nationals with expired documents are individuals who abuse foreign nationals just on their own. Or I was lucky and met nurses who have faith. My permit was expired when I went there to both clinics but I was assisted,” he said.

Next:  Kimberley residents fed up with municipality’s handling of water crisis

Previous:  “I gave up when they told me that I wouldn’t be able to write matric without an ID book”