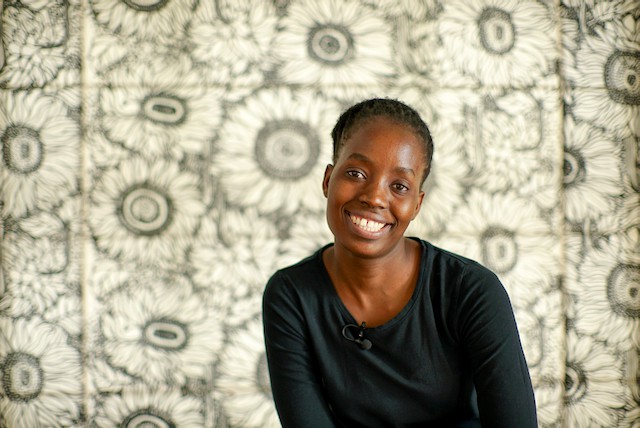 Since arriving in South Africa two decades ago, Primrose Modisane has never been outside of Gauteng. She says once she gets her ID she would like to go back to school to finish matric, open a bank account and get her drivers licence. Photo: Daréll Lourens

Zimbabwean-born Primrose Modisane has been living in South Africa for 20 years without an ID or birth certificate.

“It’s difficult because I can’t open a bank account. I can’t apply for any social grants. I can’t walk around freely without the fear of being arrested by police. If you’re sick you cannot go to the hospital because they will ask for an ID,” she says. (By law, hospitals have to treat undocumented people. - Editor)

“Statelessness is essentially an acute violation of the right to citizenship. A stateless person is a foreigner everywhere and a citizen nowhere. You are not recognised as a citizen in any country,” said Thandeka Chauke of Lawyers for Human Rights (LHR).

The organisation, together with the United Nations Refugee Agency (UNHRA) briefed the Department of Home Affairs parliamentary portfolio committee about statelessness in South Africa on Tuesday.

LHR says people of mixed parentage, orphaned and abandoned infants, adults whose births have never been registered, and undocumented long-term migrants are most at risk of being stateless – someone who is not considered a national of any state.

In Modisane’s case, she and her mother left Zimbabwe and moved to South Africa in 2001, when she was in Grade 5. They lived with her grandmother (83), a South African citizen, in Vosloorus, Gauteng, where she attended primary and high school.

Since her mother was undocumented, Modisane was unable to register for a birth certificate.

She said she only realised the extent of the problem of being undocumented when she was unable to write her final matric exams in 2010.

“I realised in matric that I needed an ID book to write my final exams. So my granny and I approached Home Affairs to get one for me. “

“We went to the offices in Germiston, Vosloorus, Boksburg and Harrison. But we stopped visiting the different branches to get help because we ran out of transport money because my granny is a pensioner.”

“I gave up when they told me that I wouldn’t be able to write matric without an ID book. We tried everything. We tried to get an affidavit where my granny could explain to them why I don’t have an ID book. But it didn’t work, so I gave up,” she said.

Unable to finish matric, Modisane decided to enter the job market and started working as a domestic worker in 2011.

Getting citizenship for her daughters

Another challenge Modisane faced was getting citizenship for her two daughters, aged five and 12.

She was unable to register their births and get birth certificates because she is undocumented. She approached LHR for assistance in 2017. She was advised to get DNA tests done with her daughter’s father (a South African citizen) to prove that they are related, and apply for birth certificates.

Both of her daughters now have birth certificates.

Modisane, her mother and her grandmother also got DNA tests done in March 2019. After a mistake was made on the samples, they only received the correct results on 17 February 2021. They visited the Germiston Home Affairs branch the following Wednesday to apply for birth certificates for Modisane and her mother, but were told to come back the next Tuesday. When they arrived that Tuesday they were told that the person they were supposed to see was on leave and were told to return the following Monday (8 March).

They revisited the Germiston offices on Wednesday. After completing registration forms, the officials told Modisane that she can only apply for her own birth certificate once her mom, who is currently still undocumented, receives both a birth certificate and an ID card of her own.

Modisane’s current employer, Sophia Welz, said the process of getting her registered has been “intimidating and unhelpful”. Modisane has been in her employment since 2014.

“When you tell your story and the person behind the counter says, ‘Ag, man you’re lying’, it’s very displacing and difficult.”

Welz adds that she is concerned about what will happen to Modisane if she ever needs to urgently go to the hospital with no form of identification.

“I’m not sure what the government is so scared of. They could be taxpayers while working and contributing to our society. They’re already here and deserve to get the necessary papers and have access to basic services.”

“If more people knew about statelessness they’d be more sympathetic,” she said.

CORRECTION: The photograph was incorrectly credited in the original version of the article.

Next:  Immigrants must be given health care even if undocumented, health department confirms