Kimberley residents fed up with municipality’s handling of water crisis

The city has had rolling water cuts since December 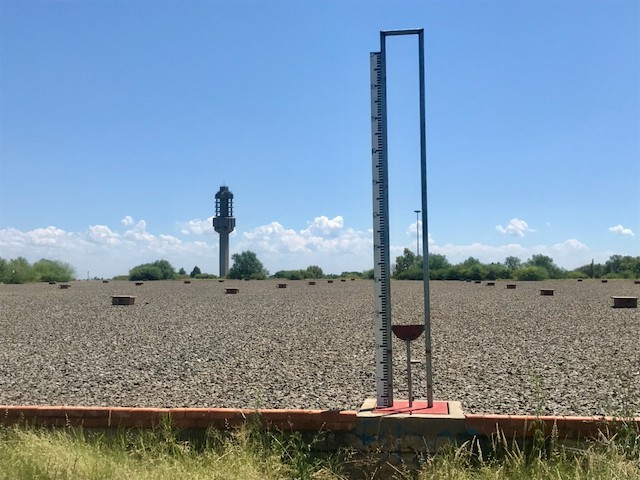 Water levels at the Newton Reservoir in Kimberley are low. Photo: Masego Mafata

Residents in Kimberley say they have been experiencing an unreliable water supply from the Sol Plaatje Municipality since December 2020. Water is cut off in the evenings and restored in the mornings.

According to community activist and Kimberley resident, Tumelo Mosikare, the water supply was cut off for two weeks in February to repair a damaged pipe. When water supply was restored, it was discoloured.

Chairperson of utilities at Sol Plaatje Municipality Councillor Themba Gomba said, “Our water had different colours at some point because there was more mud in the river due to the rain. Our plant [Riverton Purification Plant] could not cope. They had to backwash the water twice or thrice. The colour has improved and the levels have also improved.”

But Mosikare says the municipality is not being truthful. “It is not raining anymore and the water supply is still inconsistent,” he said.

“Vandalism and theft affect service delivery,” said Gomba. He said that to replace the vandalised and stolen equipment, water must be temporarily cut.

Gomba said the municipality was working to repair leaking pipes to ensure that the water crisis is addressed.

The municipality’s 2018/2019 annual report revealed that it received a qualified audit from the Auditor General, due to losses of more than half its usable water.

GroundUp visited Newton Reservoir, which provides water to most of the suburbs in Kimberley. Only two of the four reservoirs had water.

Shell Goliath, a community activist, said the community had come together to try and hold the municipality accountable. “We have a petition circulating, which was initially started because of the water crisis but now includes all service delivery issues,” she said.

She said one of the common issues was residents being charged higher water bills than usual, despite the water cuts they have been experiencing.

The municipality said theft also affected water supply and the delivery of other services.

Next:  A Mitchells Plain mother whose sons were murdered joins march against crime

Previous:  Immigrants must be given health care even if undocumented, health department confirms