Residents block off suburb to protest against gang violence

Pensioner Maureen De Vries lost her stepson and her grandson to gang violence and nearly lost her son. On Wednesday morning she was one of about 100 residents of Hanover Park who blocked the roads into the suburb in protest against gang violence.

“I’m fighting for my grandchildren and great-grandchildren,” says De Vries, 73, who has been living in Hanover Park for over 30 years.

She says she has 30 grandchildren and 16 great-grandchildren. Even during school holidays, she says, the children cannot play outside. “We want to walk freely.”

Her 36-year-old son was shot three times in the back and once in the head four years ago. She says it was a case of “mistaken identity”. He survived, but her stepson and grandchild both died in gang-related incidents.

De Vries says that she knows of gang activity in the area but is too afraid to speak up. “Tomorrow, they will shoot me through my head,” she says.

On Wednesday protesters blocked entrances to Hanover Park, holding placards saying “Our children’s lives matter”, “This mom has had enough” and “lives not knives”. Police kept watch, making sure protesters did not block the main streets surrounding Hanover Park.

“The whole world is deaf to what is happening here,” says Mansoer Arendse, a Hanover Park resident and one of the organisers of the “shut down”. “We’re pleading for help and if help is not going to come, we have to defend ourselves because we are dying.”

His 19 year old son was stabbed to death in gang related violence. He does not know if anyone has been arrested.

Arendse, who is now 44, was born in Hanover Park. He says that growing up he could play in the streets, but his children can’t do the same.

Protesters used rubble to block streets and forced vehicles to use alternative routes. Residents and children marched through the wet Hanover Park streets chanting “enough is enough”. Protesters said police were never around when shooting is happening in the area, but here they are during a “peaceful protest”. 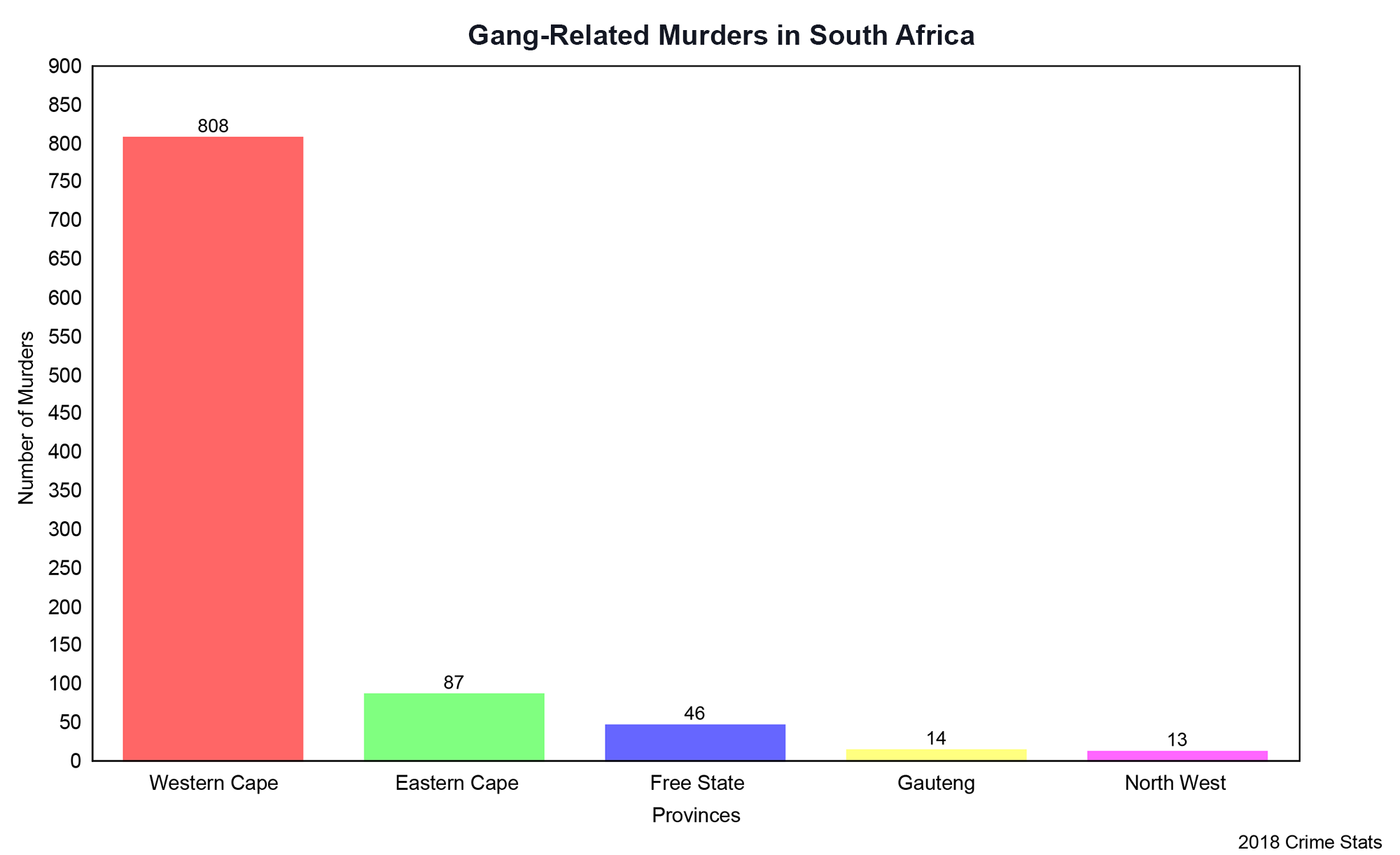 The Western Cape is the most gang-ridden province in South Africa. Compiled by GroundUp from page 16 of this SAPS report.

This is not the first time Hanover Park and other areas with high rates of gang violence have been shut down by protests. In 2018, residents blocked streets in Bonteheuwel, Bishop Lavis, Kensington and Hanover Park. This led to President Cyril Ramaphosa announcing a new gang task force, which was launched in Hanover Park. In June 2019, Minister of Police Bheki Cele told media that The Anti-Gang Unit (AGU) is “not enough”

Since November 2018, over 2,300 people have been murdered in the Western Cape, according to a statement on 1 July 2019 by Premier of the Western Cape Alan Winde. The Premier and several community policing forums are calling for intervention by the South African National Defence Force.

“Any move that seeks to take back the power from gangsters and criminals, and which puts more boots on the ground, should be considered and supported,” Winde said. “The deployment of the army as a peacekeeping force on the Cape Flats would free up police to do investigative work.” But Police Minister Cele has opposed military intervention.

According to the 2017/18 CrimeStatsSA crime statistics, seven of the 10 police precincts with the highest number of reported murders are in the Western Cape. 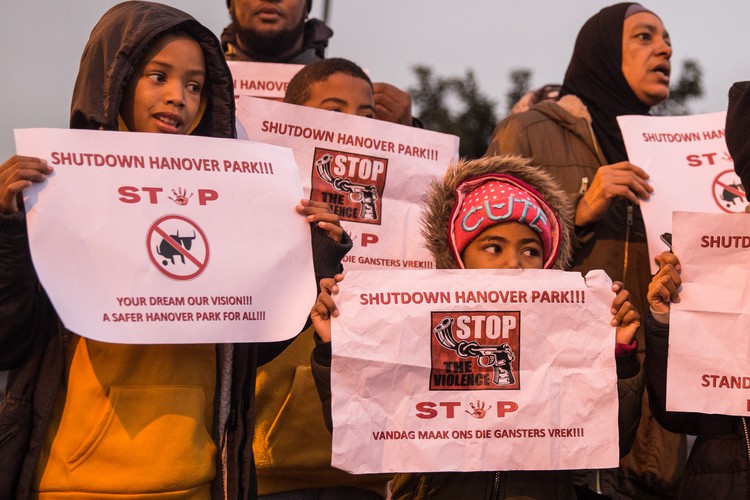 Next:  Clinic struggles with new workload in aftermath of fire

Previous:  Emergency workers sit around all day because there are no ambulances