Several hundred residents of Bonteheuwel in Cape Town closed off entrances to the area in the early hours of Wednesday morning, in protest against gang violence.

The protest follows an anti-gang march in Kensington last week.

Residents said there have been several fatal shootings in the last weeks.

“It’s a traumatic life as a resident,” said Henrietta Abrahams, who first lived in Bonteheuwel in the early 1990s. “Nothing has really changed. Gangsterism has just heightened and poverty has deepened.”

“There’s deep scarring. There’s deep emotional and psychological trauma that we are experiencing.”

A teacher who wished to remain anonymous said the school was tired of being held “at ransom”.

The children were being “held captive by gangsterism”, he said. “Kids can’t even move beyond the school grounds.”

He said though many police officers were present during the protest, the police were not visible when they were needed. “Innocent people have been killed.”

Gairoenesa Jacobs, who has lived in Bonteheuwel for over 30 years, said, “We cannot walk peacefully in our streets. So we are here to take our streets back”. 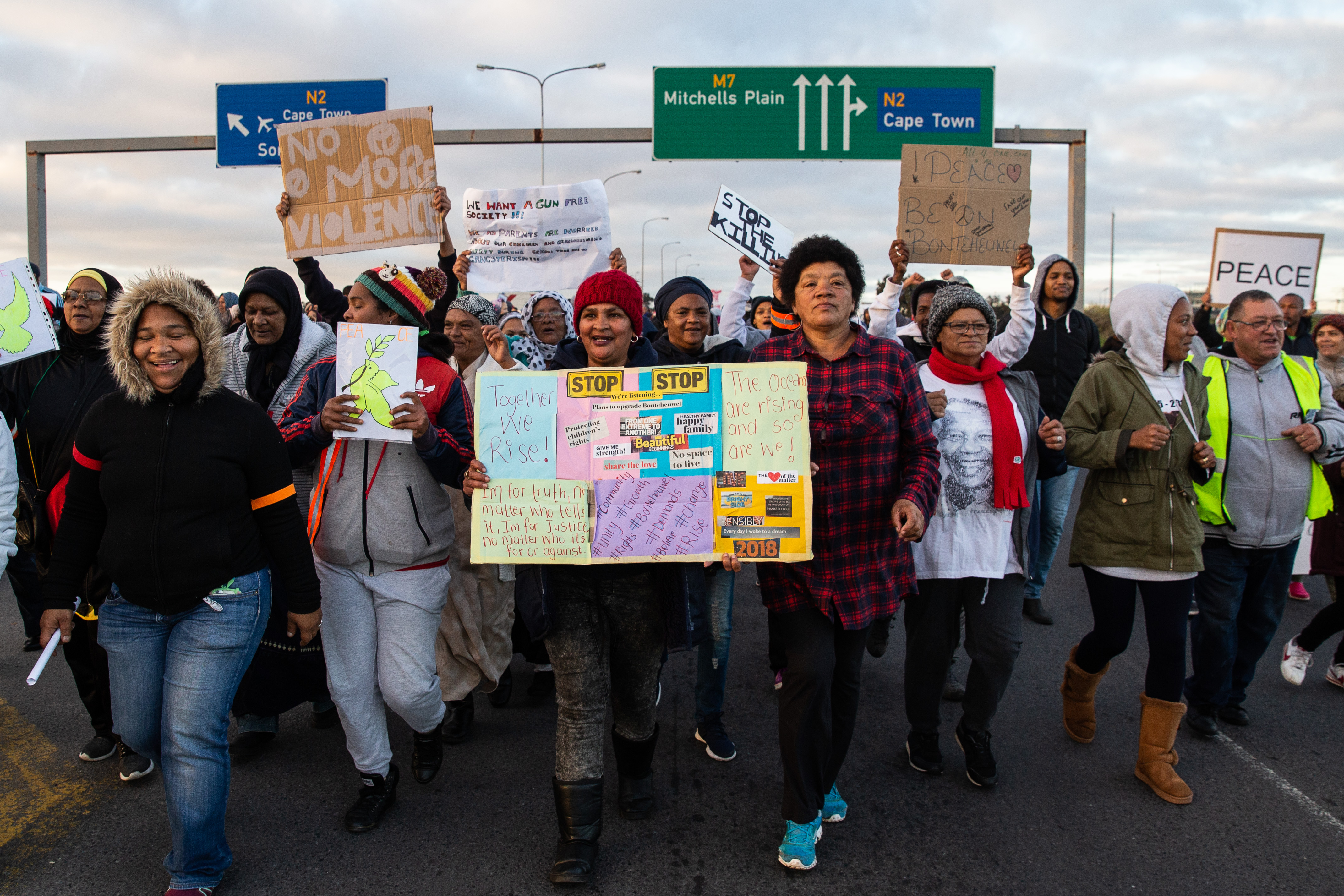 As the sun rose, just after 7am some of the protesters moved into Jakes Gerwel Drive bringing traffic to a crawl, forcing it to divert through Langa. Protesters then marched down the main road holding placards: “Give our community back” and “Gangsters be afraid. Be very afraid!”. By then there were hundreds of protesters at both entrances to Bonteheuwel.

A group of about 50 protesters broke off and marched through the suburb chanting loudly: “No more drugs. No more killings” and “An injury to one is an injury to all”. One protester said they were marching through the streets so that the “merchants” could hear them. At one point, protesters started singing, “We are the world.”

Video of the Bonteheuwel protest by Shaun Swingler

Tensions started to rise when public order police asked protesters to move away from the main road at the Jakkalsvlei entrance. Refusing to move, protesters sat on the ground praying. Police fired rubber bullets and stun grenades and used tear gas to disperse the crowd.

At the Bluegum Street entrance along Jakes Gerwel Drive, police were forcing protesters out of the main road. Protesters shouted and gestured angrily. One protester said, “Do it to the fokken gangsters here!”. When ward councillor Angus McKenzie arrived he was booed and police asked him to move away as his presence was making the situation more tense. Protesters then started to chant “McKenzie must fall”. 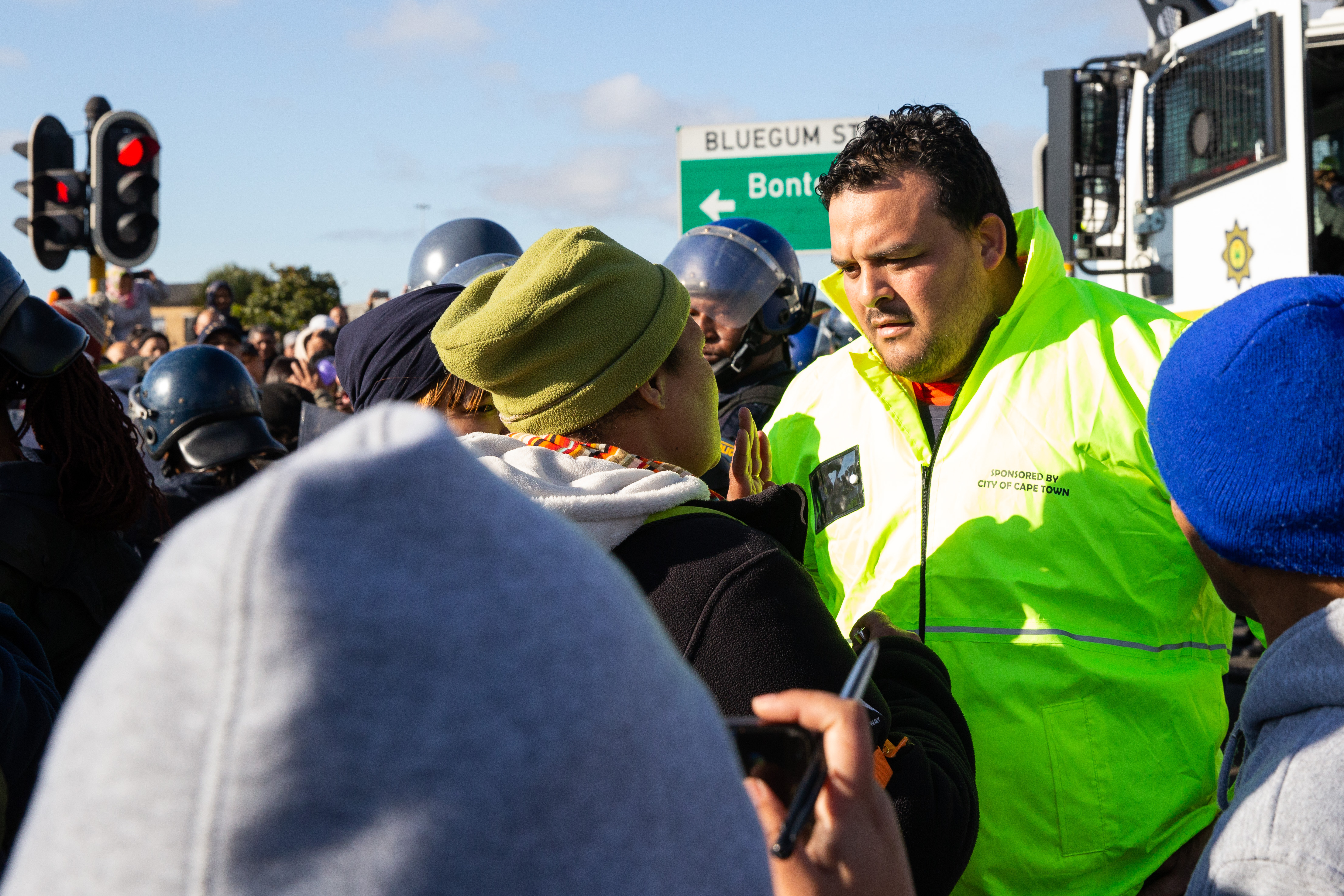 “Today’s protest again highlighted the huge problem of gangsterism and drugs,” said McKenzie in a press statement later. But, he said, “what transpired during the protest cannot be accepted”.

Protesters continued to demonstrate until 10am. A memorandum addressed to Lieutenant General Khombinkosi Jula was handed over to police.

Next:  Showdown over land occupation in Brakpan looms