Former Oceana fishmeal plant could have been used for a community project, says fisher 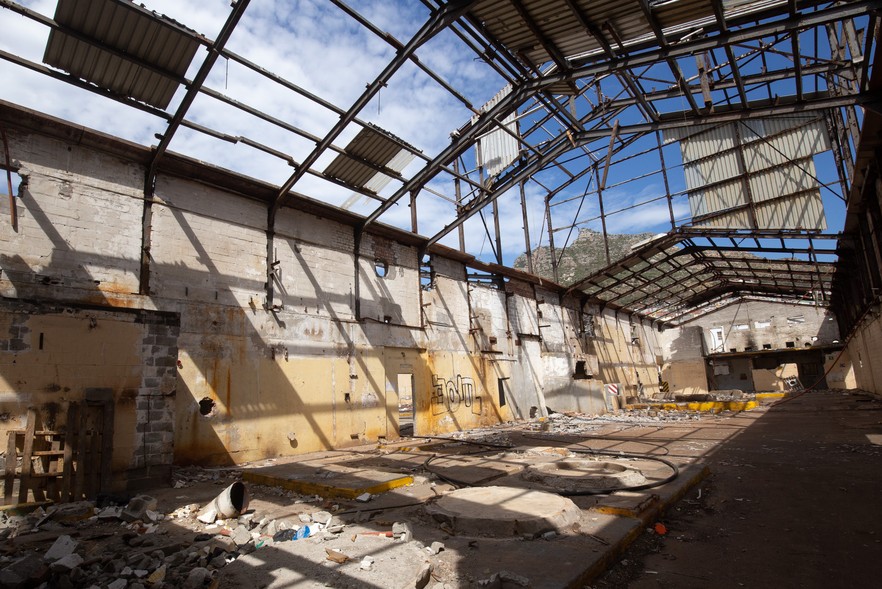 The factory is now derelict. The steel roof beams have been completely stripped. Photos: Ashraf Hendricks

The former Oceana fishmeal factory in Hout Bay has been stripped by looters while the Department of Public Works dithers about its future.

Steel beams, bricks, and piping have been removed from the huge factory, which covers nearly a hectare, and asbestos is littered across the site. Hout Bay residents are concerned about the safety of the buildings, which can easily cave in, and also the waste of space of a prime location on the harbour.

Oceana ended its lease agreement with the Department of Public Works and Infrastructure in March 2021, handing the site back to the department. The fishmeal plant had closed down in December 2019, following a fall in production and complaints about the smell.

“Oceana then gradually stepped down its security, as Public Works assured us that they would secure the site,” said Zodwa Velleman, Group Executive of corporate and regulatory affairs.

Since then, the building has gradually been stripped bare. When GroundUp visited the site on 20 April, there was no security. Hardly anything was left of the structure. A few people were busy removing bricks or digging holes and stealing piping. The roof of the building had been removed completely. One man who was removing bricks said that they were being sold for R1 each. 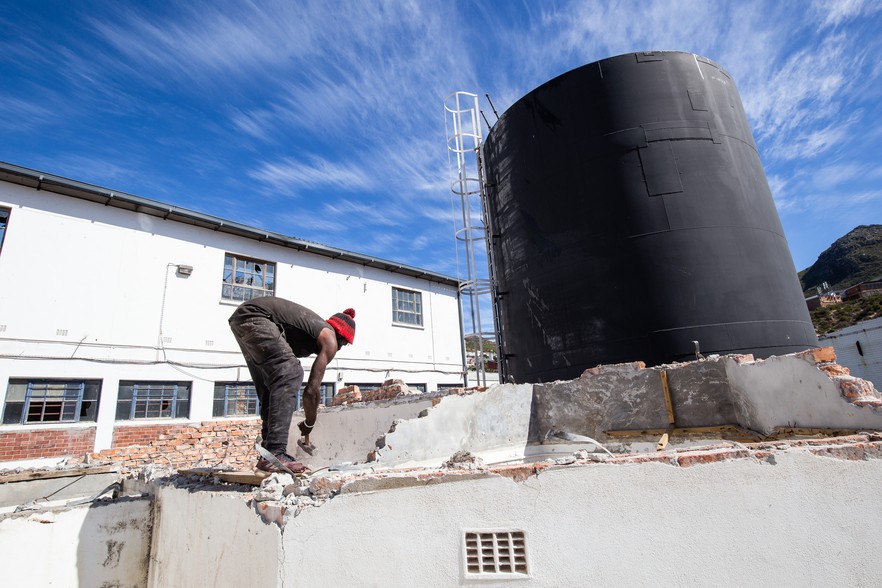 A man knocks out bricks from what is left of the building. He said he could sell them for R1 each.

Velleman of Oceana said the company had raised concerns about the state of the building repeatedly with Public Works and other authorities, as well community leaders. She said the site was “covered in broken asbestos”. Inhaling asbestos fibres can cause damage to the lungs or the lining of the lungs, including mesothelioma, which is a deadly cancer. Velleman said a man had fallen to his death while looting from the building.

Mchunu said that the department was aware that the buildings had been stripped bare.

Gregg Louw, of the Hangberg Peace and Mediation Forum, said that their “hearts broke” when they heard the factory would close down and many locals would lose their jobs. “They had their own harbour, their own jetty. And they built it on the sweat and sacrifice of the Hangberg community,” he said.

Local fisher John Reed said the premises should have been used for the benefit of the surrounding community, but it is now “a little bit too late”. Reed said that the factory had been a major contributor to employment in the community. He said a community-driven project in the building would have been a good idea, along the lines of the Doring Bay Abalone project, where empty buildings on the harbour were used to start an abalone farm when Oceana closed its crayfish plant. 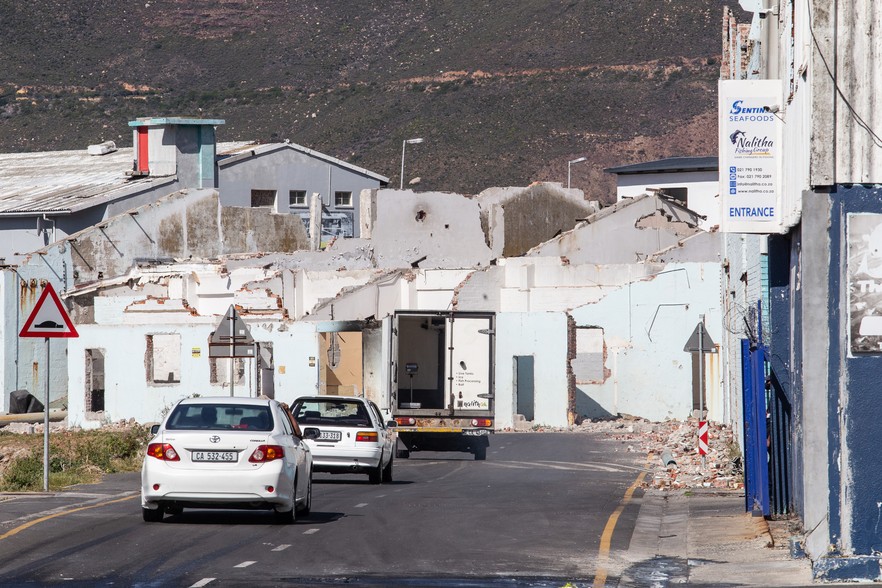 Buildings owned by the Department of Public Works have been completely stripped.

A former employee of Oceana, who asked not to be named, said he had worked for the company for 38 years. He said that many people in the surrounding area had complained about the smell from the fishmeal factory.

“We did everything to dampen the smell and make it less. But still the people were complaining,” said the former employee. Now he is unemployed and struggling to find a job. He is nearly 60.

Velleman of Oceana said that employees were provided with alternatives. Some accepted retirement packages and others chose to move to the company’s St Helena Bay operation. There were about 75 staff at the time the factory closed. 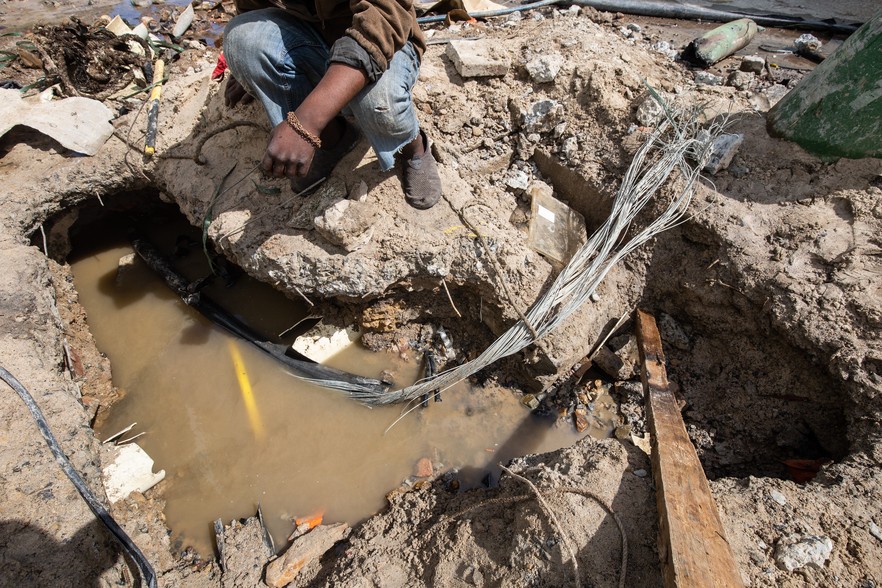 A man strips copper wire from the old factory.

Next:  Seven million people have applied for the R350 grant since Saturday