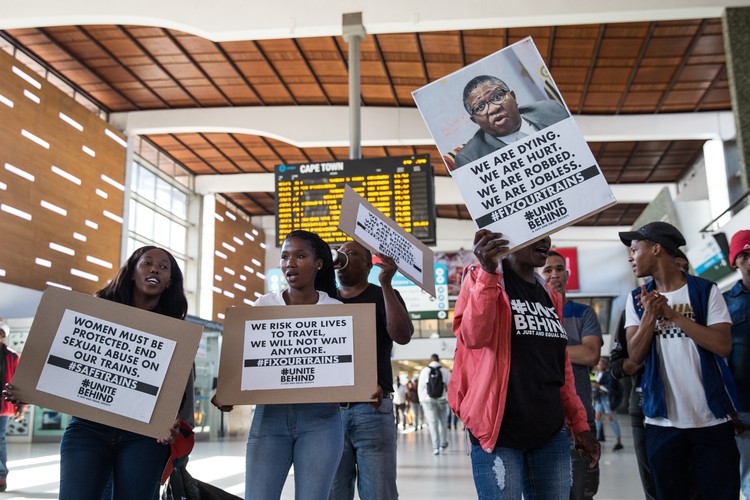 First, on 31 August 2020 the Cape High Court overturned the sale of the Tafelberg site in Sea Point. The 218-page judgment doing so has been hailed as a landmark in the struggle for housing and for creating a fair Cape Town. This would not have happened without the inspired and dogged efforts of the housing activist organisations Ndifuna Ukwazi and Reclaim the City.

Second, also in August, the Cape High Court ruled unlawful transport Minister Fikile Mbalula’s appointment of an administrator to run PRASA. The appointment was one of the more recent shenanigans in government’s conspicuous failure to stop the looting of PRASA.

Fourth, on Wednesday, the Judicial Service Commission advised President Cyril Ramaphosa to suspend Judge Tintswalo Makhubele while gross misconduct proceedings against her are finalised. She has been directly implicated in murky dealings while chairing the PRASA board (plus having a conflict of interest in that she was appointed a judge and sat on the rail commuter’s board at the same time).

These last three would not have happened without the intervention and campaigning of the commuter activist group #UniteBehind.

Zackie Achmat played a vital leadership role in each of these victories. Achmat already had a place in the country’s history for having led the Treatment Action Campaign’s successful struggle for HIV treatment. His strategic savvy in first imploring, then fighting, Mbeki’s government is legendary in activist circles. (He then played key roles in the Social Justice Coalition and Equal Education.)

In the Tafelberg and PRASA campaigns he was ably supported by many, including Zukiswa Vuka of UniteBehind, together with his longtime assistant, James Stent (who joined GroundUp in early 2020). Their work included analysing highly technical documents, drafting affidavits, assisting brave people who despite evident risk were determined to expose PRASA’s wrongdoings, and pulling together civil society organisations and public interest law firms into joint action. A courageous individual or individuals leaked a trove of damning documents to #UniteBehind that became known as #PRASALeaks.

Successful political activism depends on mobilising people to protest on issues that affect their lives. But it also requires smart research, astute media relations and well-chosen, well-run legal battles. Activism achieves results, provided it is resolute, intelligent and strategic. This is in stark contrast to social media grandstanding and public performance masquerading as activism.

The trains don’t run properly yet and the country’s housing crises will not be resolved soon. But the Tafelberg court victory paves the way for significant progress and the three PRASA victories are crucial steps towards fixing the trains and, in the case of Siyangena, recovering stolen public money.