Neighbouring towns at war over jobs 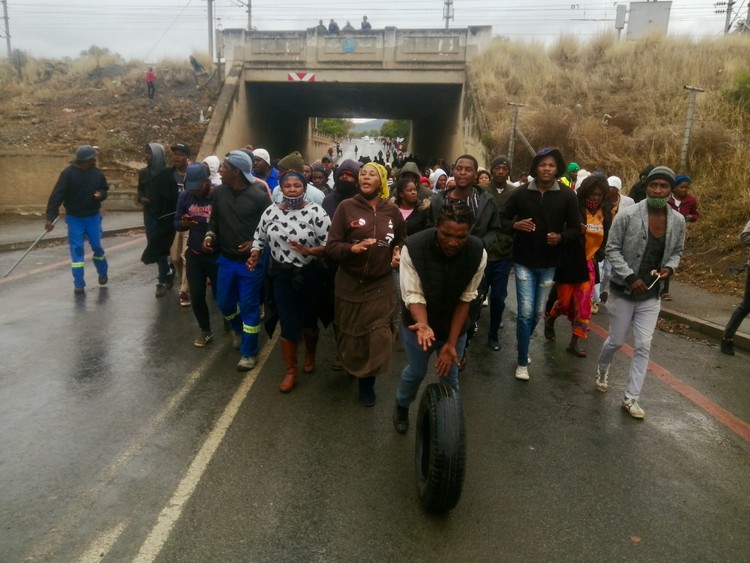 Police dispersed protesters in Cookhouse, Eastern Cape, on the N10 on Friday morning. Since 29 September there have been on-going protests in Cookhouse and Somerset East, a fight for jobs at the R28-million multi-purpose industrial park construction project in Somerset East.

On 9 October, residents ordered Cookhouse Creamery and Fresh Stop filling station to replace all its workers from Somerset East, including petrol attendants and security guards, with people from Cookhouse. Taxis from Somerset East transporting workers to Cookhouse wind farms were also turned away.

On 12 October, protesters shut down four schools and a clinic by removing all the workers from Somerset East.

Bhongolwethu Mema from Cookhouse said, “We were not even given a chance to speak. We were expecting five representatives from each side but the unruly crowd of Somerset East heckled us and we had to leave the meeting.”

After the meeting, Cookhouse residents gathered at Madiba Community Hall and demanded that their councillors write to Eastern Cape Premier Oscar Mabuyane and ask him to intervene as they were unhappy with Yantolo’s mediation.

Siyabonga Mgxashe, chairperson of Somerset East Construction Forum, said, “That is not the true reflection of what happened … The Cookhouse residents and their business people always maintained that projects happening inside Cookhouse will only benefit them.” He referred to the Tau Pele project on the N10, the water treatment works, a clinic and a school.

“They [Cookhouse residents] couldn’t swallow their own medicine, hence they decided to walk out of the meeting.”

Municipal manager Thabiso Klass said the conflict came about because of competition for business and employment opportunities between local businesses and the two communities.

Next:  Four big victories show what political activism can achieve