Residents marched to private companies and the local shopping mall 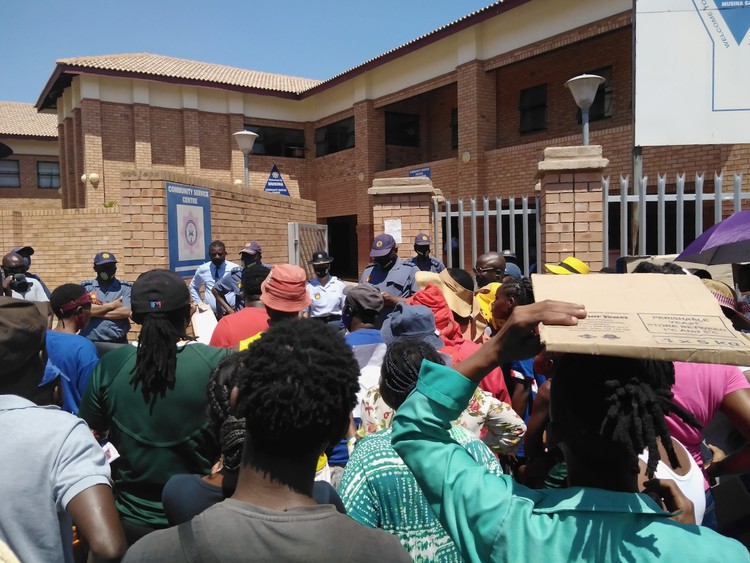 “Put Musina residents first! Put South Africa[ns] first!” was the chant taken up by about 70 protesters who marched from Manyathela Stadium to local government offices and then to Musina mall on Friday.

They handed over memorandums to the municipality, the ambulance service and hospital, police and fire stations, the Departments of Labour and Home Affairs, De Beers and the Raubex Construction, Musina Mall management and shop owners.

The demonstrators were demanding that 85% of all local jobs go to South African residents in Musina.

Freedom Boikanyo, a community leader, claimed that companies like De Beers and Raubex, and shops at Musina mall are hiring immigrants. “It is because foreigners are prepared to work for less than what is expected,” he said. He wants the Department of Labour to investigate the wages local employers are paying.

The demonstrators also made claims that some immigrants are holding fraudulent South African IDs and are living in RDP houses in Matswale township.

They also want Musina Municipality to run its own water and sanitation affairs, which currently fall under Vhembe District Municipality, which they say is doing a poor job.

The memorandums were received and signed by government officials and managers of private companies, who promised to respond within seven days.

Next:  Abahlali leads hundreds in march against corruption in Durban