Anguish of father of two sisters swept away by Msunduzi River 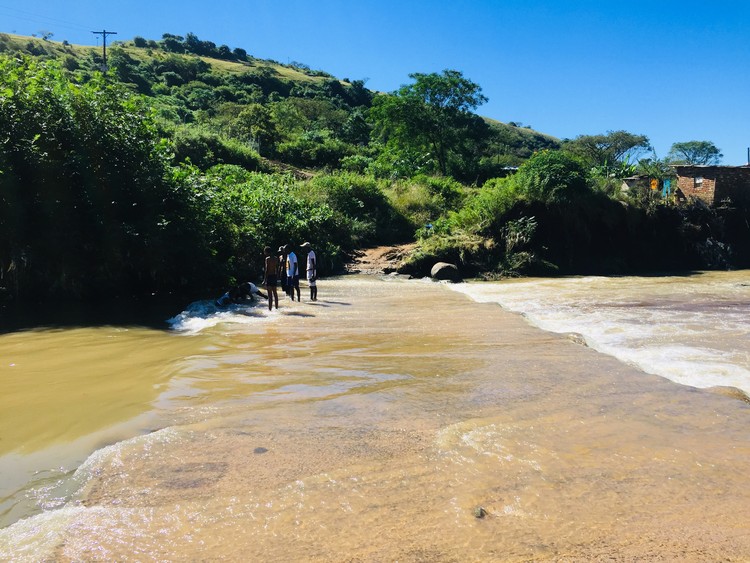 This is where Ishimbahombwa Hawazi’s two daughters were attempting to cross the Msunduzi River in Peace Valley 2, Pietermaritzburg during flooding last Thursday. He says all he wants is for their bodies to be recovered so he can lay his children to rest. Photo: Nompendulo Ngubane

The devastated father of two sisters who were swept away while trying to cross the Msunduzi River in Peace Valley 2, Pietermaritzburg during flooding several days ago says he just wants to lay his children to rest.

We spoke to Ishimbahombwa Hawazi on the river bank on Thursday where his daughters were last seen. Recovery efforts by Msunduzi municipality’s rescue teams are expected to continue once water levels subside.

Layla, 24, and Nursa, 19, were crossing the river during flooding last Thursday while on their way back from school. This was the same day as Hawazi’s birthday. His daughters are among five people swept away by the river and are among over 400 people across the province who lost their lives in the floods.

“They were both following a neighbour who crossed the river first. He said he looked back and saw them struggling, but couldn’t help them because the water was overpowering. I guess they thought they would make it,” he said. Since then, only a backpack one of his daughters was carrying has been found along the river.

Hawazi described his girls as “loving humans”. He said Layla was attending Mountain Rise Islamic school and Nursa was a learner at Sobantu Secondary school. The family moved to South Africa from the Democratic Republic of Congo (DRC) and have been permanent residents for seven years.

“My wife is not taking it easy. They were our only daughters. I’m coping slowly but it’s hard for a parent to go through this. My faith is the only thing keeping me strong. This happened on my birthday and at a time when we were fasting [Ramadan]. I believe my daughters are in paradise now.”

Local ward councillor Dumisani Phungula promised that the search for the young women will continue once the water levels subside and it’s safer for rescuers. “The rescue team believes that it is at the stage where the bodies are likely to float to the surface. The spots that divers will be targeting are Henley Dam and the Msunduzi river,” said Phungula.