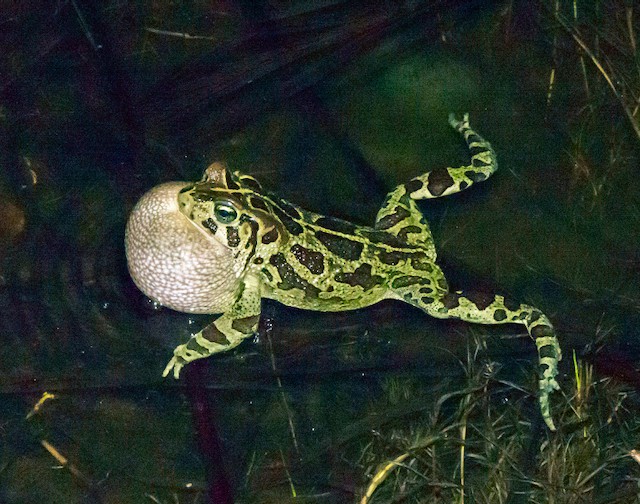 The long-running attempt by the City of Cape Town to build a new road link along the edge of the environmentally sensitive Noordhoek wetlands in the southern Peninsula has been given the green light by the provincial government.

But a High Court application could still stop the project in its tracks – as happened in 2004 when then Western Cape environment MEC Tasneem Essop pulled the plug.

On 15 March, current environment MEC Anton Bredell signed a letter dismissing appeals against his department’s approval of the second phase of this major two-phase road project.

However, just 48 hours later, lawyers for the Noordhoek Environmental Action Group (NEAG) submitted a 387-page application to the Western Cape High Court challenging eight key elements in Bredell’s September 2020 approval of phase one of the new road and asking for the approval to be reversed.

NEAG, backed by the local ratepayers’ association, informed the court that a constitutional issue was raised in its papers: the applicability of the environmental rights contained in section 24 of the Bill of Rights, Chapter 2 of the Constitution.

The group says the new road will “most probably” result in the local extinction of the Western Leopard Toad, an endangered species.

Phase one of this road project, that dates back to 2002, involves a 1.2km proposed extension of Houmoed Avenue in Sunnydale, running along the eastern side of the wetlands. Phase two is a planned further extension that will connect Lekkerwater Road with Fish Eagle Park in the west and facilitate the City’s upgrading plans for both formal and informal housing in the densely populated township of Masiphumelele.

NEAG submitted substantial objections during the environmental impact assessment process for both phases of the new road, and also filed appeals in both cases when Bredell’s department issued separate environmental authorisations to the City for the two phases.

In his dismissal of NEAG’s appeal against the phase one approval, Bredell confirmed the conservation importance of the wetlands but said the impact of the planned road would be acceptable with mitigation measures and rehabilitation.

But NEAG argues in its papers that phase one of the new road will result in “irreparable ecological degradation to the wetland”. The group says the decision to dismiss appeals doesn’t promote conservation, sustainable development and justifiable economic or social development; that it will be detrimental to the general environment, including the environmental right to species diversity; and that it will be harmful to the health and well-being of all the inhabitants of the area.

In her founding affidavit, NEAG chairperson Andrea Marais-Potgieter says the “charismatic” Western Leopard Toad – considered “a flagship species for conservation within the City of Cape Town” – is an endemic species in danger of extinction.

She points out that an umbrella organisation, the Western Leopard Toad Conservation Committee, was appointed to oversee conservation of this species, and the City was initially a member. But the committee was initially not even asked for its opinion of phase one of the road project.

“The road proposed to be built, in this section of the Noordhoek wetlands, cuts directly through two important Western Leopard Toad breeding ponds, and through the periphery of a third breeding pond. The resulting loss of habitat, blockage of essential movement and dispersal corridors, and the substantial increase of vehicular traffic flow, will cause a significant and potentially irreversible in the local populations of the Western Leopard Toad in the Noordhoek valley.”

The contentious issue of the independence and impartiality of the environmental practitioner responsible for both phases of the project, Sadia Chand of Chand Environmental Consultants, is raised by both Bredell in his dismissal of NEAG’s appeal against phase two of the project and by NEAG in its court papers about phase one.

Bredell notes the City of Cape Town’s support for Chand, its rejection of any bias on her part in the impact assessment process, and its satisfaction that her being a director of road construction company Martin & East “had no potential of influencing the objectivity of her [EIA] report”.

He says NEAG has not shown that she was biased or that she “misrepresented the environmental impacts or the content of the expert reports in any way.”

But NEAG argues that Chand was “dismissive of any view put forward objecting to the development or raising concerns about biodiversity”. The group says she “was in fact biased in favour of approving the planned road”.

Previously, Chand has defended her conduct vigorously, arguing that NEAG’s allegations are “completely without merit” and have the potential to damage her reputation and that of her firm.

The City of Cape Town is the first respondent in the court case and Bredell the second.

Felicity Purchase, Mayco Member for Transport, said the City was considering its options regarding the application and would inform NEAG once a decision had been made – by 12 April at the latest.

Bredell’s spokesperson James-Brent Styan said the MEC had not yet decided whether to oppose NEAG’s application.

Next:  Municipalities are creating arbitrary requirements for “permission” to protest