Enemies of the nation: How the “war on drugs” has failed South Africa

Drug use is a social and health issue. It is not a criminal justice issue 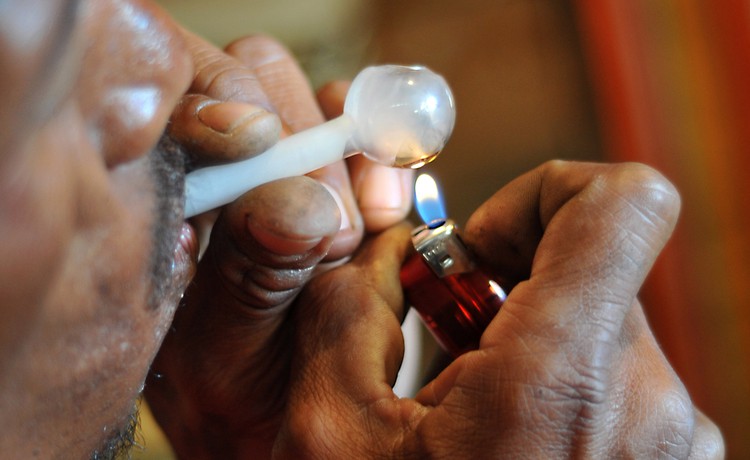 How did the world come to blunder so badly on drugs? asks the writer. Photo: Brenton Geach (reprinted with permission of Geach, exclusive copyright, not Creative Commons)

The global “war on drugs” has failed. The decades during which it has been waged have inflicted devastating consequences on societies in both hemispheres. These are no longer fringe advocacy assertions. They are an increasingly obvious truth. A series of authoritative international reports has documented the calamitous mistakes and catastrophic impact of “warring” on drug use and drug users. There is a much better way to deal with drug use and dependency: mounting evidence indicates that these are best addressed as a social and public health issue, and not as crimes.

Our own former President Kgalema Motlanthe has added his name to the call for reason. Recently he joined the Global Commission on Drug Policy (DCDP) in condemning the misplaced strategy of the “war on drugs”.

In 2018 the United Nations (UN) finally conceded that its policies had failed to eliminate drug use. Instead, they had spawned monster off-shoots. The harms include a multi-billion dollar black market in drugs and the catastrophic weakening of justice and financial systems and political structures. These result from massive amounts of drug money that bend politicians, lawyers, prosecutors, jailors, even judges, and – of course, always – banks.

In the wake of the UN’s turnabout, UN Chief Executives, representing 31 UN agencies, in March 2019 expressed “strong and unanimous support” for decriminalising possession and use of drugs.

Recently, South Africa took a small but significant step vindicating this approach. In September 2018, the Constitutional Court’s Prince judgment, to which I was party, struck down criminal laws preventing the use and possession of small amounts of cannabis for personal consumption in private.

How did the world come to blunder so badly on drugs? “War” talk – futile, brash, misplaced macho-speak – has been with us since President Richard Nixon declared drug abuse “public enemy number one”. The notion that drug use and distribution can be stopped by macho talk and guns has proved catastrophically wrong.

Locally, drug-war rhetoric still dominates. Communities with high levels of drug use are “war zones”. Drug use is wrongly conflated with gangsterism. And drug trafficking “and its associated challenges” are described as a threat that “undermines [our] national safety and security”.

But who are the enemies against whom are we warring with this militarised campaign of policing, criminal law and incarceration? Not alien invaders, but our people.

More importantly: what has this “war” achieved?

Globally, every year perhaps $100 billion is spilt down the drain of drug-related law enforcement — an estimated $50 billion by the US alone. Millions of people are arrested for non-violent drug-related offences. Many who use drugs, and subsistence sellers, receive extremely harsh sentences.

And there is a class dimension to all of this. Sandton or Constantia cocaine users, inside their gated communities, are seldom if ever targeted. Nor are the kingpins who profit from artificial margins that only prohibition can create – enough to buy allies in law enforcement and at the borders, who ensure ready continuing supply.

It is the mules, the small-scale subsistence sellers, the small-time suppliers, who are sacrificed to police action to make it seem there is effective action – or to strike a blow against the competition.

In South Africa, minimum sentences criminalising dagga and other drugs have long scarred our courts and police and the administration of justice. The apartheid ideologue Dr Connie Mulder introduced these measures in 1971. They continue to burden criminal trial-court rolls – and exacerbate prison overcrowding.

Current statutory provisions stipulate the same minimum sentence – 15 years – for non-violent drug trafficking as for certain categories of murder. This reveals, shockingly, how badly wrong both our theory and practice of drug use have gone in trying to curb it.

Over-use of incarceration has led to choked-full prisons and inhumane and degrading conditions of detention. Paradoxically, these produce an environment for gangs and drug use to flourish.

There is no doubt that drug use can be a problem, and can lead to devastating consequences that must be countered. It spawns social ills – just like cigarette smoking and alcohol use. All three are social and public health problems. None of them are matters for the criminal law. We must counter-act drug use with public information, education, counselling and treatment – not with the big blunt stick of the criminal law.

Not only do criminal laws not work, they also impair proper management of the problem and dissuade people from seeking the support and services they need.

The prisons system is not equipped to offer treatment for drug use. And, despite the highly controlled environment, illicit drugs are readily available in prisons. Criminalisation fosters criminal networks and gangs, it pollutes the world of high finance, makes a sham of border controls, and subverts the criminal process and the courts of justice.

Behind the misplaced use of criminal law lies a deep-rooted belief that criminal punishments should be inflicted on those considered deviant. The apartheid state was premised on this notion. South Africa has a history of using criminal law broadly and brutally, not only in minutely enforcing apartheid’s misery but in persecuting sex workers and in hounding sexually and gender-diverse people.

However, voices of reason are growing louder. Portugal has seen the way, and taken it. In 2001, it abolished all criminal penalties for personal drug use. On our continent, the West African Commission on Drugs called for similar action. It cited evidence that the “war on drugs” exacerbates health and social insecurity. Following this recommendation, Ghana has become the first African state to rely on alternatives to incarceration to address personal drug use.

For long, I have spoken out against criminal punishments being used in the HIV epidemic. There is no doubt that HIV infection is a bad thing, something to be countered and avoided. But we do not help contain or treat it by criminalising people with HIV. Instead, we drive people away from education and treatment, and we undermine proper public health management of social problems that don’t belong in the criminal courts.

That lesson we embraced in the AIDS epidemic. Unlike many African countries, our Parliament decided, wisely, that new criminal remedies targeting people with HIV and AIDS would boomerang.

The same applies to drug-use. Instead of applying harsh criminal penalties, our country should embrace a supportive, not punitive, approach.

Criminal laws target already vulnerable groups. The risks of drug use often intersect with, and are exacerbated by, the risks other vulnerable groups face, like sex workers, homeless people and those subjected to gender based violence.

The “war on drugs” disproportionately affects economically marginalised, Black and Coloured people. Women who use drugs are subjected to gender-specific discrimination and social exclusion. They tend to have less access to harm reduction or other services. They experience far higher rates of intimate partner violence and are more vulnerable to contracting sexually transmitted infections.

Criminalisation assumes that the vulnerable are enemies of society and punishes them for that. Language is potent. When we speak about wars, we invoke the image of the Enemy, of the Outsider, who threatens our security and prosperity. When we slip between Criminal and Drug User, we do more than create a criminal offence – we criminalise a significant sector of our society, including many in our circles or families.

The consequences of this rhetoric go damagingly far. People who use drugs are exposed to a systematic process of dehumanisation and discrimination. Additionally, the rhetoric prevents us from engaging with the structural causes of drug use. And it obscures how criminalisation lends support to vicious cycles of poverty that target the most vulnerable and marginalised in society.

Too often, the war on drugs is, in reality, a war on “marginalised communities”.

Drug use is a social and health issue. It is not a criminal justice issue – and it certainly is not a national security issue. There is no health rationale for invoking criminal law sanctions.

However, as the abolition movement so often reminds us, abolishing criminal penalties on its own is never enough. What we need is an evidence-based continuum of care and support that prioritises the effective prevention and resolution of drug dependence and protection against stigma.

Beyond decriminalisation, intelligent legal regulation for drug use will go a long way to removing the drug-related harms suffered by people who use drugs and the communities they live in.

We are a long way from properly managing the effects of drug use. However, a reassuring international shift is happening. It points us to better solutions. War-talk increasingly is displaced by social and public health models that focus on the vulnerabilities of people who use drugs, rather than the “threat” they pose.

The threat, instead, comes from the misplaced, and dangerous, use of criminal justice remedies to social problems. It is not too late for us to learn, and to do better.

Former Constitutional Court justice Edwin Cameron is the Inspecting Judge of the Judicial Inspectorate for Correctional Services (JICS). He is also on GroundUp’s board.

Previous:  Foreign nationals are being held in prison past their release dates