Foreign nationals are being held in prison past their release dates 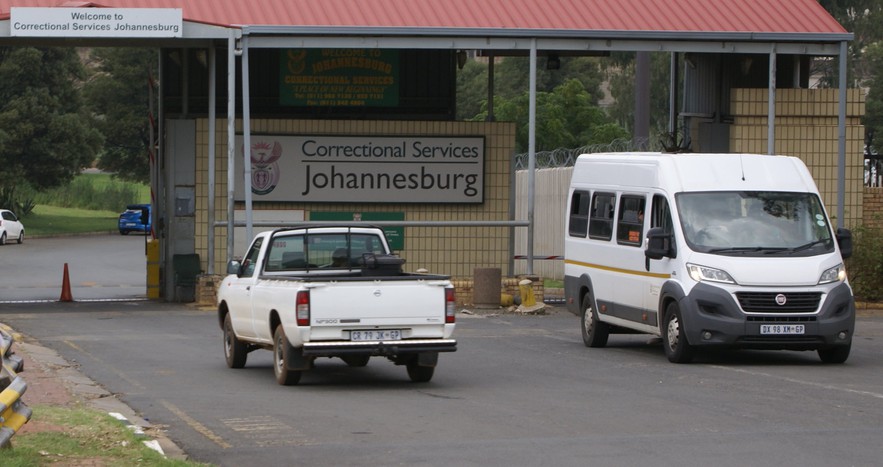 GroundUp has learned that inmates in correctional facilities who are undocumented foreign nationals have been kept in prisons past their release datess due to lockdown. Archive photo: Ciaran Ryan

GroundUp has learned of foreign nationals in various correctional facilities who have been kept in prison past the release dates given to them by parole boards or after having completed ther sentences.

Department of Correctional Services (DCS) spokesperson Logan Maistry said about a month before the release date of foreign national prisoners, DCS contacts the Department of Home Affairs (DHA) to see if they are legally in the country. If not, then DHA is notified to come and take them from the prison to Lindela Repatriation Centre for deportation.

But this process had been disrupted during lockdown, he said. Before level three lockdown, said Maistry, “DHA had indicated that they will not collect illegal foreign nationals who were to be deported upon expiry of sentences or upon reaching parole dates. Since level three lockdown, Maistry said, DHA had started again to collect undocumented foreign nationals and transfer them to Lindela.

But DHA spokesperson Siya Qoza said, “Home Affairs has been deporting people throughout the lockdown”.

In Leeuwkop Medium C prison, about 24 prisoners say they were due to be released and taken to Lindela for deportation in August, but their release has been postponed to September.

“Our families are expecting us back in our countries but now we are being locked up longer. We have served our sentences. I don’t know why we are still being kept here,” a Zimbabwean prisoner, who asked to remain anonymous, told GroundUp last week.

A prisoner in Witbank Correctional Services, also a foreign national, said he appeared before the parole board in June and was given a release date in July, but he has still not been released.

In Baviaanspoort Correctional Centre, a Zimbabwean inmate appeared before the parole board in February and was given a release date in April. “When I went to collect my clothes … they told me I won’t be leaving because of the Covid-19 lockdown. Until today, nothing has happened,” he said.

He said when he goes to the prison administration offices to check when he will be released, he is told to wait until “Covid-19 is over”.

Meanwhile undocumented foreign nationals who have completed their sentences are being “released” into “temporary facilities” on prison grounds, as designated by the DHA, said Maistry. According to Maistry, there were close to 500 foreign nationals in these temporary detention facilities as at 13 August.

For example, about 30 cells in one corridor of Leeuwkop Correctional Centre had been designated for this purpose, an inmate told GroundUp.

Judicial Inspectorate for Correctional Services (JICS) spokesperson Emerantia Cupido said JICS was aware of these temporary facilities as the lockdown regulations had made provisions for them.

As a result of the Covid-19 restrictions, all international and inter-provincial borders were closed and the borders were not open for general repatriation of foreigners so the prisoners could not be moved, said Cupido.

“They are segregated from other inmates and wear their own clothes. Even though they are housed in a correctional facility, they are no longer classified as inmates,” Cupido said. This means that DCS disciplinary rules no longer applied to them and they had more privileges than prisoners.

Now that the country had gone to level two, she said, there might be more movement again.

Cupido said DCS was working to get the issue resolved and JICS was facilitating discussions. One such intervention led to the release of 20 foreign nationals at one of the centres, she said.

Next:  Enemies of the nation: How the “war on drugs” has failed South Africa