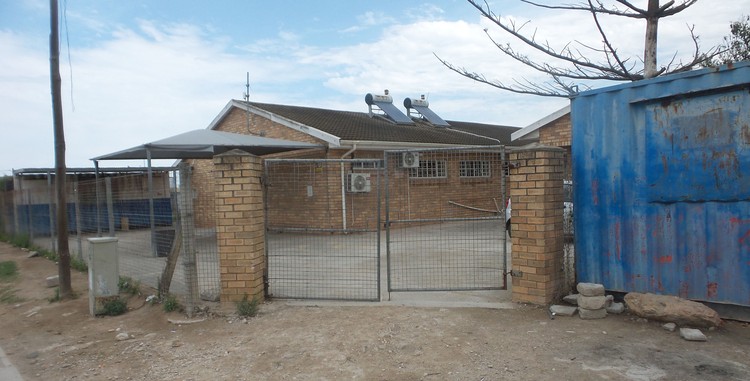 The clinic in NU11, Motherwell in Gqeberha is expected to open its doors on Monday after being shut down by angry community members since last Friday. This follows the death of 15-year-old Zenizole Vena. Photo: Joseph Chirume

The community of Motherwell in Gqeberha, Eastern Cape are preparing to bury 15-year-old Zenizole Vena on Saturday.

This comes as the clinic in NU11 is expected to open its doors on Monday after being shut down by angry community members. The clinic has been at the centre of an investigation by the provincial Department of Health following Zenizole’s death on 21 September after being gang raped.

It is understood that Zenizole was abducted on 17 September on her way to school in Malabar. She spent four days being drugged and raped by her captors.

Police spokesperson, Priscilla Naidu, said Zenizole was found in the streets on 21 September by a woman who assisted her. She said reports state that Zenizole appeared to be sick and was crying. “It is further alleged that she was raped by two males known to her. The woman took her to the clinic who then referred them to the [Motherwell] police station.”

“The teenager was crying and appeared to be having an epileptic seizure and was vomiting. An ambulance was immediately called to attend to her at the station. She suffered further epileptic seizures. When the ambulance arrived, she had already passed away,” said Naidu.

The news of the teenager’s ordeal sparked outrage in the community as her family questioned why the clinic had allegedly referred her to the police rather than keeping her there for observations.

However, health department spokesperson, Yonela Dekeda, said a preliminary report on the incident states that Zenizole was found to be “clinically stable” by clinic staff who then suggested she go open a case at the station.

“We do agree that there is room for improvement in the way the patient was referred to SAPS. The department will deal with any shortcomings identified during our investigation and appropriate action will be taken. This includes taking appropriate disciplinary action where recommended,” said Dekeda.

Spokesperson for Zenizole’s family, Mziyanda Vena, told GroundUp that they are considering taking legal action against the health department for negligence. “We are disappointed with what happened at the clinic. We are considering taking the case further. The suspects were arrested but released the same day after it was discovered that they were minors. It pains us that the suspects go past our gate freely and in a jovial mood. It’s very painful,” he said.

Following Zenizole’s death, protesting community members demanded that the NU11 be closed and prevented staff and patients from entering last week. The clinic apparently caters for the majority of Motherwell as well as surrounding wards.

Gqeberha Community Forum spokesperson, Solomzi Bene, pleaded with residents last Friday to allow the clinic to operate. This week, GroundUp spoke to forum members, who had gathered at the family’s home.

“We appealed with residents not to close the facility as it serves several areas in Motherwell. We told them that they should allow the law to take its course. The mayor, police and health department spoke with the family and assured them that investigations are underway.”

Bene said residents had agreed that the clinic would be fully operational by 3 October. “We agreed that the police and departments should be given time to investigate. The clinic should start operating fully on Monday.”