Do poorer communities have fewer plant and animal species?

A new study confirms that the “luxury effect” is real 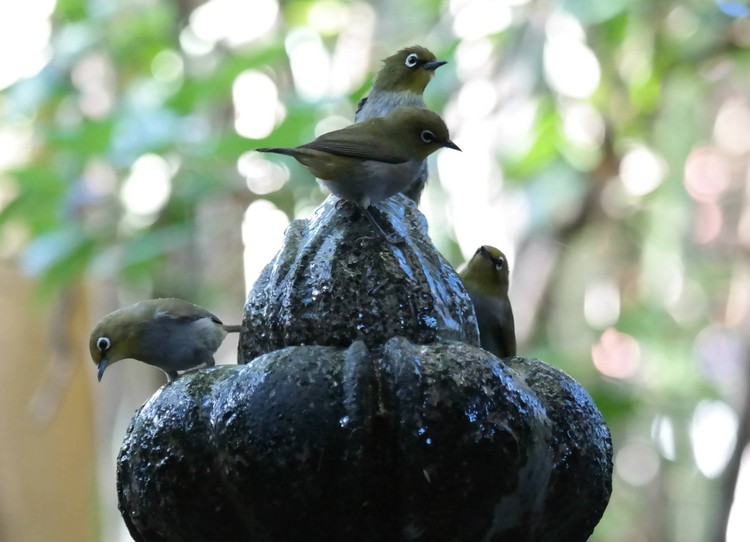 Wealthier suburbs in South Africa are more likely to benefit from the “luxury effect”, enjoying a greater number of plant and animal species, than less affluent places.

An international team, with researchers from South Africa, Italy, and Hungary, compared 96 studies undertaken in cities around the world, and found that biodiversity – the variety and abundance of species from plants to mammals – increased in wealthier areas of a city.

“You get more species in places where there are richer residents than poorer ones,” explains co-author Arjun Amar, an associate professor at the University of Cape Town. The latest paper, published this month in Global Ecology & Biogeography, found that the luxury effect was particularly true in drier areas.

“Biodiversity richness is one of South Africa’s important natural assets as it provides goods and services which are vital for human well-being,” according to the country’s department of environment, forestry and fisheries.

However, South Africa’s apartheid history means that this richness is not equally shared among its inhabitants, and that this division tends to fall along racial lines. This latest study shows that the country’s rich biodiversity is another area of inequity.

“A form of environmental racism persists,” Jacklyn Cock, honorary research professor at Wits University, argues in The Conversation. “Most black South Africans continue to live on the most damaged land, in the most polluted neighbourhoods near coal fired power stations, steel mills, incinerators and waste sites. Many are without access to clean air, water and services.”

This latest study adds to this body of evidence of environmental inequity. Pippin Anderson, an urban ecologist at the University of Cape Town, says that it is critical to demonstrate how this injustice manifests in cities and it is important to “join the dots to what that means”.

She gives an example of informal settlements, which are characterised by few trees and ground cover. “Think of the cooling, water retention that people lose out on, the increase in dust generation [because there aren’t plants to keep the soil in place],” she says. It is important to take the next mental step of what the lack of greenery and biodiversity means for people living in those places: “Yes, there’s no greenery, but what is the next step – people don’t have places to walk, they don’t get the psychological benefits [of experiencing nature]. You think of all those benefits that they are robbed of,” Anderson says. It’s a “major environmental injustice”, she says.

Biodiversity is a key component of the quality of life of city dwellers, but it is clearly not distributed equally across society, lead study author Prof Dan Chamberlain from the University of Turin said in a statement following the paper’s release. “Moreover, given that climate change will likely increase aridity in many cities, this inequality will become more pronounced in the future.”

More than half of the world’s population lives in cities, and the authors warn that “the degree of environmental injustice represented by the luxury effect may be amplified in the future, especially in arid regions”.

While this study is a metastudy, which is an overview of available research, some of the authors previously found that South African birdlife was also susceptible to the luxury effect. Published in 2019 in Global Change Biology, the study used data from a citizen science programme, the Southern African Bird Atlas Project. This project, which has collected millions of data points about the sighting of bird species across southern Africa over the course of decades, is funded by UCT’s FitzPatrick Institute of African Ornithology and the South African National Biodiversity Institute.

The researchers took the database and mapped it against 9km by 9km squares in urban areas to determine frequency and diversity of bird species, as well as the amount of land covered by buildings. They found that “species richness increased as income level increased”, although it started declining again as areas became more built up.

“Within South Africa, this is also divided along racial grounds – poorer areas, with a higher proportion of black households and a lower proportion of white households, had lower bird diversity,” they write in the paper.

This latest metastudy study, however, compared almost 100 studies like the bird one to test whether this effect was in fact real and, if so, what could be driving it.

The team found that water is at the heart of this phenomenon – something which is also a source of conflict in South Africa and scientists predict that the country will get drier as the climate changes. “The luxury effect relationship is likely driven by water provision,” says UCT’s Amar. “There’s two ways that can happen – because [wealthier] people are watering their lawn, have irrigation, water features, or pools; or it could be that naturally wetter areas in a city attract wealthier residents.”

Either way, water availability is something that city planners should keep in mind when planning cities or providing services, he says.

“The luxury effect is a bad thing,” Amar says. “We should have equal access. Town planners need to better understand that pattern” and ensure that water resources, such as lakes or water features, are “not bunched up in one place, and are equally distributed.”