Some scientists argue it will reduce transmission, but the South African regulator is worried 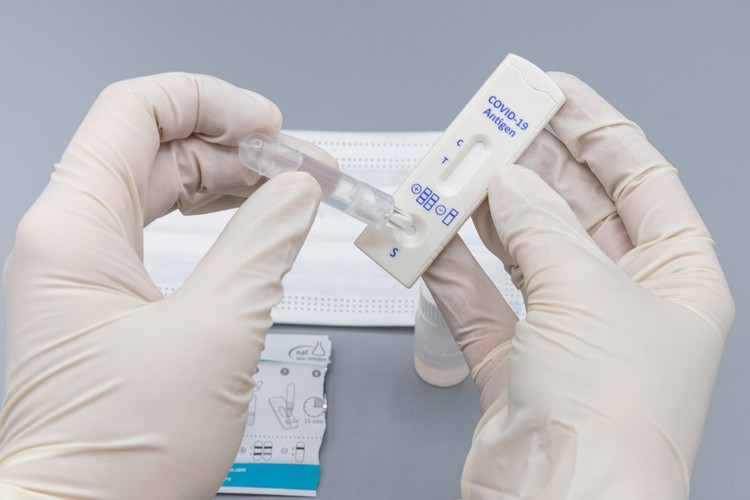 Is South Africa overlooking a vital tool for cutting down Covid infection rates?

In April this year, the UK government announced that it would provide free kits for rapid antigen testing to all. People are encouraged to test themselves using these kits twice a week, whether or not they have any Covid-19 symptoms. Recently, the United States has followed suit, announcing massive orders of these tests, also aimed at self-testing.

The idea is that people without symptoms should test themselves regularly using home kits, which are simple to use (much like pregnancy tests) and provide reasonably reliable results within 30 minutes or less. If the test shows a positive result, the person should go for a PCR test to confirm. In contrast to antigen tests, PCR tests have to be processed in a laboratory.

Antigen tests work by identifying the presence of the virus’s spike proteins in a sample taken from a person’s nose. These tests will identify the virus after a person has been exposed and infected for a few days. At this point, the virus has had time to replicate. This is the period when people are most infectious. PCR tests will typically identify an infection sooner.

In March 2020, the South African Health Products Regulatory Authority (SAHPRA), which regulates the use of all health products in the country, released the regulatory requirements for Covid-19 Rapid Tests. These have not been updated since.

According to National Department of Health guidelines, all rapid antigen tests should be conducted by health professionals and reported to the National Health Laboratory Service’s surveillance portal.

Yuven Gouden, spokesperson for SAHPRA, told GroundUp that antigen tests “are not helpful to guide decision-making regarding patient management, decisions around the need for quarantine, isolation or contact tracing. Against this background the risk associated with misinterpretation and misunderstanding of the results cannot be ruled out”.

The leading reason that rapid antigen tests are limited to use in healthcare settings is a fear of misinterpretation. The worry is that a person who is infected may proceed to act as if they are uninfected, and spread infection.

Antigen tests are, overall, less sensitive than PCR tests - they will pick up fewer infections. This means that a person using an antigen test instead of a PCR test is more likely to receive a negative test result. But antigen tests will show a positive result when it really counts.

The other benefit of antigen tests, apart from their much lower cost, is that they produce a result so quickly. This means people who are infected will know immediately, and can remove themselves quickly from situations where they would infect others.

But the real question when comparing antigen to PCR tests is whether people who are infectious, and therefore a risk to others, are more likely to test negative using an antigen test than a PCR test. The answer is no. Antigen tests are just as good as PCR tests when people are infectious. And because they can be easily repeated — the next day, for example — any false negatives are much less of a problem than with PCR tests.

The effectiveness of the antigen test does depend on a sample being taken correctly. However this is not a complicated procedure - a swab is inserted 2.5cm up the nose, or brushed against the tonsils.

Should South Africa be re-examining its position on antigen testing, and the decision to limit the administration of antigen testing to healthcare professionals?

According to an article in Nature, people should think of rapid antigen tests as “tests of infectiousness, not of infection.”

Consider a person with an infection but without symptoms. This person has no reason to go for a test. They will continue to operate as usual, interacting with others over a number of days and possibly spreading infection.

However, if they were doing regular home testing, or using it when they were most concerned about spreading the infection, for example when visiting an elderly relative, the person might know in time to isolate and prevent spreading the virus further.

People who work in a health care setting, an office, the hospitality industry or other setting where they frequently interact with others, need to be able to catch a possible asymptomatic or pre-symptomatic infection before they are in contact with patients, colleagues or clients.

Workplaces would like to limit the disruption to their operations that would follow from an employee coming into work with a Covid infection. Using these tests is unlikely to induce dangerous behaviour and more likely to promote safe behaviour.

Nevertheless, the use of antigen testing for public health is not a settled debate in the United Kingdom. Critics of the self-test programme argue that it is a waste of money, and that the tests are unnecessarily disruptive.

So despite being less sensitive, antigen tests are effective when used appropriately for a specific purpose: for picking up when a person is at a stage of infection where they are most likely to transmit to others.

We need to think how we can adapt our response to future waves of Covid-19. We are unlikely to be anywhere close to being fully vaccinated by December, when some have anticipated a fourth wave of infections will hit parts of the country. A fifth wave is also not inconceivable.

It may be too late now for the government to shift policy and mass-purchase cheap and reliable antigen tests suitable for home use in time for the fourth wave.

The introduction of widespread antigen testing is not a replacement for established, effective measures. It is another tool which could be used to reduce the number of infections in future waves.

Dischem, for example, offers rapid antigen tests at a price of R350 per test, with results available within 15 minutes. By comparison, PCR tests cost R850 and are usually available between two to five days after testing.

If the government pursued mass antigen testing, the unit cost of these tests could drop dramatically. Rapid antigen tests from twenty different manufacturers have been approved by SAHPRA for use by medical professionals, and major suppliers of antigen tests are rapidly ramping up supply.

International health organisation The Global Fund’s September 2021 document for pricing Covid-19 diagnostics suggests a cost of US$3 (R44) per generic rapid antigen test. In Germany, antigen tests are being offered for €1 (R17). In India, these tests go for R48. The US plans on spending $2 billion for 280 million such tests, putting the unit price at $7, or R104.

Next:  Mthatha families buy their own transformers to electrify their homes

SAHPRA's Shortsighted Paternalism Has to End

It is incomprehensible, 20 months since the start of this epidemic in South Africa, that SAHPRA continues to hold this uninformed control over SARS-CoV-2 antigen and antibody tests adding to the less than perfect public health response to and control of COVID-19.

There is sufficient scientific evidence globally proving the utility of SARS-CoV-2 antigen tests to prevent transmission in hospital environments, travelers, work places, correctional and care facilities and educational institutions. These tests are cheap, accessible, and quick and can be self administered. Serial repeated testing compensates sufficiently for the marginally lower sensitivities compared to PCR of antigen tests. Antigen tests can and do indicate SARS-CoV-2 infectiousness which deals well with the problem of PCR tests being positive for prolonged periods of time.

SAHPRA has shown limited understanding of SARS-CoV-2 antibody tests as well. As with all human viral infections measuring antibody responses is an important aspect of tracking the extent of the infection in communities, making a clinical decision about exposure in an individual, diagnosing the disease and measuring responses to vaccination. Yet they persist in setting impossible barriers to access these tests resulting in laboratories not being able to offer quality and cutting edge diagnostics.

It is a pity that SAHPRA thinks that South Africans are not capable of using antigen and antibody tests correctly and that they are the protector of the country. Most worrying is that SAHPRA mistakenly believes that they are more astute than every other regulatory body worldwide eg the FDA that has gone ahead and approved use of these tests including self administered antigen tests.