Covid-19 grant: no new applications will be considered, says SASSA

Beneficiaries still hoping the grant will be extended after 31 January 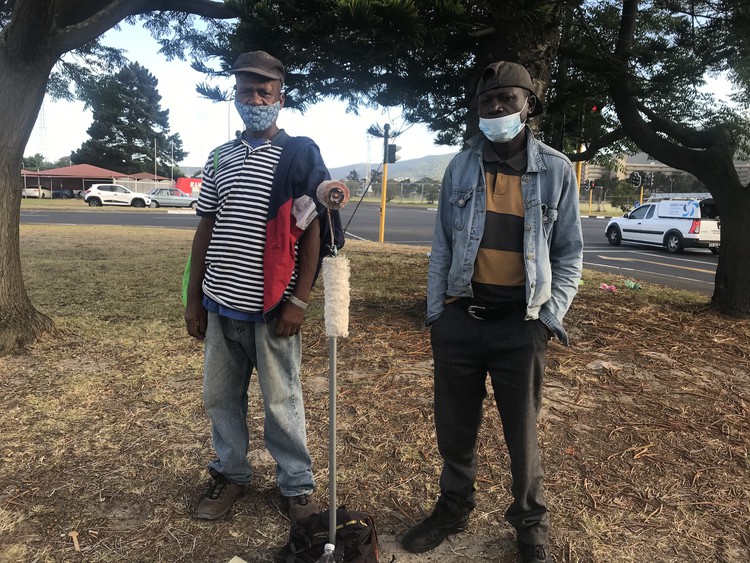 Among the job seekers who gather in the early mornings at the Point in Parow, Cape Town, is Simo Mbali, who lost his job in 2019 and has been living off the Covid-19 Social Relief of Distress grant. The grant is due to come to an end at the weekend but he hopes it will be extended.

On the circle close to Vasco Da Gama Football Club, painters, carpenters and construction workers are waiting, hoping to be picked up for casual work.

Mbali used to work for an excavation company but it went bankrupt in 2019. “The bosses ran away without paying us. We went to the labour department to report but they said the company was not registered in the system.”

Since then he has been working as a casual carpenter and builder. He hopes SASSA will extend the Covid-19 grant after 31 January and maintain it even when the pandemic is over. He also hopes the R350-a-month grant will be increased to R500.

Nearby, Tshepo Masemola is waiting with his paint brushes. He says his application for the grant was rejected and SASSA did not give him a reason.

He last had a permanent job in 2015 and has been living on piece jobs since then. He moved to Cape Town from Limpopo two years ago and his two children and wife are still in Limpopo. “Because of Covid-19 work is slow. There are times when I stand here two days in a row without getting work. I need food and money to pay my rent at the end of the month.”

Masemola says he wakes up at 4am to take a taxi from Khayelitsha, arriving in Parow at 6am. If he is lucky he will be paid between R200 and R450 a day. “Sometimes the person who picks me up has work for about three days.”

Peter Plaatjes is a bricklayer who has worked on many houses in Parow. He was retrenched five years ago. “Since Covid-19 there is no work so I am trying my luck here.”

His application for the Covid-19 grant was also rejected.

SASSA spokesperson Paseka Letsatsi said new applications for the grant would be closed from 1 February 2021, but people who had applied in November, December and January and whose applications had been rejected would be able to apply for reconsideration until 28 February.

Letsatsi said 9,688,676 people had applied and more than 6,400,000 applications had been approved. Applications from people who have other income, including from other social grants, are rejected, Letsatsi said.

Civil society organisations have called for the extension of the Covid-19 grant and an increase to at least R585 a month (the food poverty line). This comes after over 278,000 people signed an online petition led by the Black Sash calling for the government to implement a Basic Income Grant. In a Zoom press conference on Thursday, the Black Sash, the C19 People’s Coalition and the Institute for Economic Justice said they would request a meeting with the President, the Minister of Social Development and the National Treasury.

“It is absolutely crucial that this matter is resolved. The Government knew to expect a second wave and should have put the necessary protective measures in place for individuals, households and businesses devastated by the economic crisis. And yet, we all have been left waiting for a response,” said Daddy Mabe, from the C19 People’s Coalition.

The organisations are also demanding a reassessment of the criteria for qualifying for the grant.