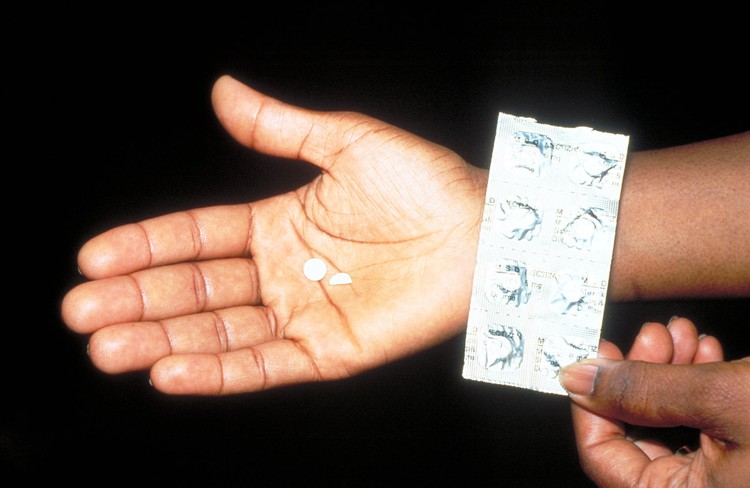 Many doctors GroundUp has spoken to are sceptical of using ivermectin before a clinical trial shows whether it is effective. Photo: “Distribution of ivermectin.” by Community Eye Health is licensed under CC BY-NC 2.0

A court challenge aimed at legalising the use of ivermectin in the treatment of Covid-19 — and giving doctors unfettered discretion on how to administer it — has been settled.

The North Gauteng High court application was launched by GP Dr George Coetzee, two of his patients, and Afriforum “in the public interest”. They claimed the drug — not registered in South Africa for human use — “may well be the wonder drug that can save the nation”.

And they wanted a judge to force the South Africa Health Product Regulatory Authority (SAHPRA) to declare it a “safe drug”, subject to it being properly administered by a medical practitioner.

SAHPRA did not file opposing papers. Instead, on Wednesday last week, it said it would approve individual applications, in terms of its section 21 process (named after section 21 of the Medicines Act), for its use “on compassionate grounds”.

“Our concern is the section 21 process is still extremely defective and administratively burdensome.”

Now the parties have filed a draft order, likely to be made an order of court on Tuesday.

It states that in terms of this programme ivermectin will be made available, subject to section 21 applications, and that anyone can access it via this process.

Medical practitioners may apply for access and where they believe urgent access is required, and ivermectin is available, treatment may be initiated at the same time as the application is made.

In terms of the process, medical practitioners will have to report back to SAHPRA on any adverse side-effects which, SAHPRA says, will be used to collect much needed data on the performance of the drug, pending proper clinical trials.

The applicants were also seeking a declaratory order that medical doctors and pharmacists be allowed to compound medicines, particularly those containing ivermectin, in a quantity required for treatment of their patients.

This issue will be held over for determination by a court at a future date after more papers are filed during the course of this month.

But many doctors GroundUp has spoken to are sceptical of using ivermectin before a clinical trial shows whether it is effective. There is no consensus on what dose, form, duration or stage of illness the drug can or should be taken. In the Daily Maverick on Friday Dr Aslam Dasoo wrote: “The authority, designed for a normal functional democracy, was unable to withstand abnormal pressure from lobby groups and its decision shows up the lack of protection from a strong government.”

Next:  “We are desperate”: Covid-19 grant beneficiaries still hope for a reprieve