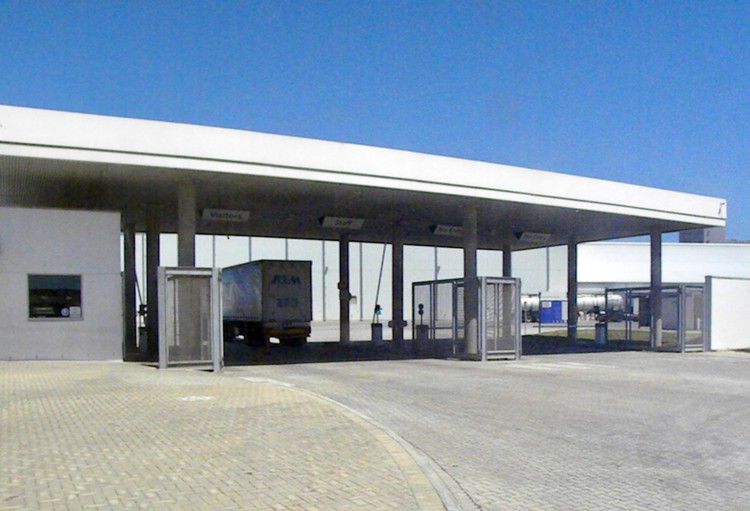 On Wednesday the Clover SA depot in Perseverance, Port Elizabeth, was operating in spite of a strike. Photo: Joseph Chirume.

About 2,000 workers are on indefinite strike at Clover South Africa nationwide since Tuesday, according to the General Industrial Workers Union of South Africa (GIWUSA).

They are demanding a 16% wage increase, and that all employees contracted by labour brokers be employed permanently by the company.

The union accuses Clover SA of passing on the Covid-19 financial burden to its workers. The union has called for a general boycott of all Clover SA products.

Clover SA offered a 5% increase from 1 July 2020, which was rejected and wage negotiations broke down, according to a statement by the company.

It said it has contingency plans to ensure continued if limited production. On Wednesday, when GroundUp visited the Clover depot in Perseverance, Port Elizabeth, it was operating. An official who did not want to be named said things were normal at the plant.

In a statement on Sunday, GIWUSA said, “This frontal attack on wage levels is meant to protect and maximise profit levels.”

“Clover SA worked throughout the lockdown where workers continued to produce and distribute the product of the company and, in this way, workers risked their lives to produce and make available essential food stuff.”

CEO Johann Vorster said Clover “has been subject to a difficult trading cycle for a number of years”.

He said, “While Clover’s operations were declared essential services and continued to operate through the lockdown, the additional expenses incurred to do so, including to protect employees and other stakeholders, came at a significant cost.”

One Life Lost During Clover Strike

We appeal to all customers to boycott Clover SA products and for the government to sue the Clover company. One employee from the Clayville branch died during the strike. His name is Khilson Manaka – may his soul rest in peace.