Wolwerivier five years on: “We’re as desperate as the day we moved in”

It’s frustrating how little has changed in this “incremental development area”, say residents 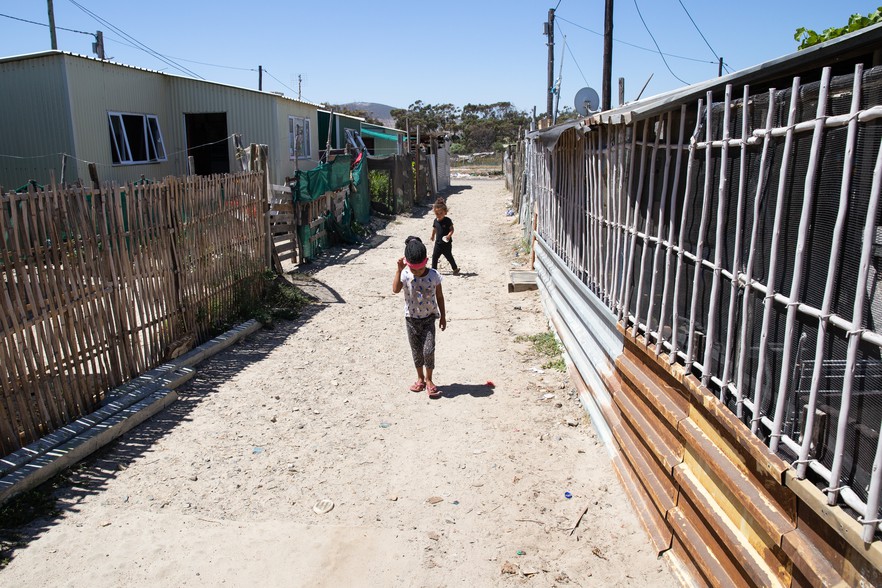 Wolwerivier, created by the City of Cape Town, started taking in residents in July 2015. More than five years later there are no plans for the development to expand and residents feel that the place is overcrowded and needs facilities such as play parks, schools and vegetable gardens. All photos: Ashraf Hendricks

The settlement of Wolwerivier, about 30 km from Cape Town’s city centre, is classified by the City of Cape Town as an “incremental development area”. But five years since it was created, there hasn’t been much “development”, say the families who live there.

Magdalene Minnaar moved into Wolwerivier in April 2016. She had been living on a nearby farm with 22 other families, with no electricity and shared water points and toilets. Her new home in Wolwerivier has a toilet, running water and electricity, but when she moved in she found the lack of space depressing. “I stopped cooking completely. I was just sleeping,” she says.

Minnaar had to give away a lot of her furniture as it would not fit in the smaller space.

Over the years, she says, it’s frustrating how little has changed in the area. Parks for children to play, trees and a place for the learners to study are needed, she says. “The kids play in the bushes. In the rubbish.” 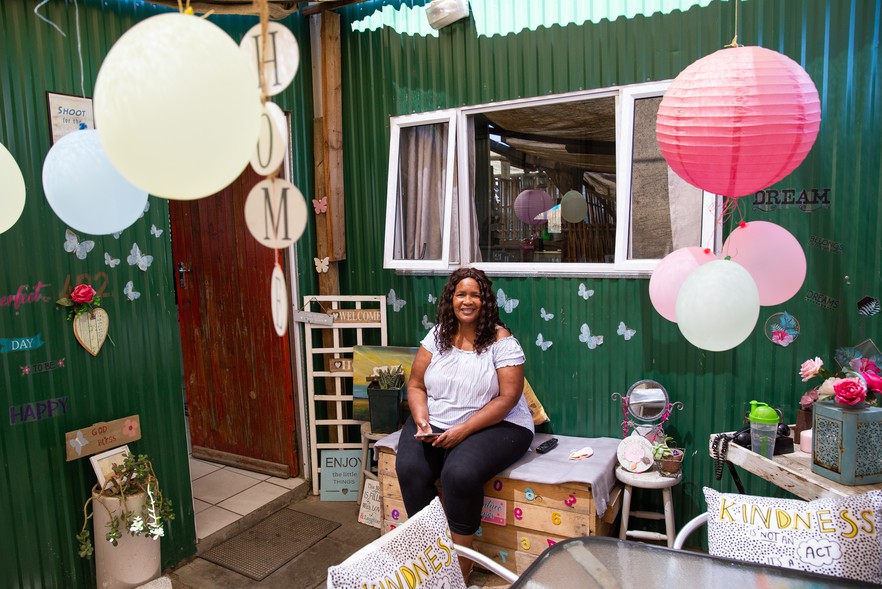 Magdalene Minnaar has turned her home into a place of hope and peace for herself and the community. “I had to find a way to be happy”.

Wolwerivier was set up in 2015 with about 500 corrugated iron units to house families from informal settlements, including Skandaalkamp. Homes have water, sanitation, electricity and there are some services including a creche, a clinic and access to public transport. But Minnaar, who runs a feeding scheme, says about 5,000 people live there now, many of whom don’t have an income. “There’s no work. They build hokkies and they rent them out.”

Xolwelwa Somkence moved from Skandaalkamp with her three children aged 12, 8 and three. “The houses were very beautiful,” said Somkence. But five years later, Somkence’s 17 year-old-son sleeps on the couch and her two daughters sleep on the bed with her. There is no room for her partner to stay.

“Not all of us have the money to extend the house. So it’s a bit hard,” she says.

Access to shops and churches is a struggle,”she says. Wolwerivier only has small tuck shops and the closest stores are in Dunoon, a R27 return trip away.

“My child went to school without socks because I don’t have bus fare to go there, but I have the R10 to buy the pair of socks,” she said. 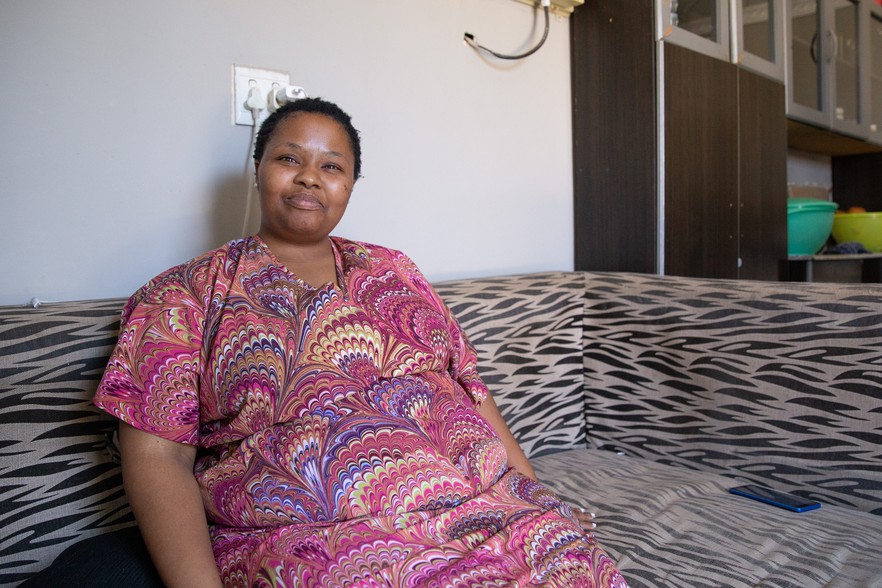 “Wolwerivier is both an emergency accommodation settlement and an incremental development area,” said Malusi Booi, the Mayco Member for Human Settlements. He said the intention “was to provide immediate assistance to vulnerable residents in the vicinity” and improve their living conditions.

He said the larger families had received two units when the development started. “Rightful beneficiaries” could approach the City to apply for permission to extend their units, he said. But many families had unlawfully rented out or extended their units.

Buhle Booi, head of political organising at Ndifuna Ukwazi, said population growth had since become a big issue. Some homes have more than five people and “they haven’t been allowed by the City of Cape Town to expand”. Some families have fled the overcrowding to occupy municipal land next to the camp, he says, from which they are often evicted.

At one point the City planned on expanding the area to 4,500 homes, but that was later scrapped. 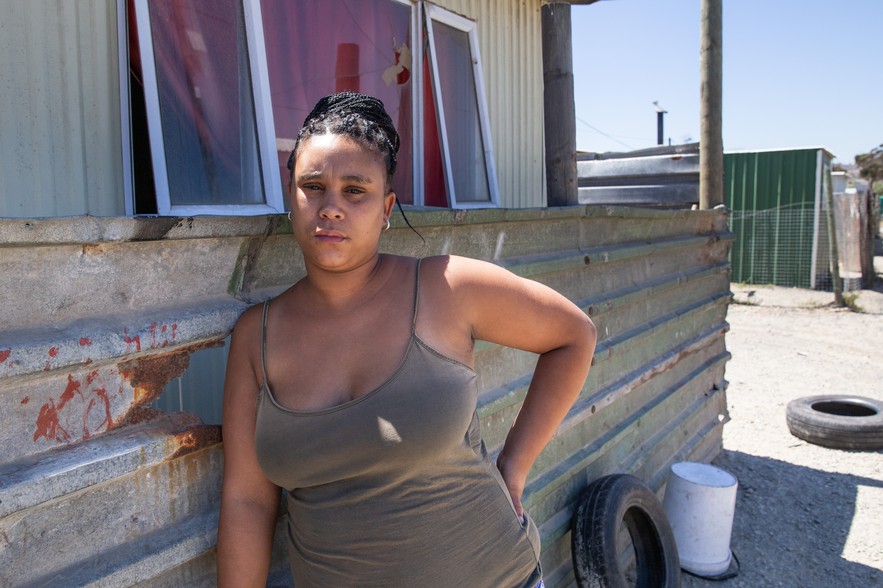 When Meceala Dick moved from Skandaalkamp to Wolwerivier she felt that it wasn’t much of a change as she was still living in a zinc house. But as time went by she came to prefer it. “We are not walking to a tap. We have a toilet,” she says. “It’s better to stay here because it’s quiet. It’s better for our kids and it is safe,” she said. Dick says she would like to see a play park for the kids and the street lights fixed.

Nikki Pretorius started Sunshine Educare in Skandaalkamp and moved the crèche to Wolwerivier when the residents were relocated. Five years later, things have become “stagnant”, she says.

“It just feels like we haven’t gotten anywhere.” says Pretorius. “We’re still as desperate as we were the day they moved in.”

Growing food for subsistence was a part of people’s lives before they moved to Wolwerivier, she says, but there isn’t enough space in their homes and yards to grow vegetables. “And there’s no open piece of land designated for people to cordon off areas where they can go grow a little bit of food for themselves”.

Grant Twigg, the City’s Mayoral Committee Member for Urban Management, said that the City had budgeted for farming initiatives suggested by the community. The suggestions included chicken farming, food gardening and borehole irrigation.

Wolwerivier has a large population of children and there is nowhere for them to play. “There’s no safe place for the kids to just hang out and be kids,” says Pretorius, and the streets are filled with dust and stones.

Pretorius says the area has grown exponentially and shares the estimate of around 5,000 people. She says that there is a lot of movement and that many of the people she worked with at first no longer live there. “It’s becoming like a faceless place, where before it had so much social structure,” she says. 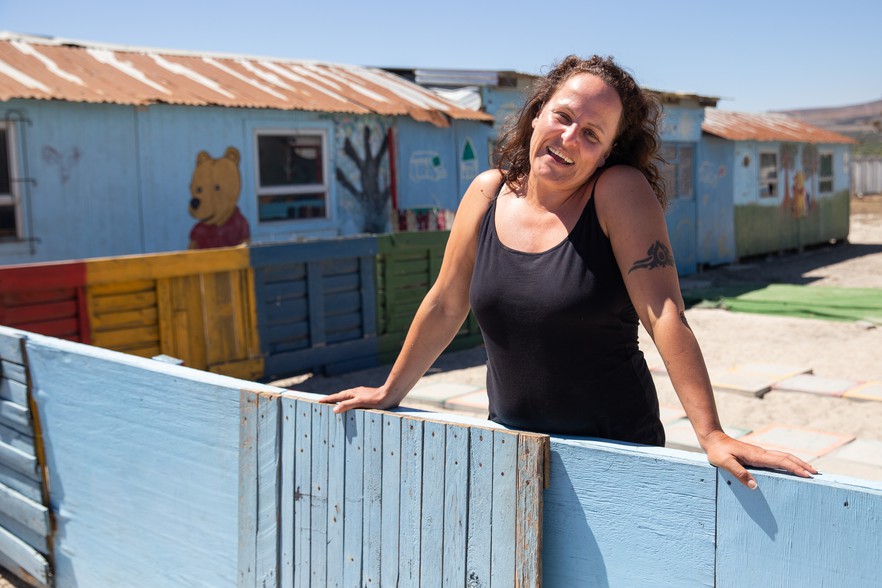 Nikki Pretorius moved her free crèche from Skandaalkamp to Wolwerivier. More than five years later, she says, progress in Wolwerivier has become “stagnant”.