Why the “war” against bacteria is the wrong strategy

Part two in a series on antibiotic resistance 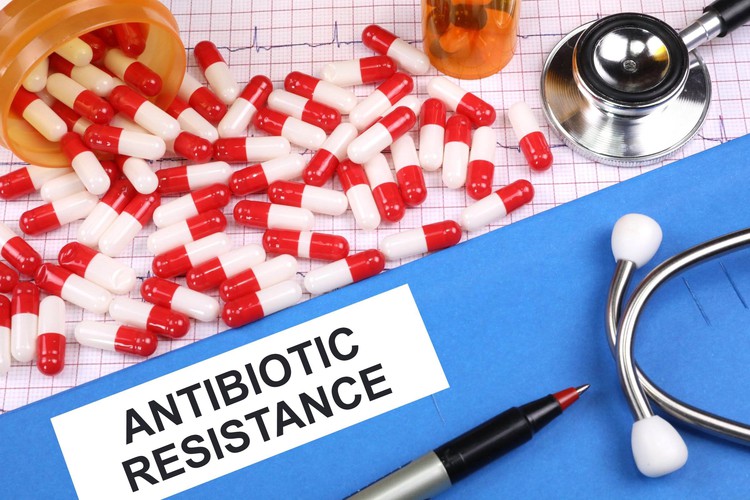 Increasing numbers of antibiotic resistant bacterial infections in South Africa and across the world are everybody’s problem.

The loss of working antibiotics affects how we may need to treat you for what used to be straightforward everyday infections, how we prevent you getting infected when you need treatment for cancer, transplantation, HIV and other immune suppressing illnesses.

It also threatens your chances of having a successful surgery if more wounds become infected and can’t be treated.

Bacteria and other microorganisms comprise the earliest life on Earth, found as microfossils in Australian rocks dating back 3.5 billion years.

Bacteria (and fungi) in soil produce antibiotics, chemicals that give bacteria a competitive advantage for the resources they need by killing off the competition. Soil bacteria and fungi are the origins of most antibiotics we manufacture today.

Read part one: There’s another pandemic we should be focused on: antibiotic-resistant infections

To make the concept of resistance easier to understand, let’s consider an example that we’ve all been exposed to far too much in the last two years: Covid-19.

Since 2020, we’ve heard a lot about how SARS-CoV-2, the cause of Covid, develops changes in its genetic code (mutations) when it replicates. Mutations in the viral genes responsible for producing its spike protein have allowed variants to overcome or ‘resist’ some of the actions of vaccines and certain drugs used to treat Covid. In other words, these mutations have given the virus a survival advantage.

The process and benefits of mutations are very similar in bacteria — and it dates back billions of years. Antibiotic resistant bacteria have been found in pristine Antarctic and Alaskan soils untouched by mankind.

Just like coronavirus mutations, some mutations in the genetic code of bacteria, which occur at random during replication, give the bacteria that possess them a survival advantage by being able to resist the action of one or more antibiotics.

The critical point is that the more antibiotics that are around in the soil, the more survival advantage bacteria possessing different resistance mutations will have. Given the right circumstances, those antibiotic resistant bacteria will thrive.

Another important piece of information on bacteria: Pieces of bacterial genetic code carrying the resistance mutations can also be transferred to other types of bacteria that are in close proximity.

If all this was just going on happily in the soil, we probably wouldn’t be too fussed. But it’s not. Fortunately (or unfortunately depending on how you look at it), humans aren’t all human. Nor are other animals all animal, including those that we eat.

We exist in a mutually beneficial relationship (symbiosis) with trillions of bacteria that live in and on our bodies. Our skin, gut, and other organs all contain bacteria collectively referred to as our ‘microbiota’, a microbial ecosystem.

The vast majority of bacteria that live in symbiosis with us are harmless and do not cause infections in humans. But some are what we call ‘pathogenic’ bacteria, which have that potential. Because resistance genes can also be transferred between bacteria, one or more resistance mutations in a harmless bacteria could be transferred into a pathogenic one, making a bacterial infection that you get, more likely to be resistant.

Why do we have this microbial ecosystem?

Our symbiotic bacteria perform critical functions for us, ranging from helping us digest plant material to helping determine how our immune system functions. They in turn get a cosy (and generally safe) place to live, and nutrients to help them survive.

Since penicillin’s first use in 1942, followed by the discovery and use of different antibiotics to treat infections, the bacteria in and on our body have responded in the same way as their counterparts in soil.

Some of our bacteria will have a mutation that allows them to resist the action of the antibiotics and gain a survival advantage. They are not killed and given the right conditions, flourish in and on our body. The next time that person gets an infection, it is more likely to be with one of those antibiotic resistant bacteria. A different antibiotic will be needed to which some bacteria will have resistance, and the cycle may continue.

So, just like in the soil, the more our symbiotic bacteria are exposed to antibiotics that we take, the more likely it is that antibiotic resistant bacteria will gain the advantage, thrive, and cause infections that are difficult to treat. If the cycle of exposure-advantage-exposure continues, it can reach the ultimate conclusion of an infection against which no antibiotic is left.

Sadly, antibiotic resistant bacteria on the skin can also be transferred to other people by touch. This is a particular problem in hospitals and other health settings if health professionals don’t wash their hands properly.

The sad truth is that we have been using and abusing antibiotics to treat any number of non-specific symptoms and non-bacterial infections – viruses such as the common cold and most diarrhoeal illnesses are just two examples – against which antibiotics are about as useless as a 3-pin plug for a 2-pin socket. All they do is create more antibiotic resistant bacteria and cause unwanted side effects in those taking them.

Moreover, what happens in humans happens in animals. We have abused antibiotics in food production systems to get animals to market quicker, generating antibiotic resistant bacteria in animals that can enter humans via the food chain.

Also, antibiotic manufacturing plants have been pumping waste containing antibiotics and their products into the environment, increasing the cycle of resistance build up in the soil and waterways. This in turn can affect food production animals and humans. In the next article in this series, we will explore the ‘One Health’ (human, animal, and environmental) aspects of antibiotic resistant bacteria, and how when you misuse antibiotics, it can affect others.

But for now, know that: the ‘war’ or ‘fight’ is not against bacteria, but against humans who misuse and abuse antibiotics to an extent that 1.3 million people died due to antibiotic resistant bacterial infections in 2019.

We are killing ourselves because of our own folly. If we are to limit this in the future, we are going to have to radically change the status quo.

Next:  Hundreds of people conned out of R800 in jobs-for-cash scam