We explain what the courts have ruled 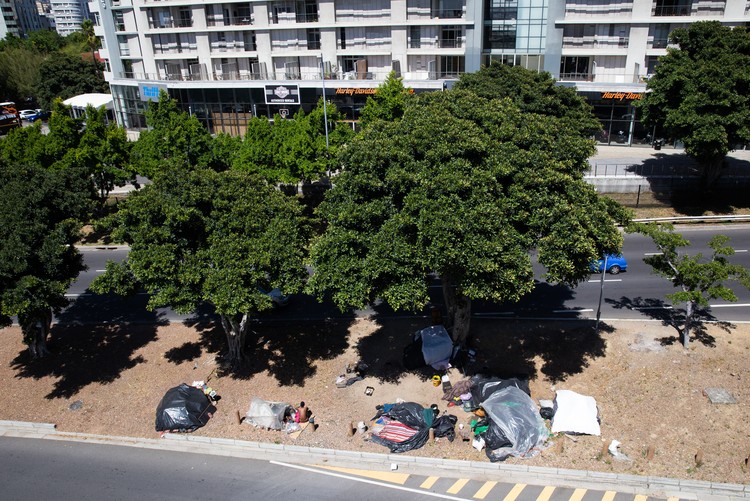 Since the Covid pandemic began, occupations of public land by destitute people have increased in various parts of the country.

Below, we explain what the law currently says about when the government can lawfully remove people from public land and under what circumstances.

The Constitution states that no one can be evicted from their “home” or have their “home” demolished without an order of court.

This means that someone who has established a “home” on public land (whether lawfully or unlawfully) has a constitutional right to not be evicted or removed until a court has made an order that authorises the eviction to take place.

It also means they have a constitutional right to insist that any structures they have erected on the occupied land, which qualify as a “home”, cannot be demolished or removed until a court makes an order allowing this to occur. For example: if someone erects a shack on public land, and that shack is their “home”, the shack cannot be demolished without a court order.

If the government (or a private person) evicts someone or demolish their home – without first obtaining a court order – they are acting unlawfully.

The Prevention of Illegal Evictions Act (PIE) is the main law that gives effect to the constitutional right of everyone not to be arbitrarily evicted from their “home” and not to have their “home” demolished without a court order. It also regulates the process that the government must follow before it can lawfully evict people from public land.

According to PIE, the government can only evict someone from a “home” they have created on public land after the High Court or Magistrates Court makes an order allowing the eviction to take place. PIE also allows the court to make an order authorising the government to demolish or remove any structures built on the land. This could include structures which qualify as a “home”, such as a shack or a tent.

PIE, however, also states a court can set whatever conditions it thinks will be “reasonable” regarding the demolition or removal of structures erected on the land. This could include, for example, an order requiring the government to return any materials used to build a shack to occupiers after their eviction.

The PIE Act also states that a court can only make an order which authorises an eviction, or the demolition of a “home” on public land, when two main requirements are met. Firstly, it must be shown that it would “just and equitable” to allow the eviction. Secondly, it must be in the “public interest” to evict the occupiers from public land.

To determine whether these two requirements are met, the PIE Act states that the court must consider “all relevant factors”. These factors include

The PIE Act also contains several requirements designed to ensure that anyone evicted from a “home” they have built on public land are given a proper opportunity to argue why an order authorising their eviction, or the demolition of their home, should not be made by a court.

For example, the PIE Act requires, among other things: that anyone who may be evicted must be given 14 days notice of eviction proceedings, must be informed of the basis for their proposed eviction and advised of their right to oppose the case in person or to request that a lawyer from Legal Aid be appointed, if they cannot afford to pay a private lawyer.

When does the PIE Act apply?

The PIE Act will only apply when the government (or a private person) wants to evict or remove someone from land or property that the occupier regards as their “home”. When the property is not their “home”, the requirements in the PIE Act will usually not apply.

The building or structure must still constitute a “home” before it becomes necessary for the government to obtain a court order under PIE to evict people from public land.

This means, for example, that a temporary holiday home will not constitute a “home” in terms of the PIE Act. This is because a holiday home is not someone’s primary residence and is not occupied by them on a permanent basis. Similarly, the Supreme Court of Appeal has ruled that when a structure is erected and taken down each day, it will not constitute a “home” under the PIE Act. For example: when people erect makeshift structures out of cardboard each day and then take the structures down and put them up again, the structure will not be a “home” (this decision by the Supreme Court of Appeal has however been heavily criticised).

The courts have also held that, depending on the circumstances, a structure need not be occupied for a long time before it becomes a person’s “home”. For example, in one case, the Western Cape High Court found that a structure which had only been occupied by homeless people for 24 to 48 hours was their “home” and that they could not be evicted without a court order in terms of the PIE Act.

Where the authorities have removed people from public land, they have often argued that it was not required to comply with the PIE Act because the structures on the public land were not “homes”. The government has usually argued the structures were not “homes” because they were not yet completed, were unoccupied or were not the occupiers’ primary residence. Generally, the government has not had much success with these arguments in court.

The defence of “counter spoliation” says that when someone unlawfully interferes with the possession of someone else’s property, the wronged person can take the law into their own hands (when certain requirements are met).

For example: when a landlord tries to unlawfully lock a shop owner out of their shop, the shop owner could take the law into their hands and break the locks provided that this is done immediately.

This is according to a recent High Court judgment where the City of Cape Town removed various people from government land in Khayelitsha, and demolished various structures they erected, without first obtaining a court order in terms of PIE. After the occupiers challenged the City’s decision to remove them from the land without a court order under PIE, the City relied on the defence of counter-spoliation.

According to the High Court judgment, counter-spoliation is not necessarily inconsistent with the constitutional right of everyone not to be arbitrarily evicted from their home, or have their home demolished, without a court order in terms of the PIE Act.

The court found that in this case counter-spoliation could not be used by the City as a basis to remove the occupiers without a court order.

This was because the structures had already been erected before the City took steps to demolish them and remove the people. This meant that the City did not act instantly and could not rely on counter-spoliation.

But, even where the government does successfully use counter-spoliation to remove people from public land without a court order, the government still has a duty to provide emergency housing or accommodation to people who are removed. Where counter-spoliation cannot be used, and someone establishes a “home” on public land, then a court order in terms of the PIE Act must be obtained before they can lawfully be removed from the land.

The author is an attorney of the high court.

More about Views on housing series

Next:  Fate of NUMSA’s funeral insurance company hangs in the balance

Previous:  Returning Zimbabweans battle to rebuild their lives in Harare

What about the Unlawful Occupation of Land?

Let's refer to the Act by its correct title, The Prevention of Illegal Eviction from and Unlawful Occupation of Land Act.

To not do so clearly shows bias towards the unlawful occupier.