Residents believe their area will be safer without illegal connections 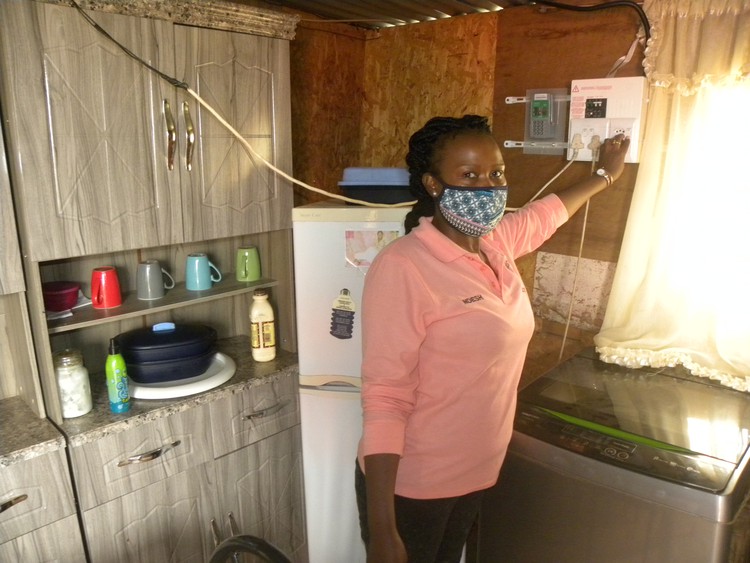 Nomonde Gwedashe has been living in Westville for more than ten years. On Monday, her home was among 1,000 shacks to get electricity from the municipality. Photo: Joseph Chirume

A thousand shacks in Westville, Port Elizabeth received official electrification for the first time on Monday. It was part of the Nelson Mandela Bay Municipality’s plan to address its housing backlog of 80,000 which has seen informal settlements mushrooming across the city.

The Westville informal settlement is one of the oldest in the city. Residents have for years been relying on illegal power connections, which led to a number of protests. At least two children have been electrocuted by uncovered wires.

Westville Residents Community chairperson Sipho Ntsondwa said the power had been switched on at 1,000 of their 1,250 shacks. “We are happy that we now have electricity and the area is bright at night.This is good for everybody because informal connections were dangerous for our children. I hope the municipality will do the same for the 250 remaining shacks,” said Ntsondwa.

Resident Nomonde Gwedashe has been living in Westville for more than ten years. She lives with her boyfriend and their young child. “Our lives will improve. I am glad that I can live a better life and will use my electricity sparingly.”

Mayoral Committee Member for Electricity and Energy, Luxolo Namette said the electification of the remaining shacks could not be completed because they ran out of circuit breakers. He assured the community that they would return and complete the project in February.

Next:  Covid-19: Cookhouse police accused of beatings during curfew